Russell Crowe has knocked it out of the ballpark with his directorial feature debut The Water Diviner. 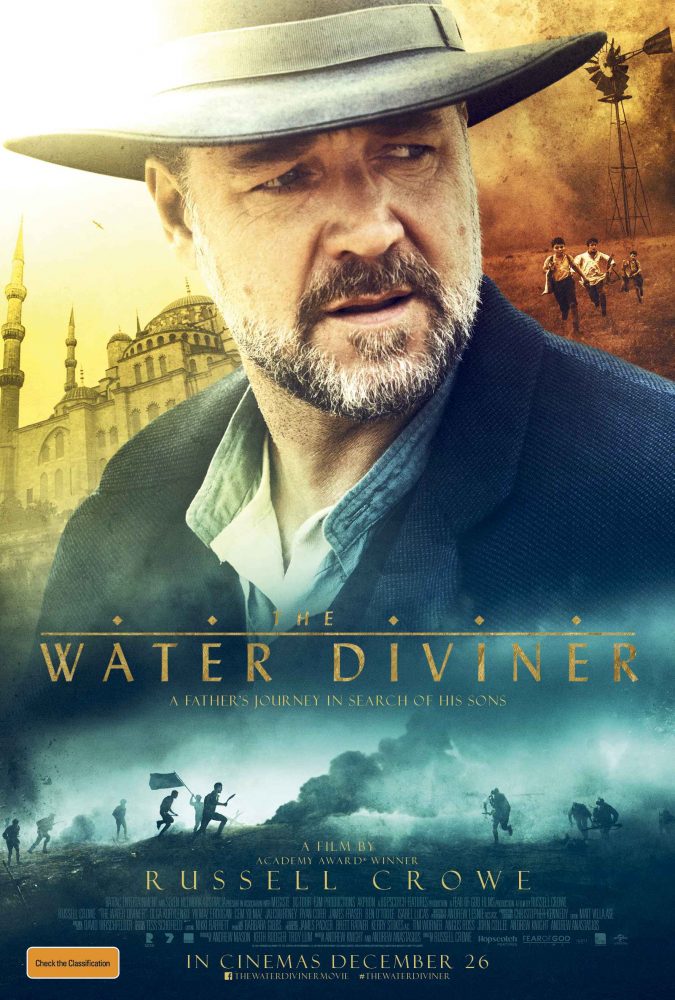 The film deserves the 8 AATCA nominations it earned and I predict Oscar buzz too.

Yep, it’s that good.  And I don’t say this because I mindlessly support Australian film with grubby, false affirmative action flavoured reviews. 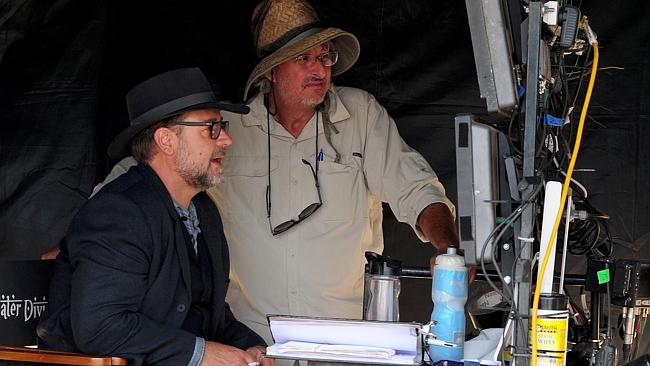 The simple fact is the film can’t win Crowe the Best Director AACTA award because he wasn’t nominated.  Considering the power and strength of this directorial effort, is it an attempt to keep an actor in his place?  Sure, Crowe is one of the greatest contemporary screen actors on the planet so awards are expected in that category.  And also considering who has made it into the Best Director category over the years in the local film awards, omitting Crowe is a glaring oversight.

On the upside, The Water Diviner is the 2nd most AACTA-nominated film for 2015 including a Best Picture nod.  We find out who wins the Aussie gold when the Awards are handed out January 29.

Do we need another story about Australians at war?  Well, yeah, we do.  Australia keeps a lot of mythology alive that is somewhat fictional and feeds into the war dichotomy of ‘we were the Good side and they were the Bad side’.  The reality of Gallipoli is – we invaded another country and they defended themselves, they lost many more lives than we did and the British were not looking out for our best interests. 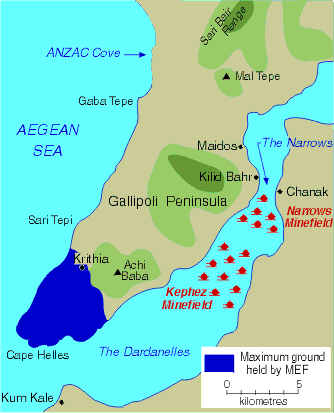 The Water Diviner is a superb story, perfectly cast, told with stunning cinematography. 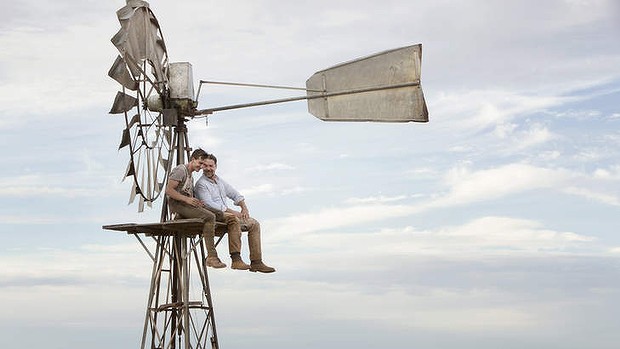 It’s an ode to the catastrophic trauma and loss war inflicts on everyone and everything. 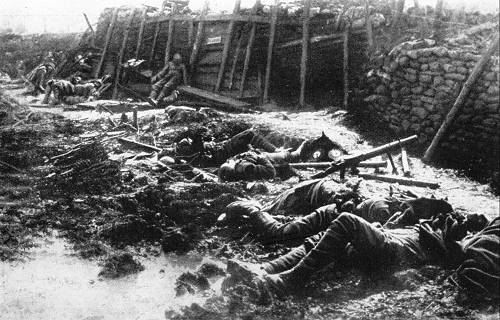 The film is set at a time when the world was shell-shocked after The Great War (1914-18).  Millions died en masse in grimly inventive ways as the industrial revolution showed off its evil side with the ingenious design and production of bombs, machine gunnery and gases. 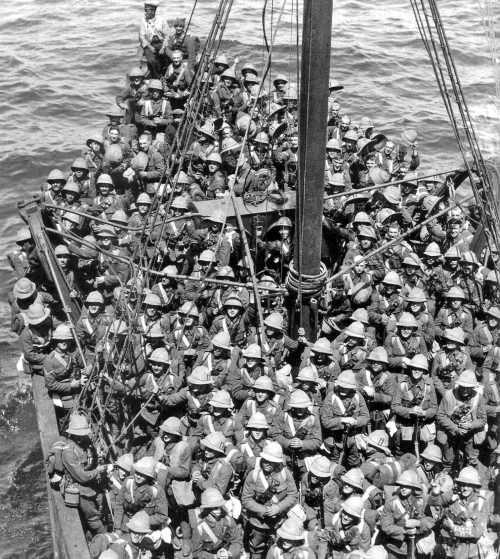 The Water Diviner brings this reality home with a story of what this war did to a family in rural Australia.
Russell plays Josh Connor – a man of the land in a way only an Australian bloke can be. 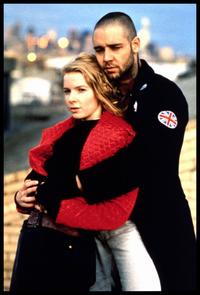 It’s interesting to note he’s re-teamed with Jacqueline McKenzie.  She played his girlfriend in Romper Stomper (1992) the film that launched Russell internationally as an actor.  Now, she plays his wife in a film that will launch Russell as a director.  He’s got an Oscar and 30+ years of A grade experience but early work indicates Russell was at the top of his game at the get-go.  Still, it’s easy for a person to be good in one field of an industry and flop in another.  A bunch of craftsmen might build a great home together but that doesn’t mean the plumber can do a good paint job.

In a nutshell, The Water Diviner tells the story of 3 sons who go to the war at Gallipoli and don’t come home. 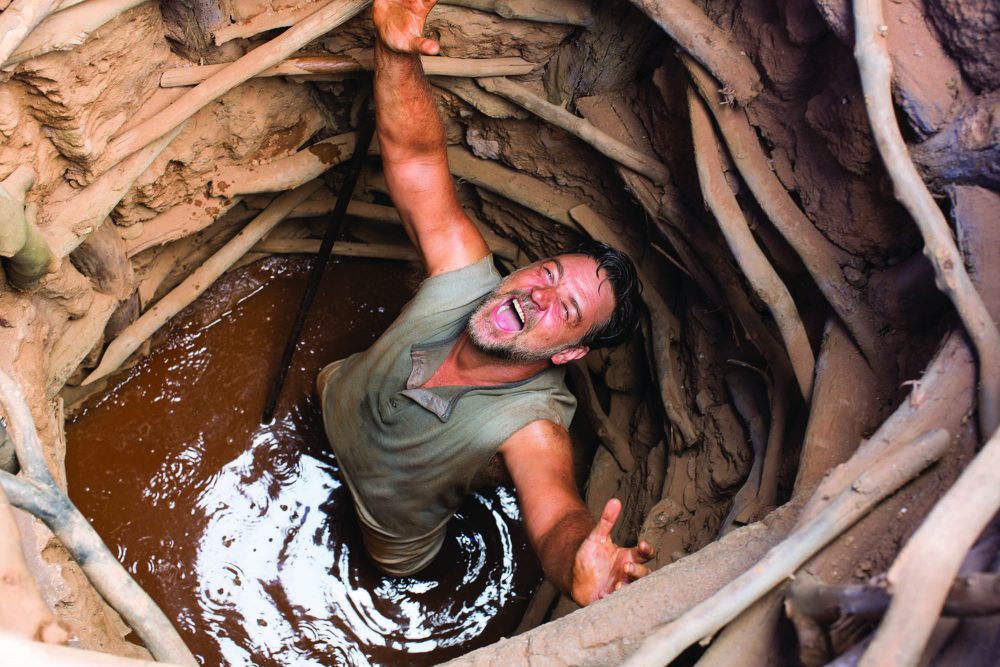 The art of telling this story is in the wonderful metaphor of the title.   The Water Diviner.  Connor is a man who knows what he wants and knows how to get it.  He knows how to find things in the world, in other people and in himself.  He is a complex man who keeps life simple.  Earthy with a deeply spiritual alignment with Nature, he’s much more than a just man of the land.

Water divining is often dismissed as superstition but Connor is good at it.  He is also a man who can imbue superstition with powerful belief than manifests in reality.  He gives his 3 sons a code word to feel safe and it works.

This dust storm sequence also illustrates his mettle.  Instead of running away from a shitstorm of trouble, Connor rides into it because the best way to deal with what life throws up is to go through it, protecting the ones we love as best we can along the way.  Also duly noted – Russell is an A grade horseman.

Is it just me or does Russell have quintessential, definitive, undeniable manliness underpinning every character he portrays while other contemporary actors pretty much just ‘have a go’ and ‘do all right’ at it?

Even in his directorial debut, there’s no doubt Crowe knew what he wanted on set and in each frame.  He sums up the 3 essentials at the beginning of this behind-the-scenes clip with some great footage of the actors’ boot camp.

I also want to acknowledge the outstanding work of the entire production team.  Some cinema-goers may scoff at the significance of Best Editing and Best Sound awards – but when these elements aren’t good, you notice it big time.

And wait until you see the cinematography.  Not sure why I thought of The Lord Of The Rings when the film started – might have been the font of the credits – but more likely to be the fact that Andrew Lesnie shot it.  He picked up an Oscar for The Lord Of The Rings.  He, too has kicked it out of the ballpark and was also passed over for an AACTA nod.

When it comes to casting, the actors playing the Turkish guys almost steal the show. 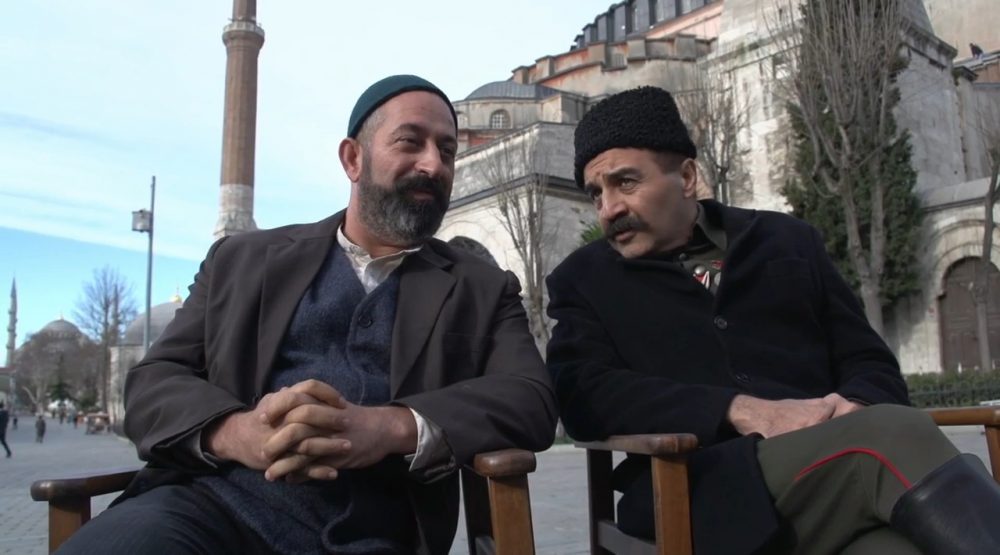 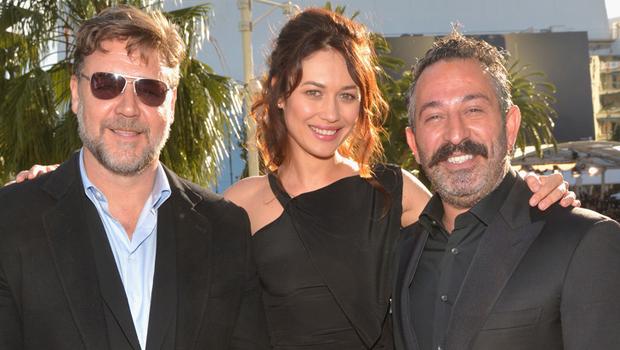 Olga Kurylenko smolders on screen.  She has the presence to make a non-sexual role sexy as hell.  Her turn-of-the-century restraint and delusion about death are mesmerizing. 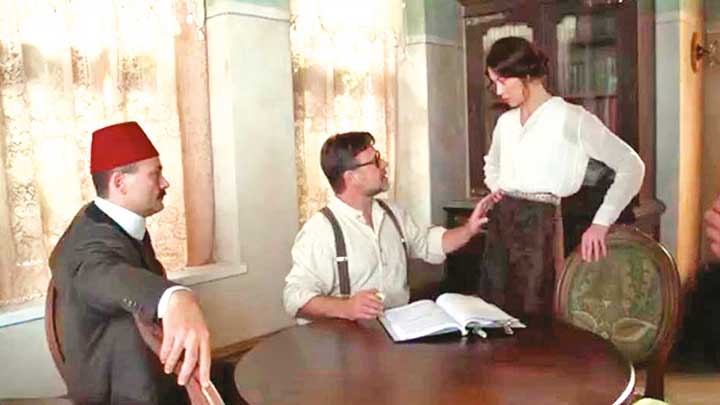 Making a welcome return to the big screen is Steve Bastoni.  Age does not weary him nor that wickedly cheeky glint in his eye. 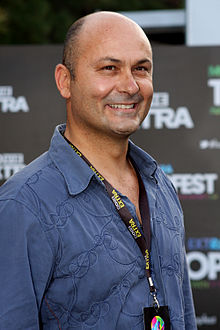 I have to mention Dan Wylie too.  He never disappoints.  Other notables include Damon Herriman, Cem Yilmaz, Deniz Akdeniz, Yilmaz Edrogan and of course, Jai Courtney. 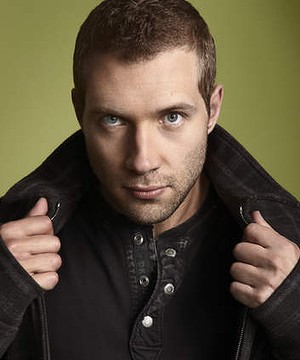 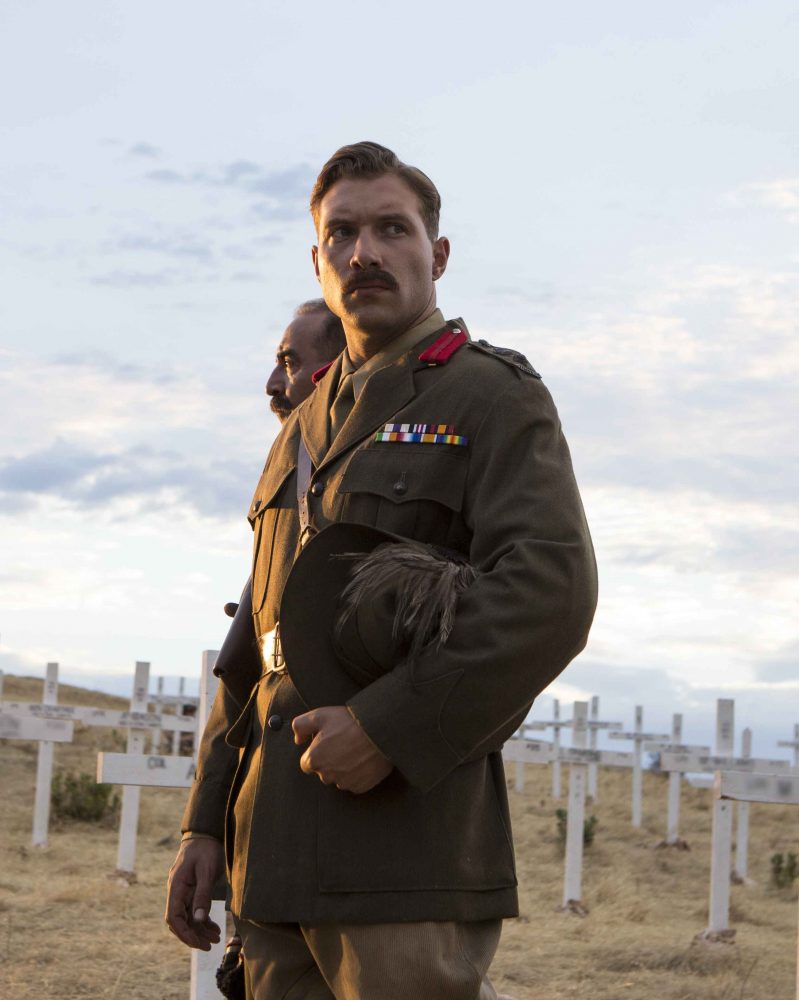 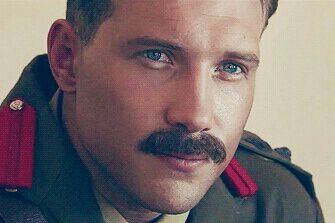 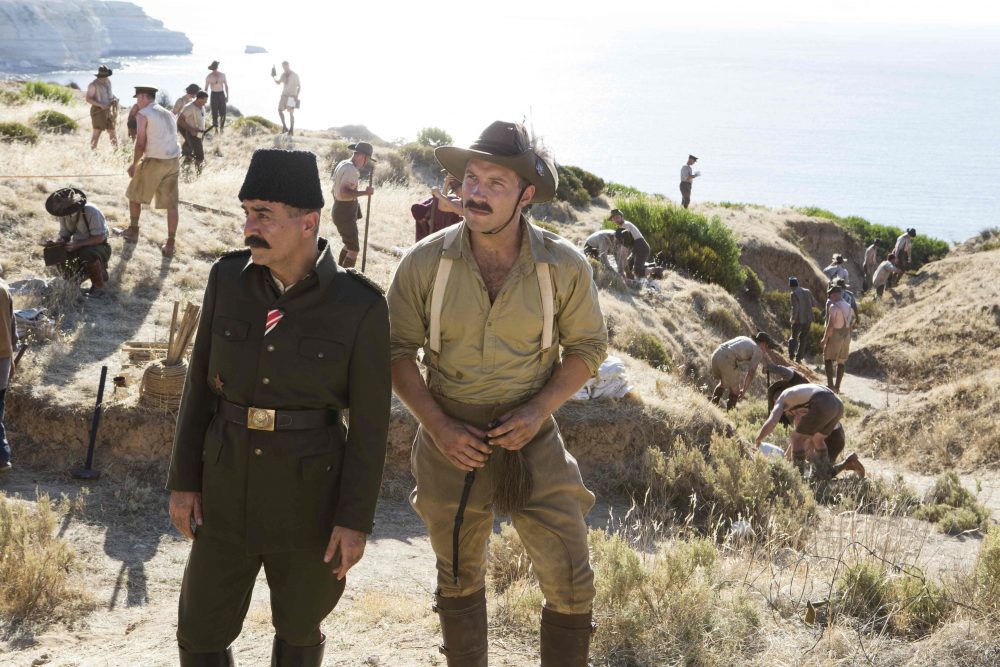 Talk about a meteoric rise leap-frogging his way onto the A List via Die Hard 4.0 with Bruce Willis, Jack Reacher with Tom Cruise and a role in Angelina Jolie’s Unbroken.  It’s a smart move to get more drama under his belt before being typecast as an action figure which is easy to do when photos like this are on the net. 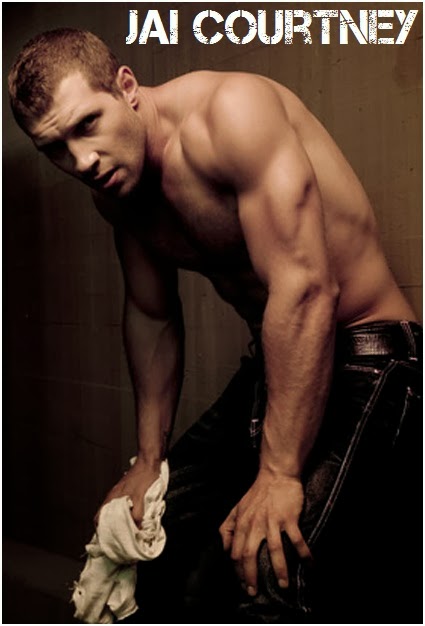 Overheard on the red carpet at the world premiere of The Water Diviner: ‘don’t ask Jai about his undies’.  That makes sense in terms of interview questions as there wasn’t a role for his undies in a WW1 drama. 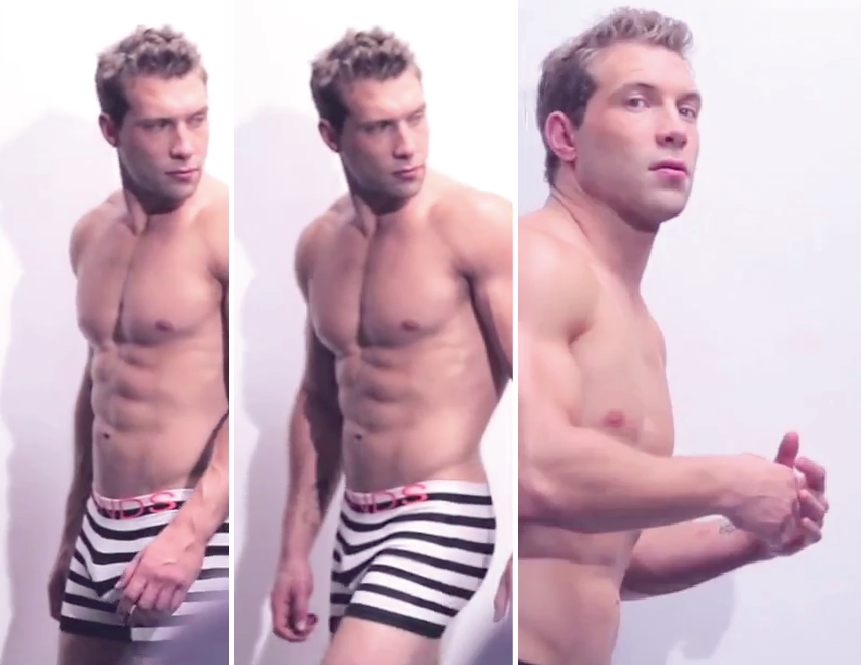 I’m not exaggerating when I say I struggle to find anything jarring or wrong with this film.

Except this – in one sequence, there were far too many of a particular prop.  There’s no way the character would have had that many of those things in a scene where she’s alone with Connor.  She’s way too proper.  It was the only moment that jerked me out of the story.

Then I choked up.  This movie opens with intense emotion and ups the ante as the story unfolds.  Big, fat tears bounced off my chest.  And I let them.

Make sure you arrive at the cinema on time and get a load of the who’s who in the opening title credits.  The 7 Network is a stakeholder and changed their logo from that angry shade of  ‘debt-red’ to a winning shade of ‘Oscar-gold’.  Names flying around include Brett Ratner, Kerry Stokes, James Packer, Tim Worner and a few familiar acting names who turned out to have bit parts.  (I guess it’s who you know huh 😉 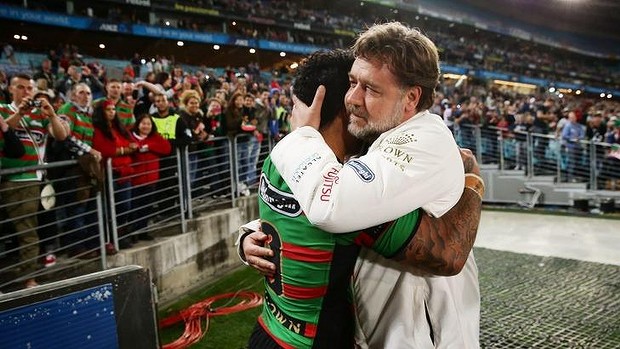 Being a Redfern resident, I liked the very end credit – a shout-out to the Rabbitohs acknowledging their rousing NRL premiership win after a 43 year drought. 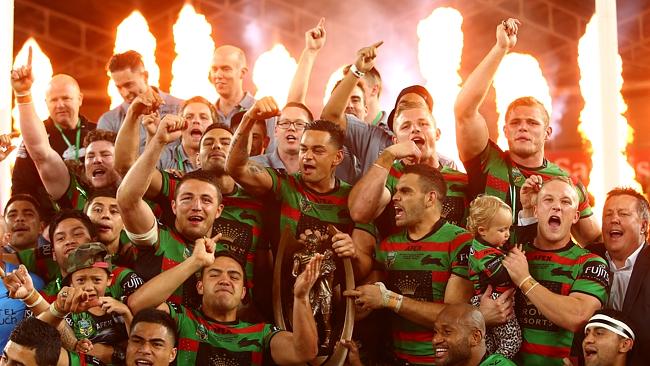 To get a feel for a movie that is destined to be an Australian classic, check out Movie Juice 10.30pm Tue December 16 on One (Network 10) to see Russell and his star cast at the world premiere, some great behind-the-scenes action and get the inside scoop from Jai Courtney.