Terminator 2 Judgement Day has a rare status of immunity to sequelitis. There aren’t many sequels that are as good as the original – T2 surpasses T1 on every front – narrative, characterization and SFX. 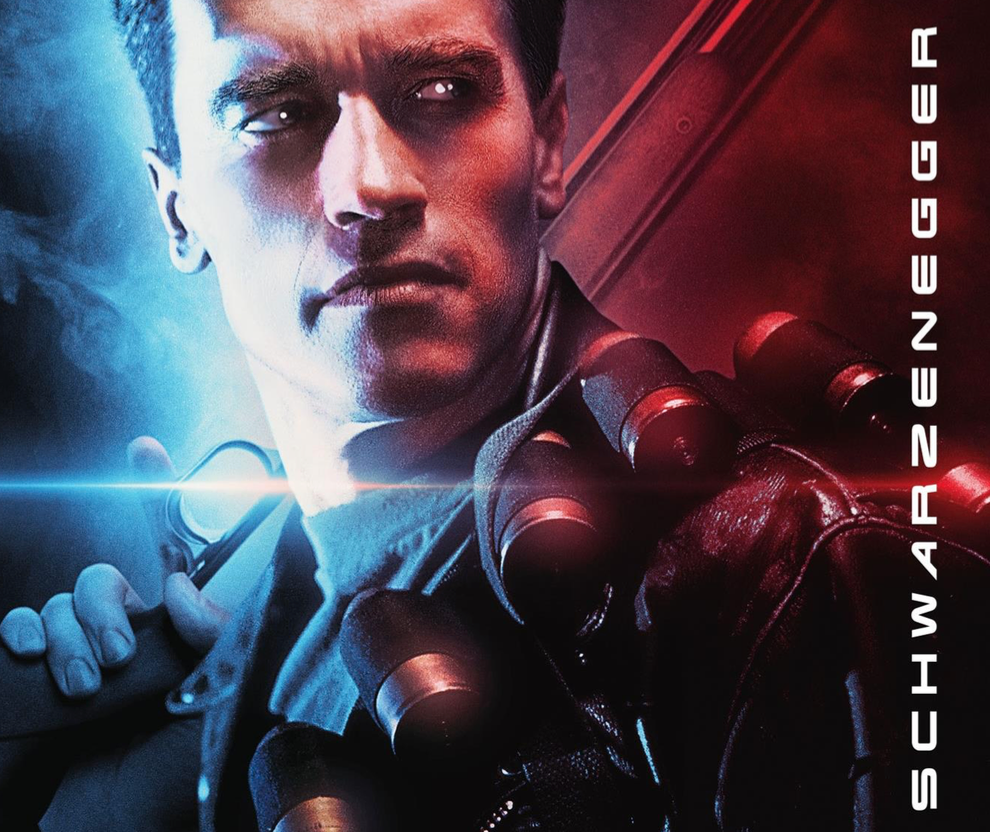 3D conversion doesn’t have a great reputation. Clash of the Titans killed it for me. In 2013, even the film’s director Louis Leterrier called it ‘absolutely horrible’ and a ‘gimmick to steal money from the audience’. 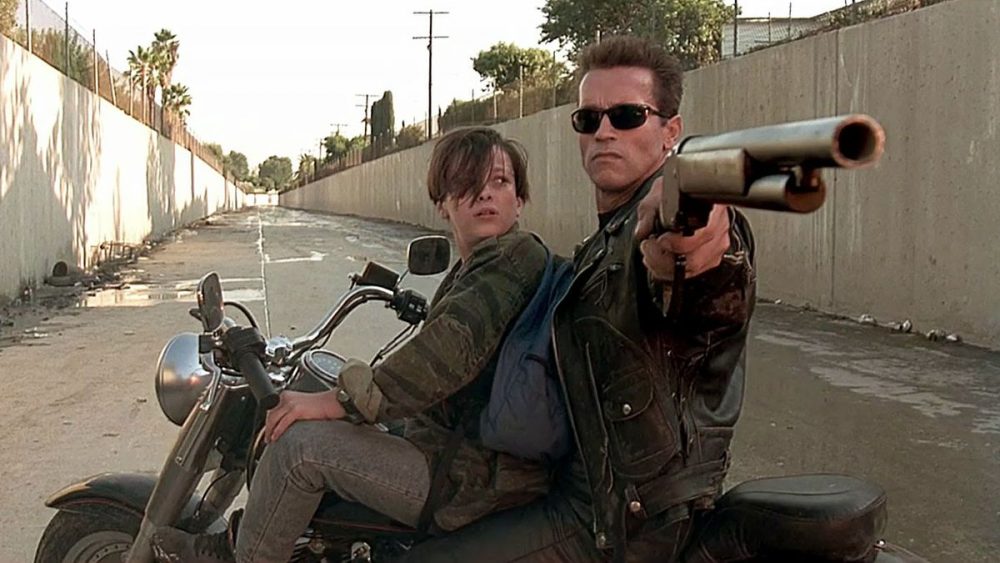 The pioneering director invested a year in getting it right:

The original 35mm negative was scanned and then restored in 4K at Deluxe L.A., under the supervision of Geoff Burdick, Lightstorm. The film was calibrated in 4K by Skip, James Cameron’s colorist, at Technicolor Hollywood, with a selection of the best 35mm prints from the film’s first release. The film was then converted into 3D by Stereo D. 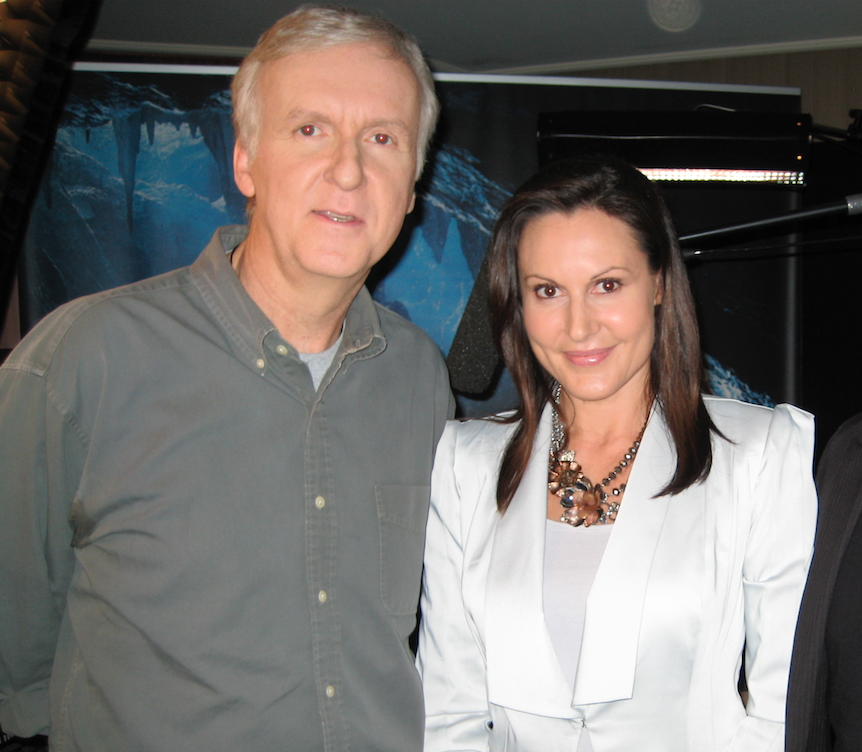 These days, stunt doubles are often digital doubles due to technology and WHS risks associated with humans. Cameron describes the scene where Arnie’s stuntman leaps onto the back of a tow truck and fires off some artillery:

JC        “That would’ve been a digital double today, for sure, for safety reasons. Now, Peter Kent was the stunt man, he was also Arnold’s photo double and he was his stand-in on the first film, just his lighting stand-in. Peter did it perfectly and my heart was in my mouth, because there was no forgiveness with that stuff – you either did it right or you were dead. And I would not do that today, but we had no other way to do it then. We talked about things like wire rigs and everybody’s consensus with the technology available at the time was, it was more complicated and more dangerous if we tried to rig it. It was actually safer just to have Peter run because he could bail out if it didn’t go right.” 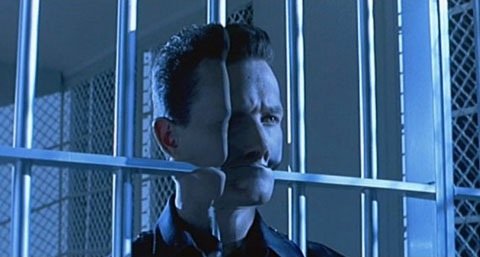 When Terminator 2: Judgement Day was released in 1991, it had a big impact on me. I signed up to City Gym and a trainer asked me what kind of body I was after. I showed him a picture of Sarah Connor (Linda Hamilton) in her khaki army singlet. He laughed. Apparently a lot of us 20-somethings were heading to the gym clutching that photo. We didn’t Photoshop ourselves or use Instagram filters last century. We did the work and it was fun.

T2 in 3D is in Australian cinemas from August 24 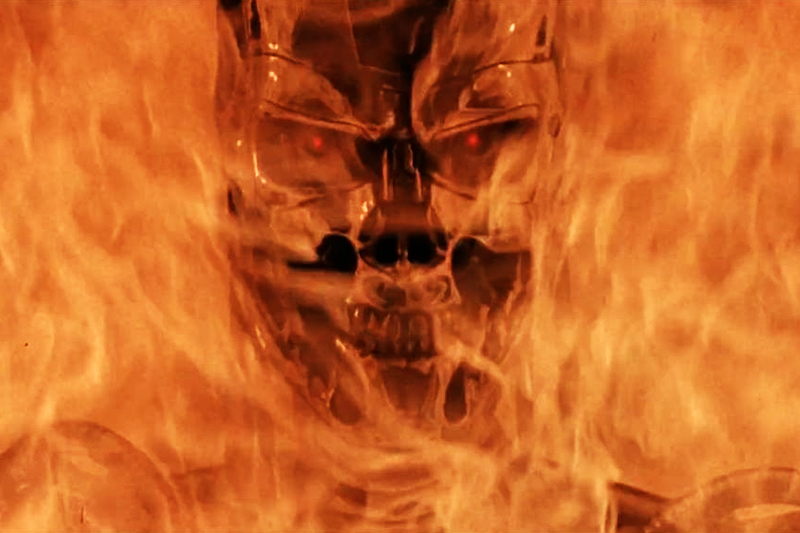