Lessons Of War From The Vietnam Cuchi Tunnels

It’s the 50 year ‘anniversary’ of The Battle Of Long Tan that happened in August 1966 during The Vietnam War aka The 2nd Indochina War aka The Resistance War Against America aka The American War.

Over centuries, imperialistic, war-mongering nations have tried to defeat and subjugate Vietnam. All have failed. Vietnam ‘won’ every war – if winning means being the last one standing.

When I was in Vietnam, I checked out various war sites and museums. The dreadful revulsion of actual war makes any Hollywood horror movie look like a day at Disneyland. The following photos and short videos are what I shot while I was there. 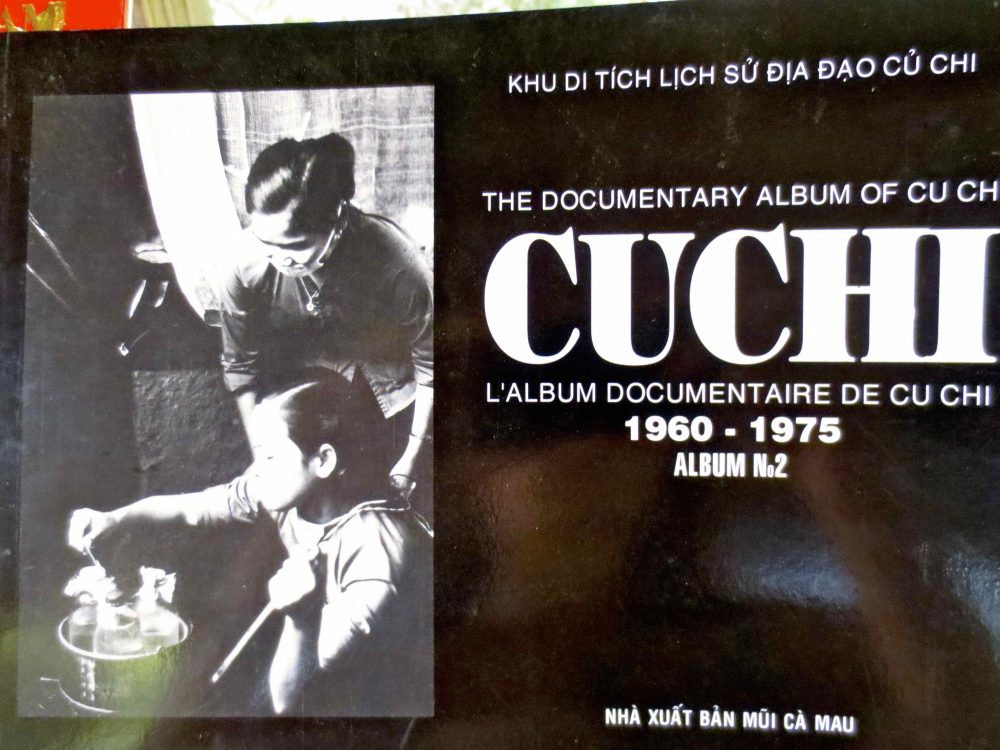 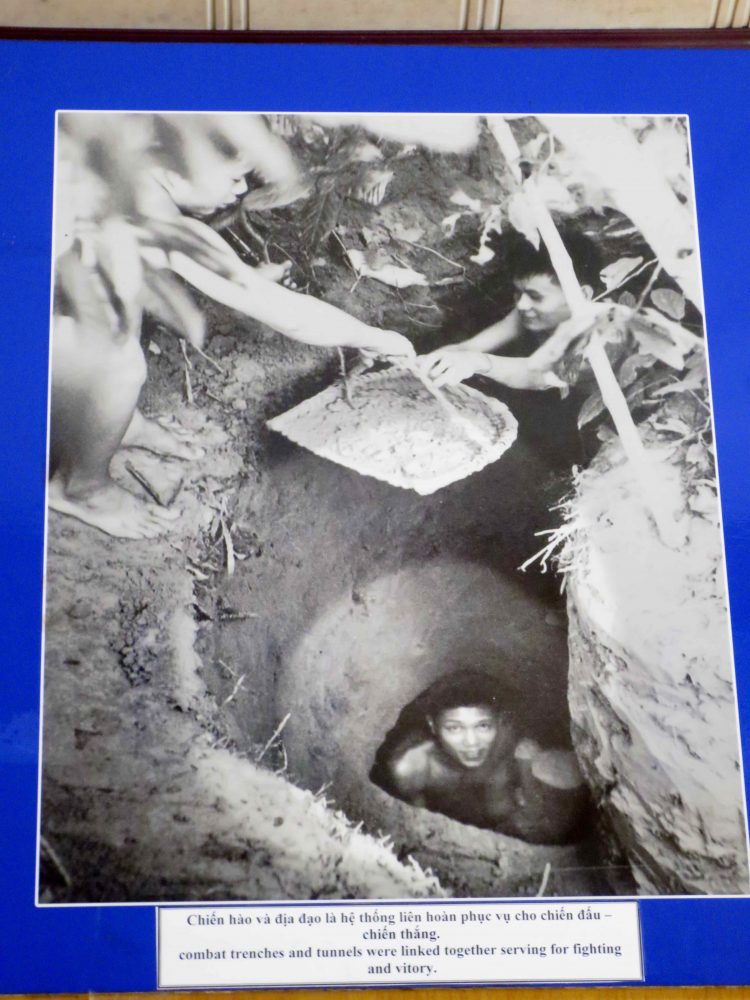 The actions of the Viet Cong in the Cuchi Tunnels were the turning point for the expected US victory.  Soldiers couldn’t figure out how the VC were operating and delivering close, personal attacks.  It’s because they were right there, underground, using discarded coke cans and US rubbish to make weapons and bombs.  They made sandals out of old rubber tyres.  Well before ‘recycling’ was a buzz word, the VC were doing it with deadly results.

I went into the underground tunnels.  Check out how well-concealed they are on the earth’s surface. 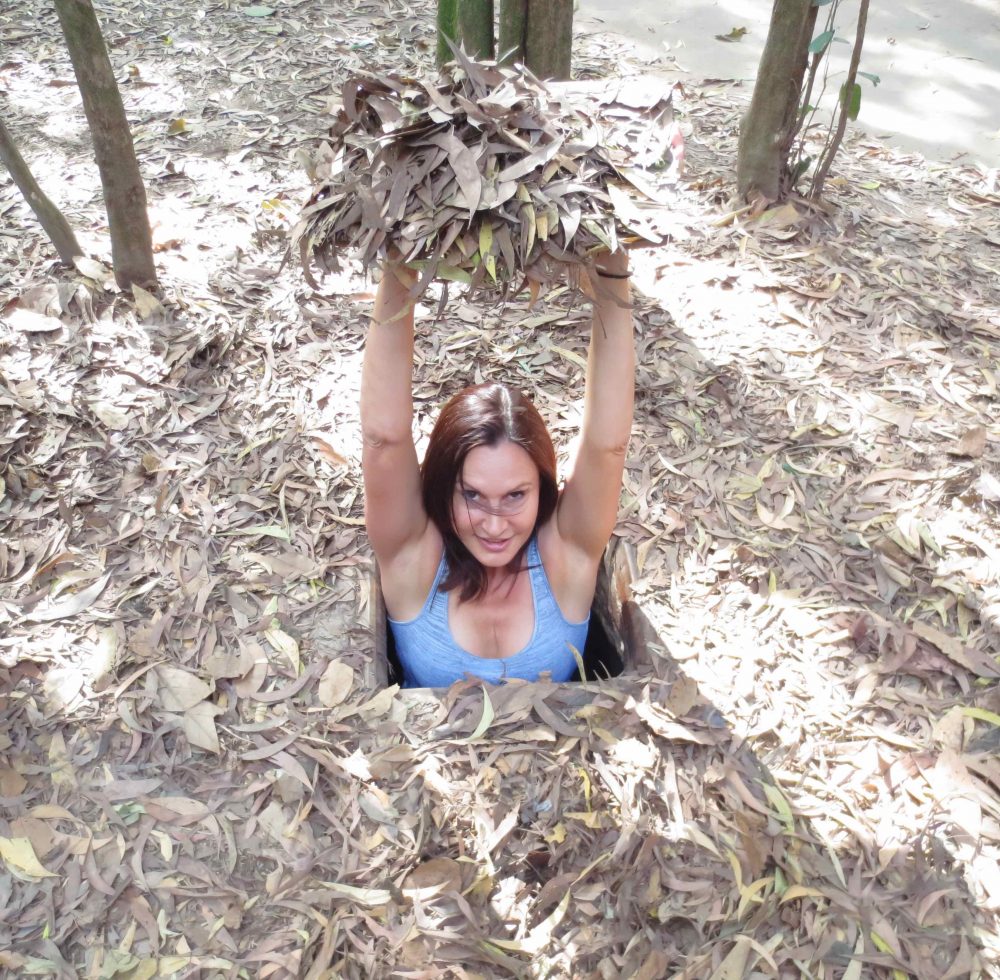 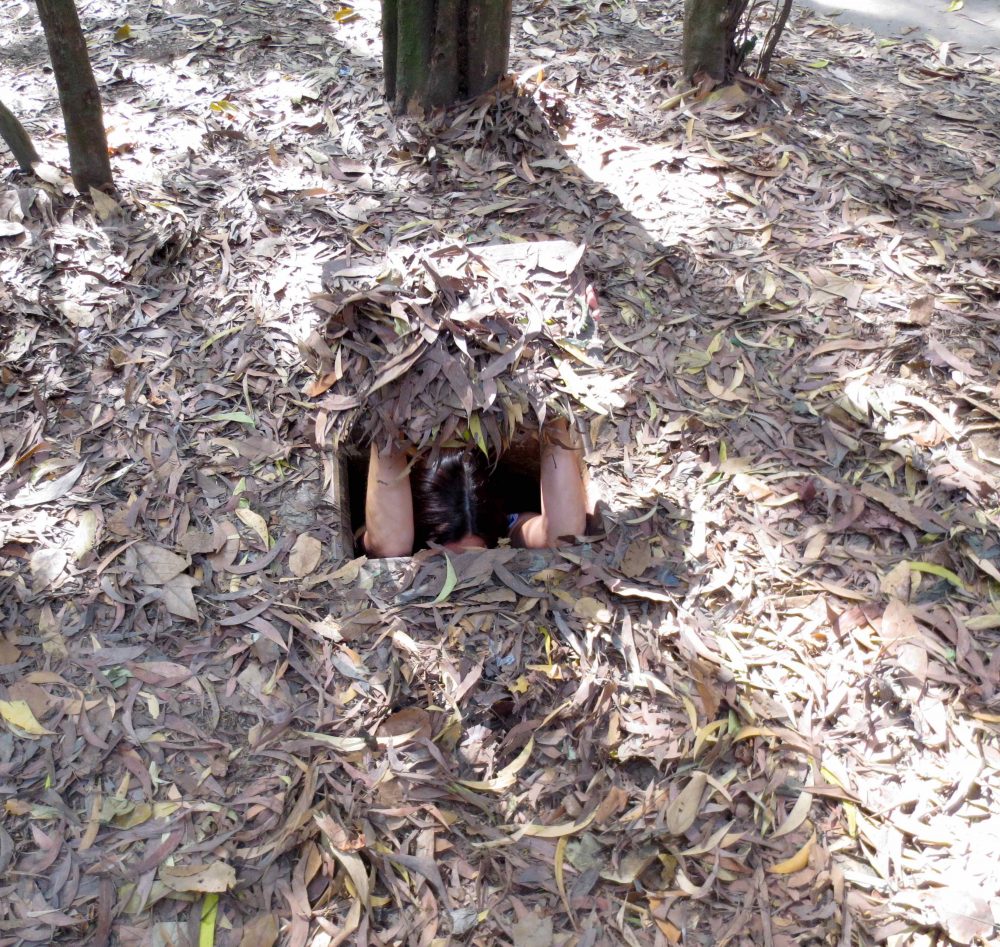 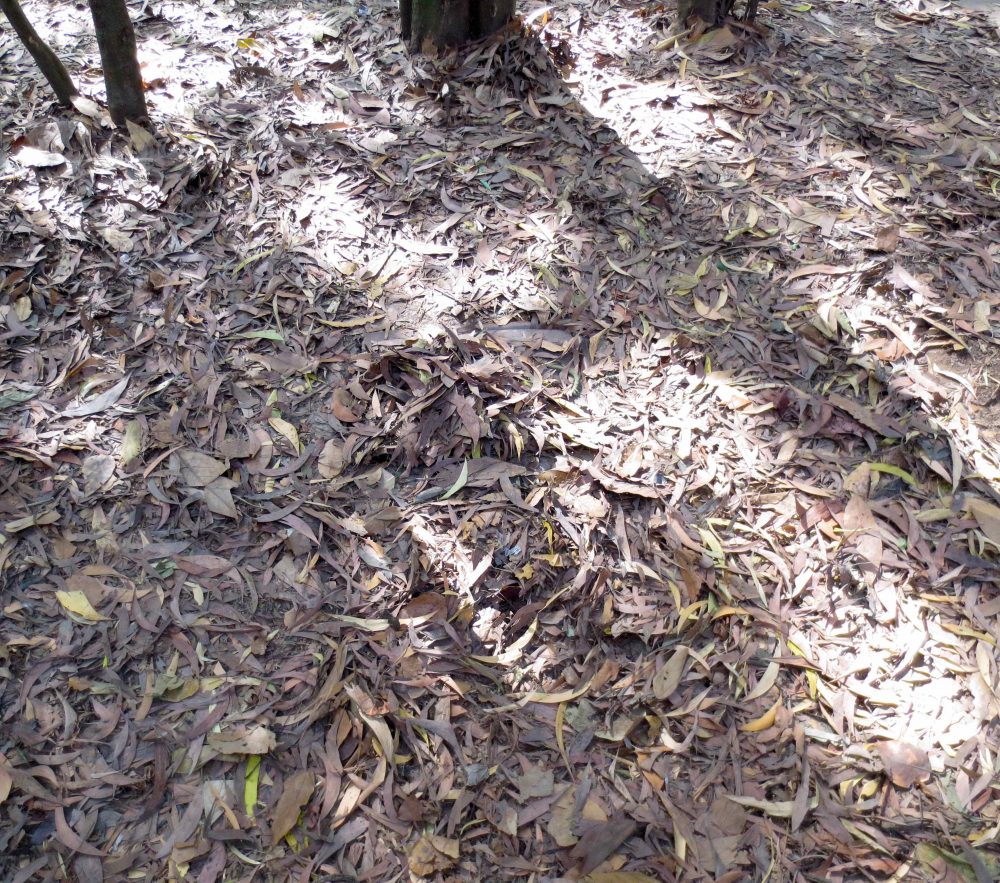 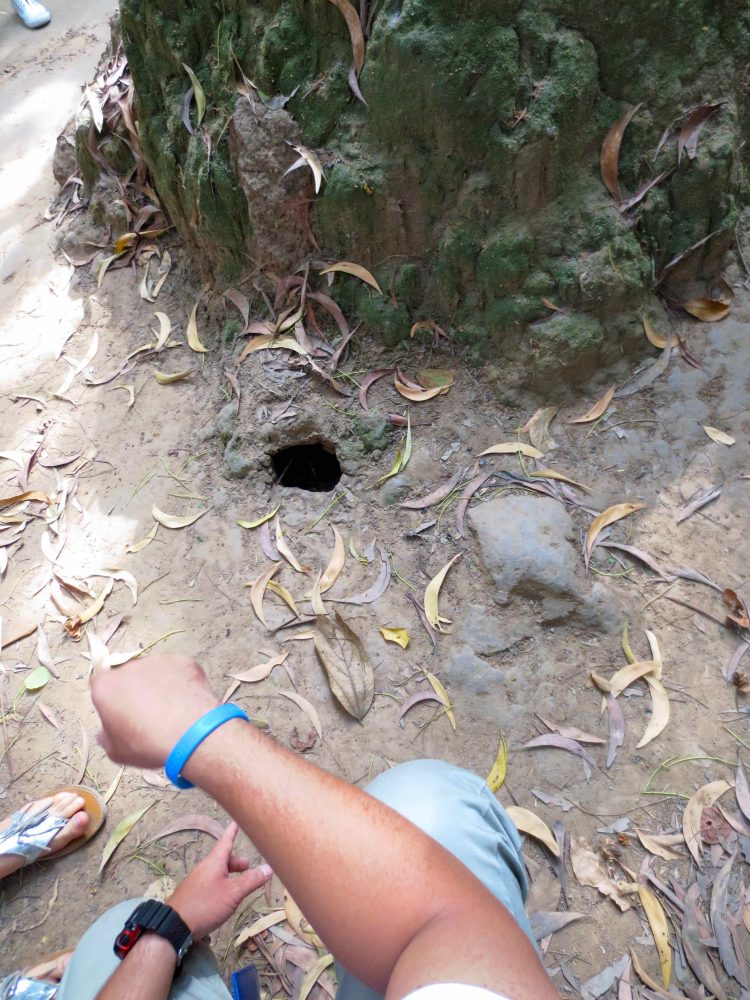 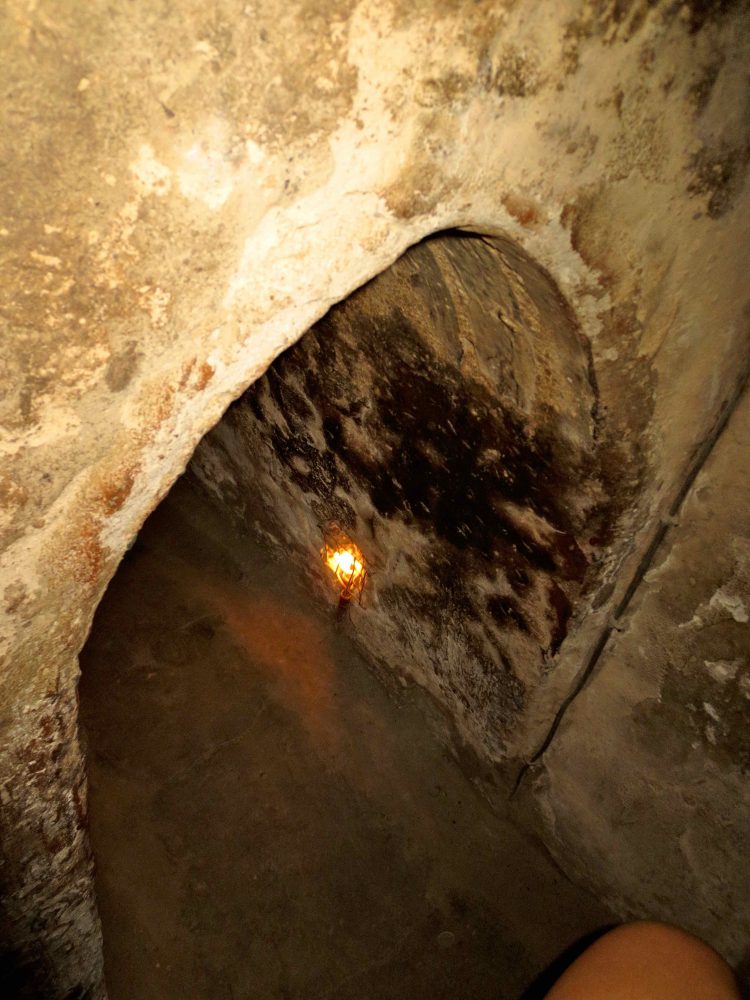 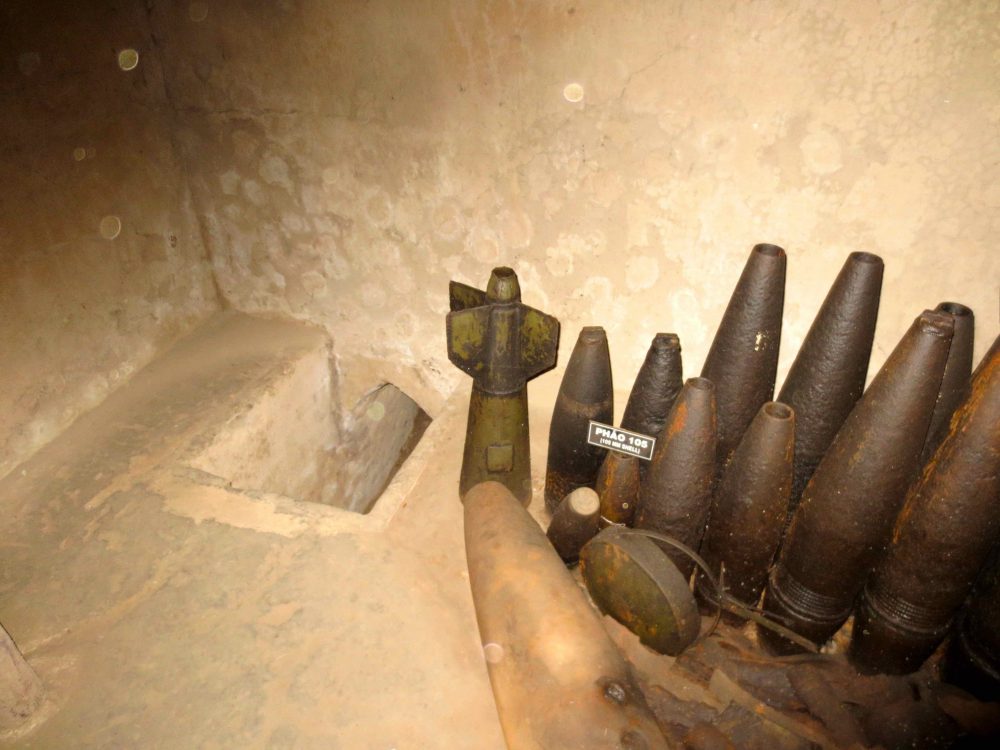 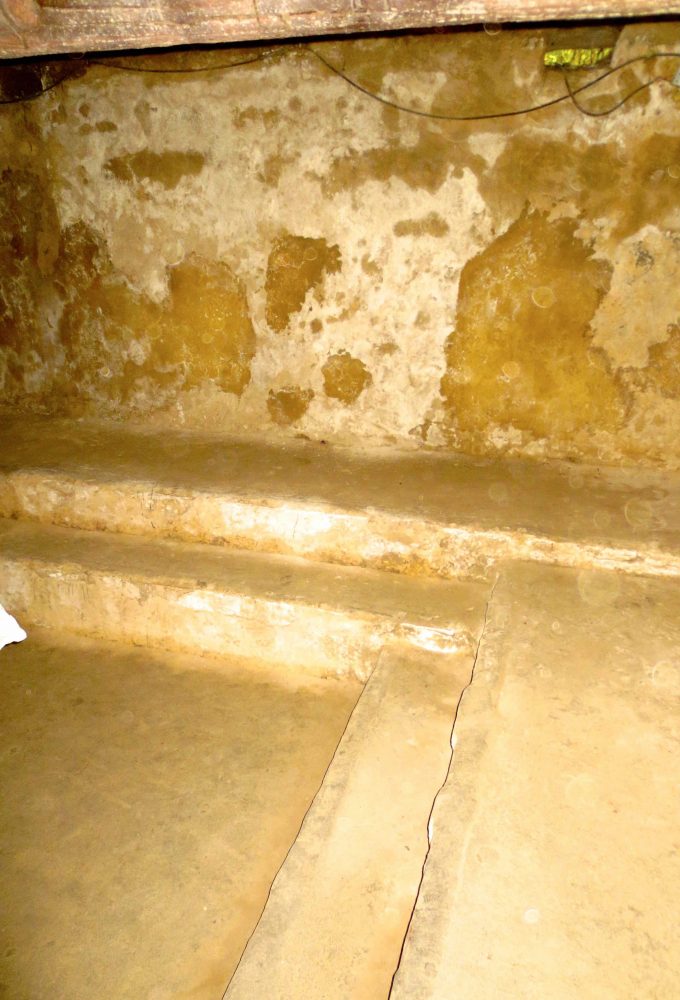 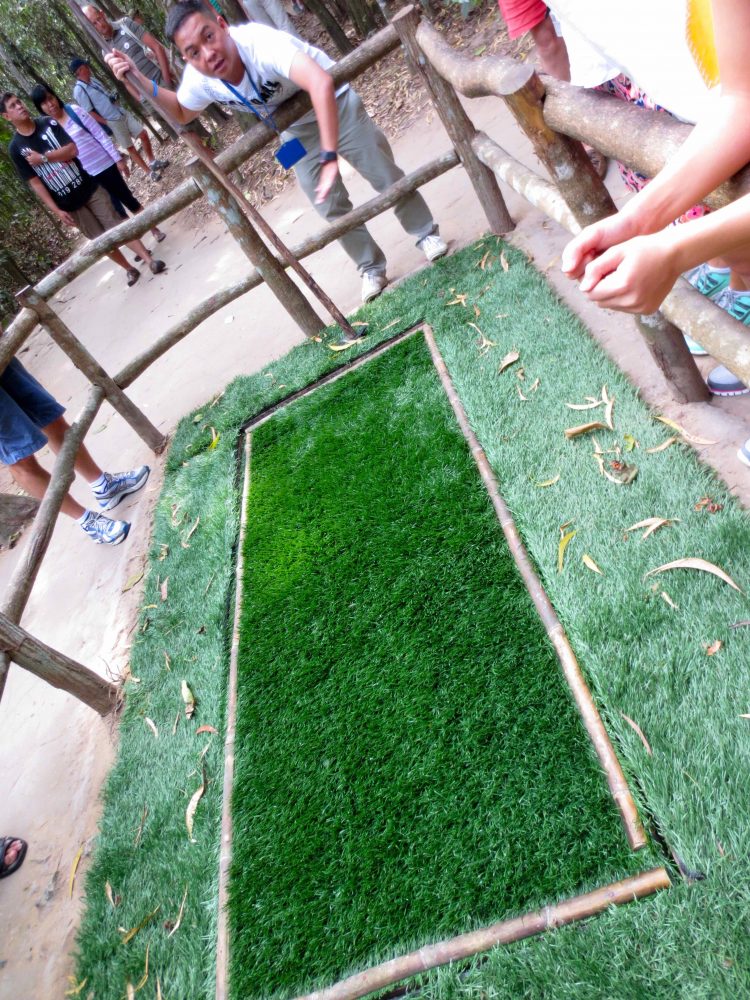 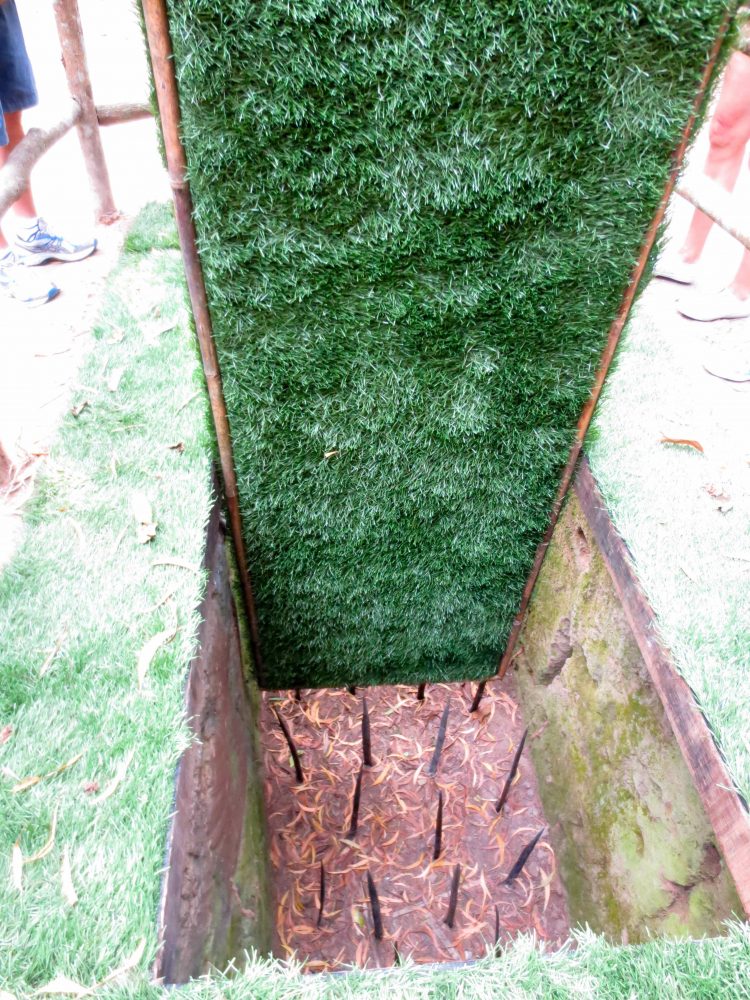 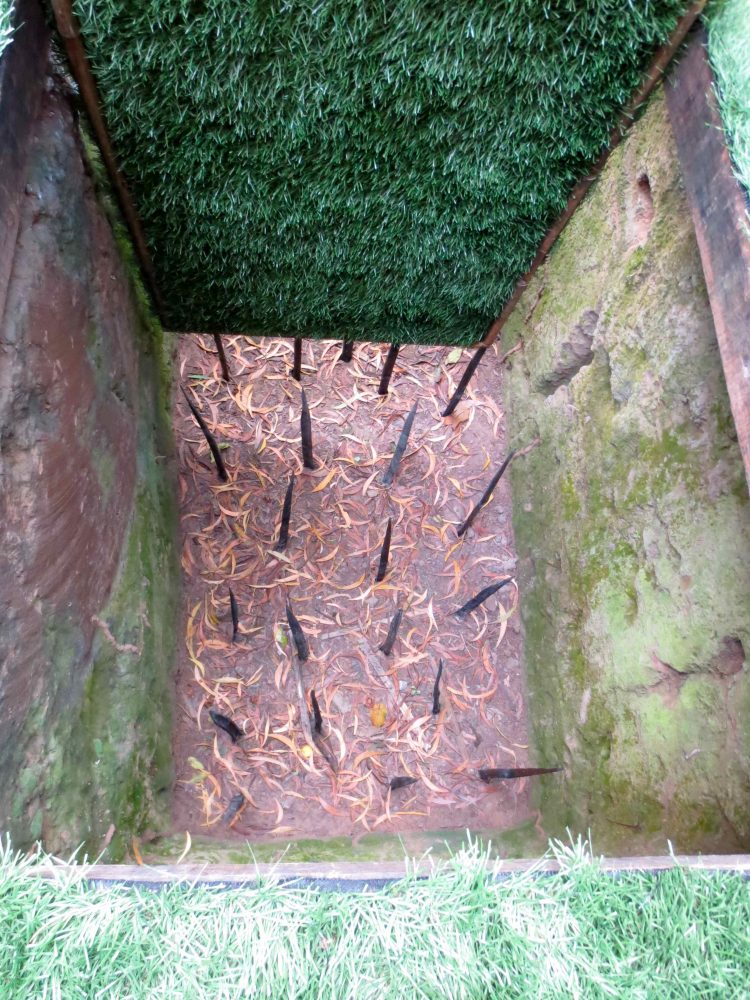 Booby traps set by the Vietnamese were physical and brutal.  Lots of long spikes and medieval-looking wooden contraptions designed to inflict a lot of pain and fatal injury are disturbing in how simple yet elaborate they are.  This woman gleefully described the domestic door trap.  A soldier would try and enter a home and this heavy device would swing down and bang into the front of the soldier’s body.

Many booby traps were pits full of spikes dug into the ground with a see-saw action device activated by stepping on it. 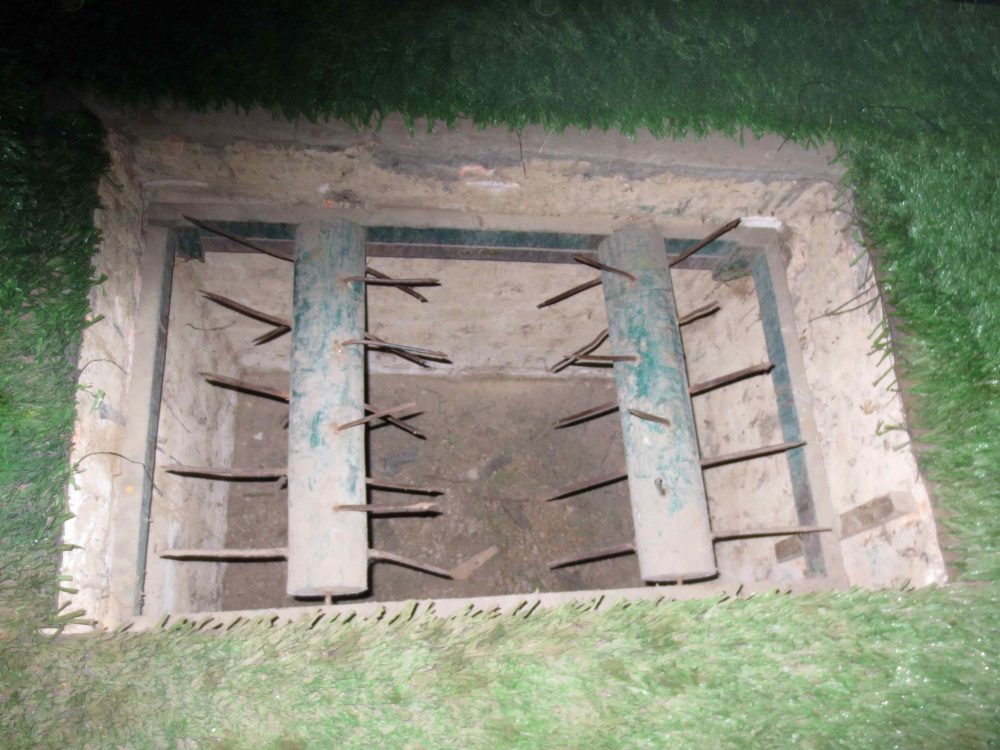 One thing I know for sure – there should be United Nations legislation that requires war-mongering nations to repair the damage they inflict until every bit of mess is cleaned up. Cleaning up mess is something we teach children and the lesson needs to be carried into adult life.

If a nation can spend billions on destroying another country’s people, government, natural resources, soil and water supply, they should be forced to spend billions on restoring what they have damaged. I will only show one image of the devastation Agent Orange wreaks on generations of humans. 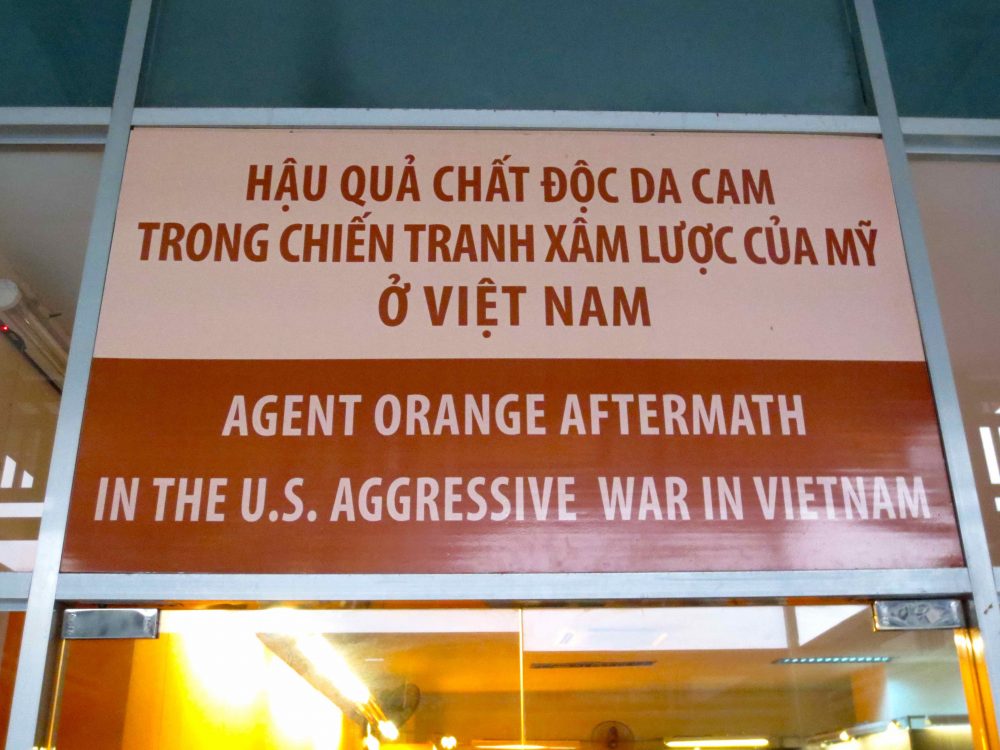 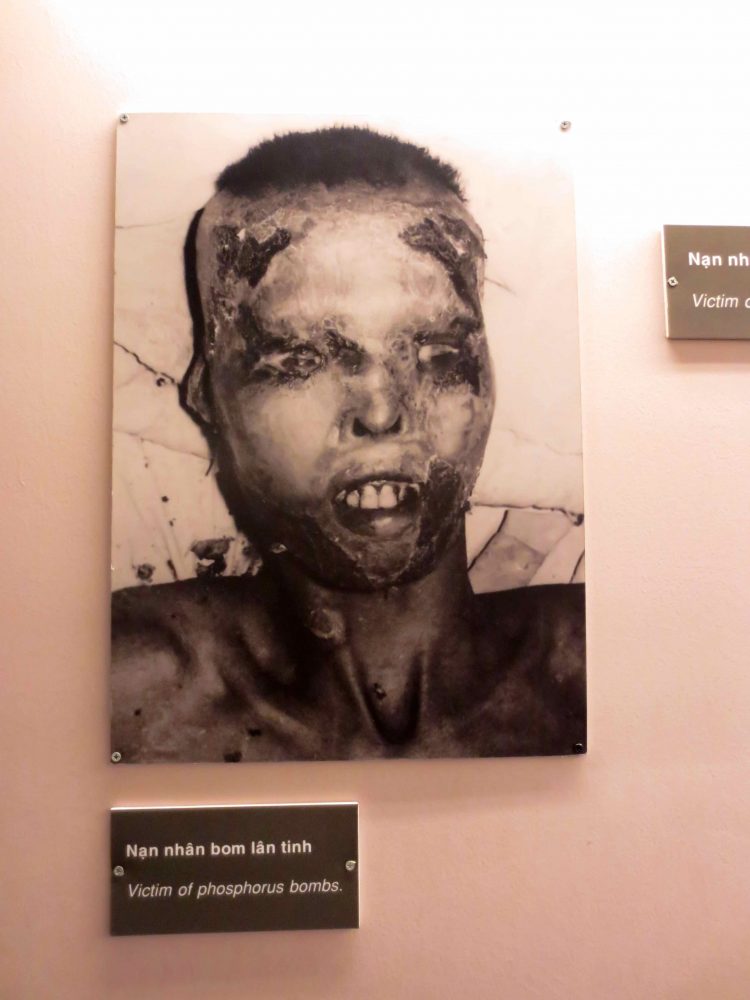 Dioxin is arguably the most dangerous poison on the planet. 85 grams can kill a city of 8 million people.

The US dropped 170kg of dioxin on Vietnam and Cambodia.

How much money is the US investing in the clean-up?  The soil, water supply and DNA of the people are polluted for many future generations. It’s difficult to put a monetary figure on a clean-up of that magnitude. 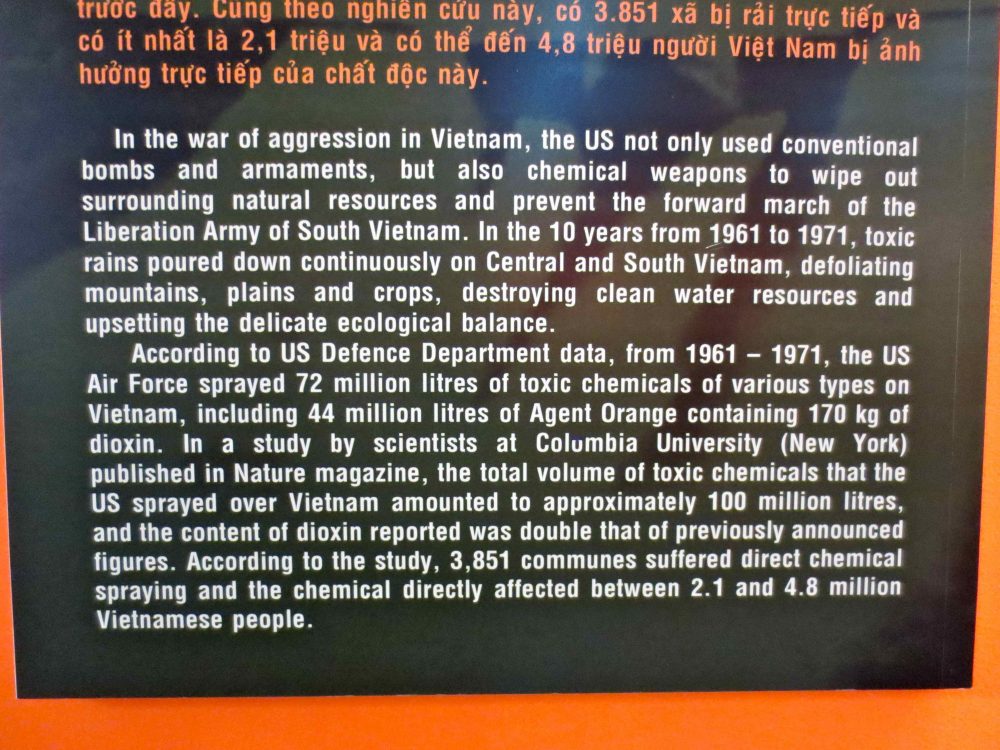 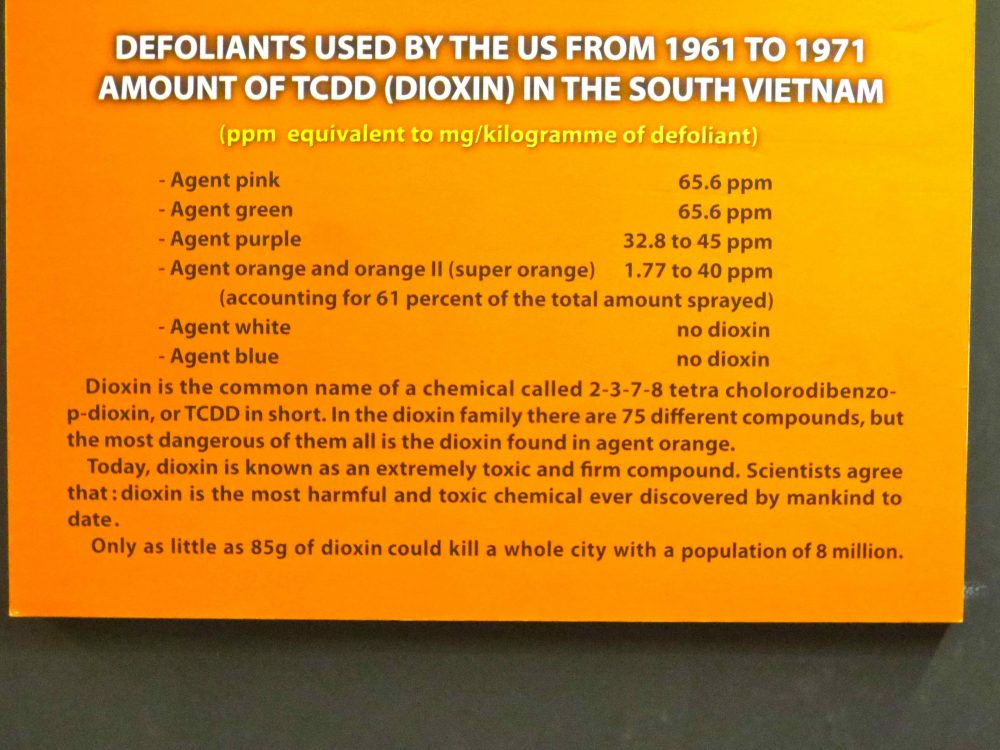 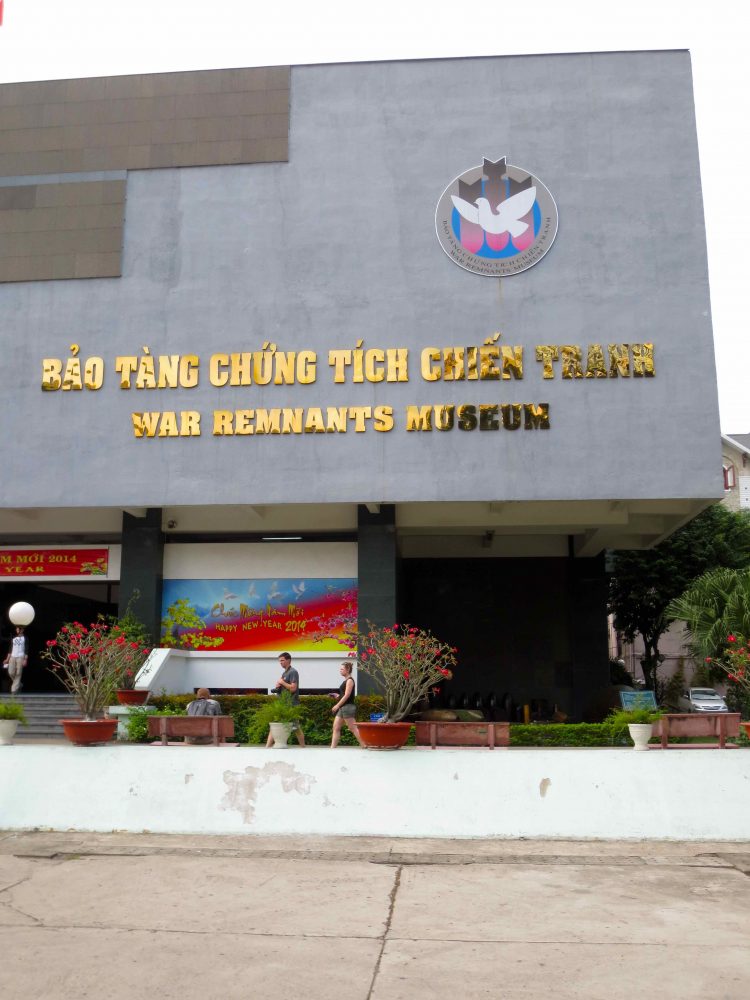 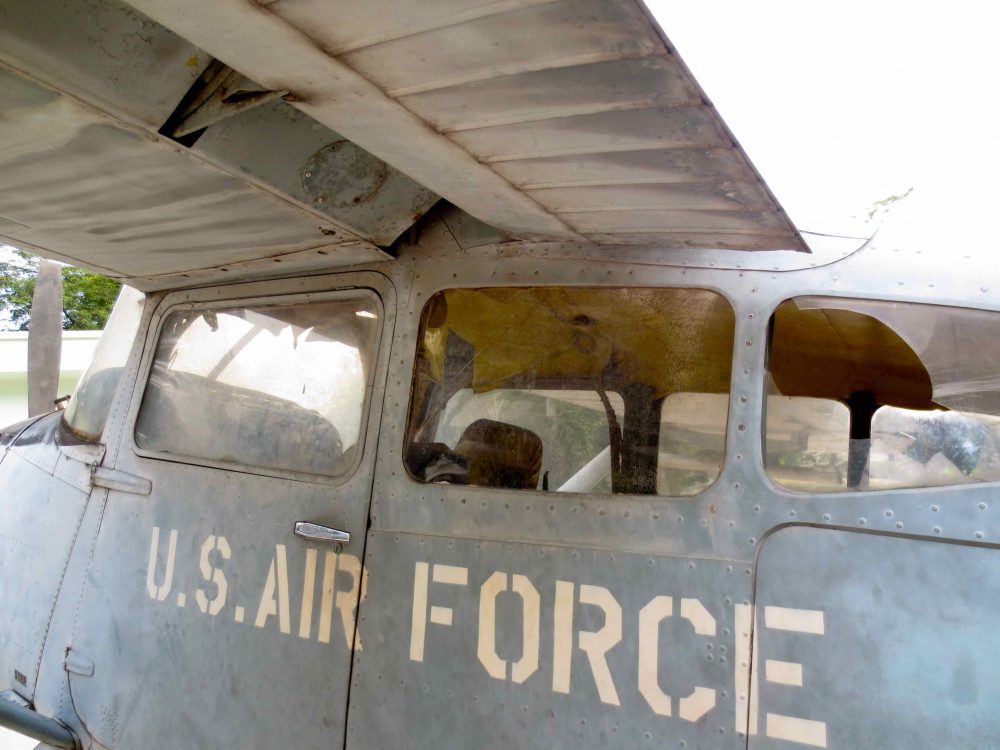 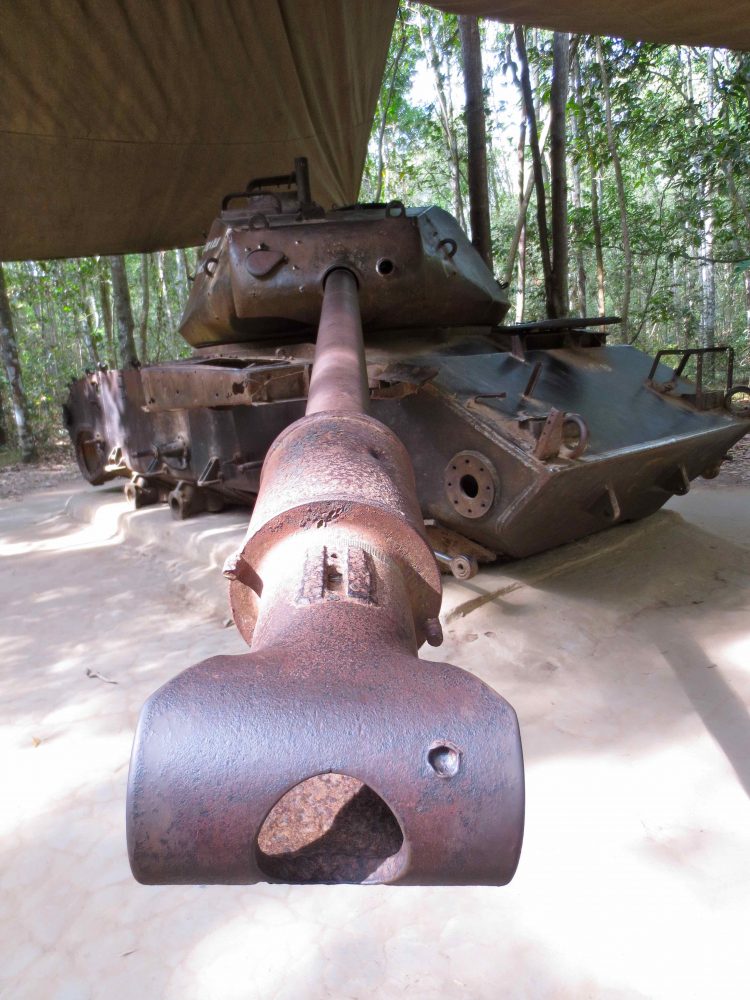 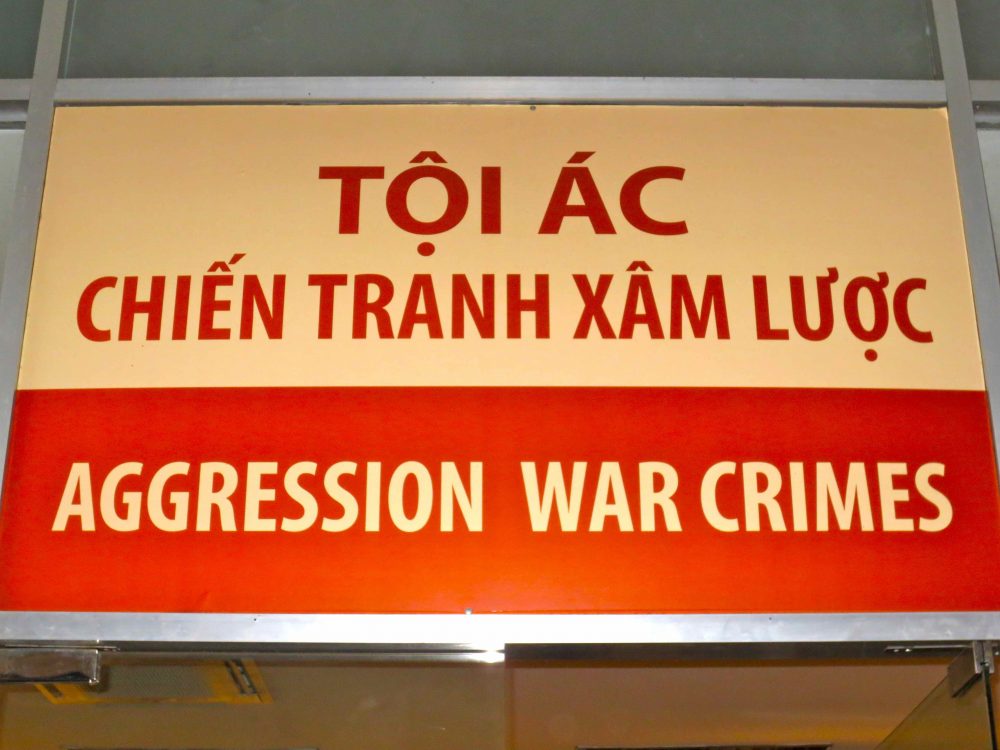 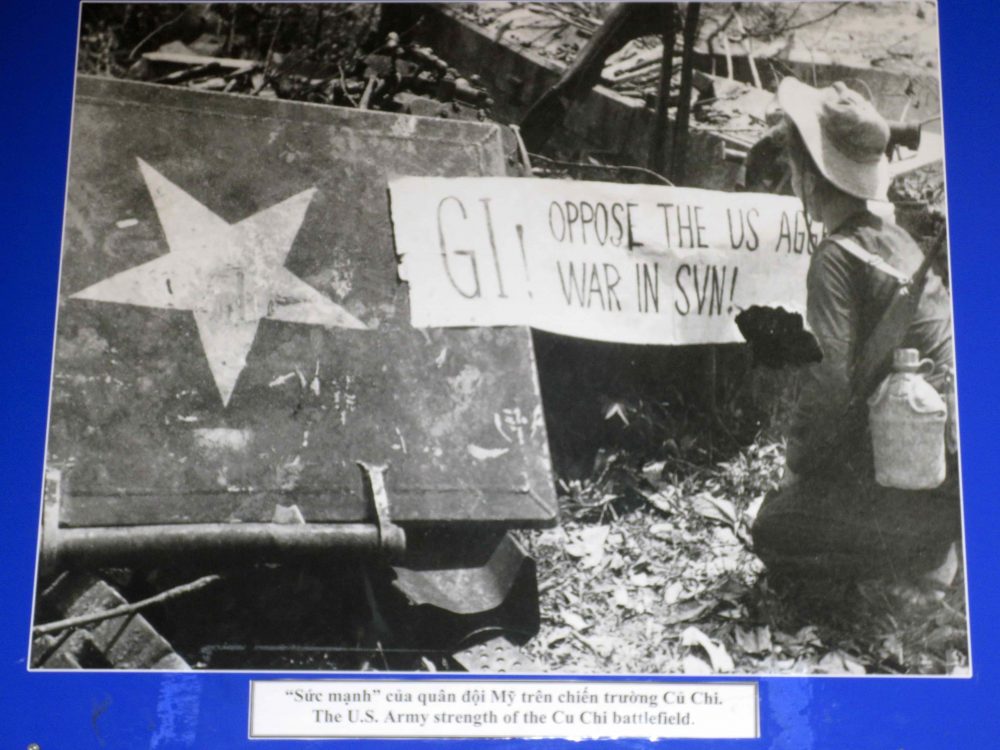 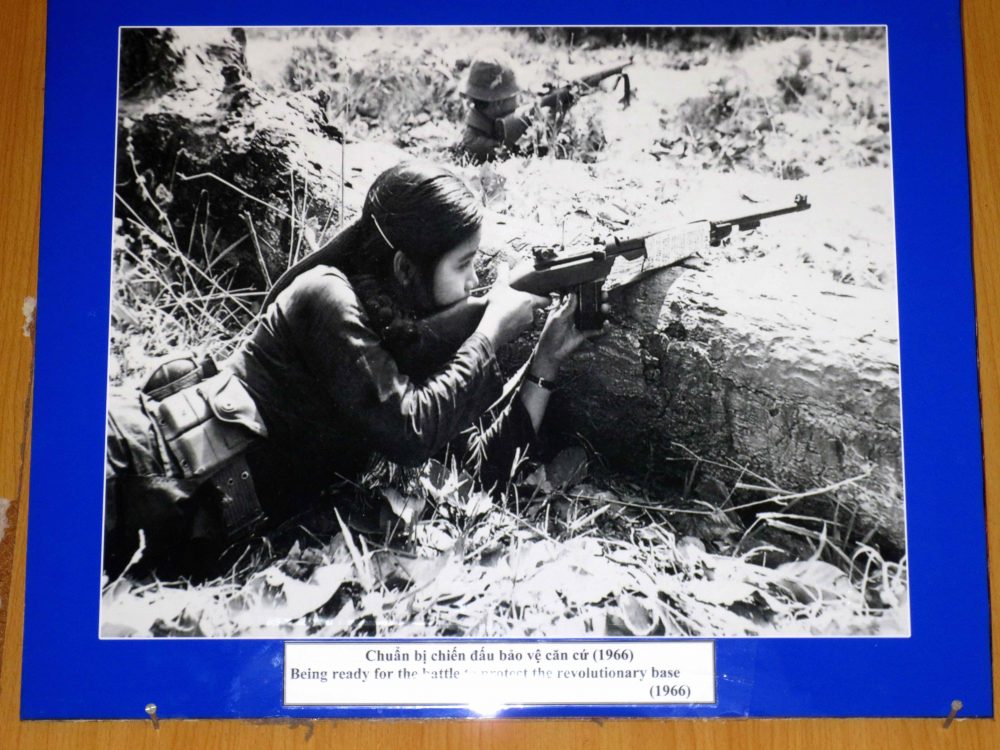 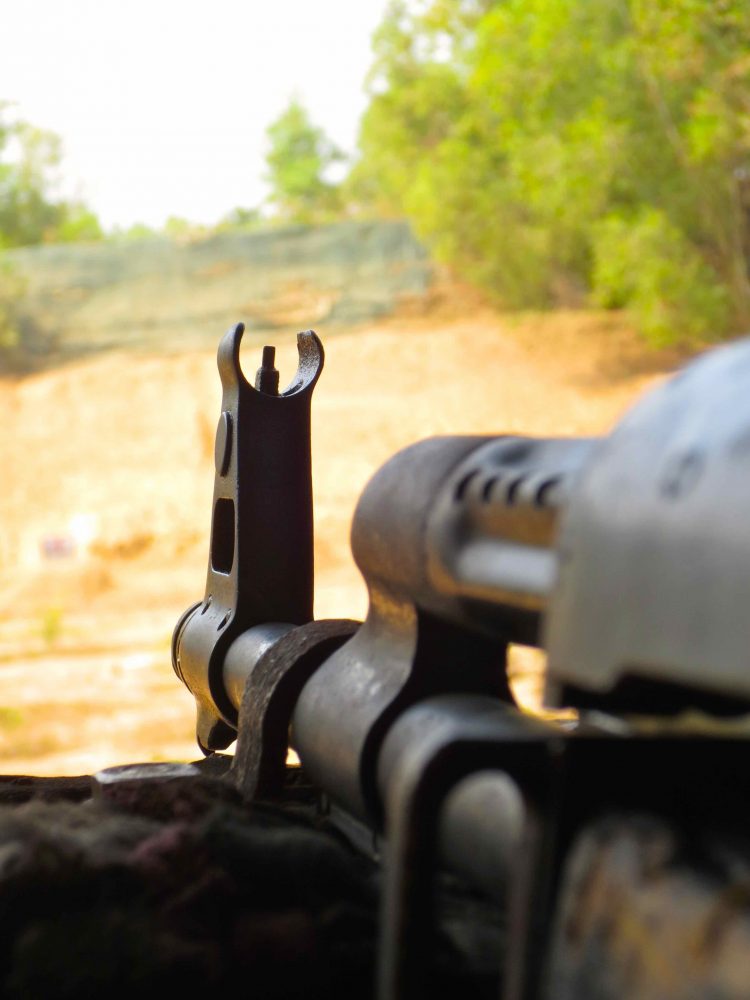 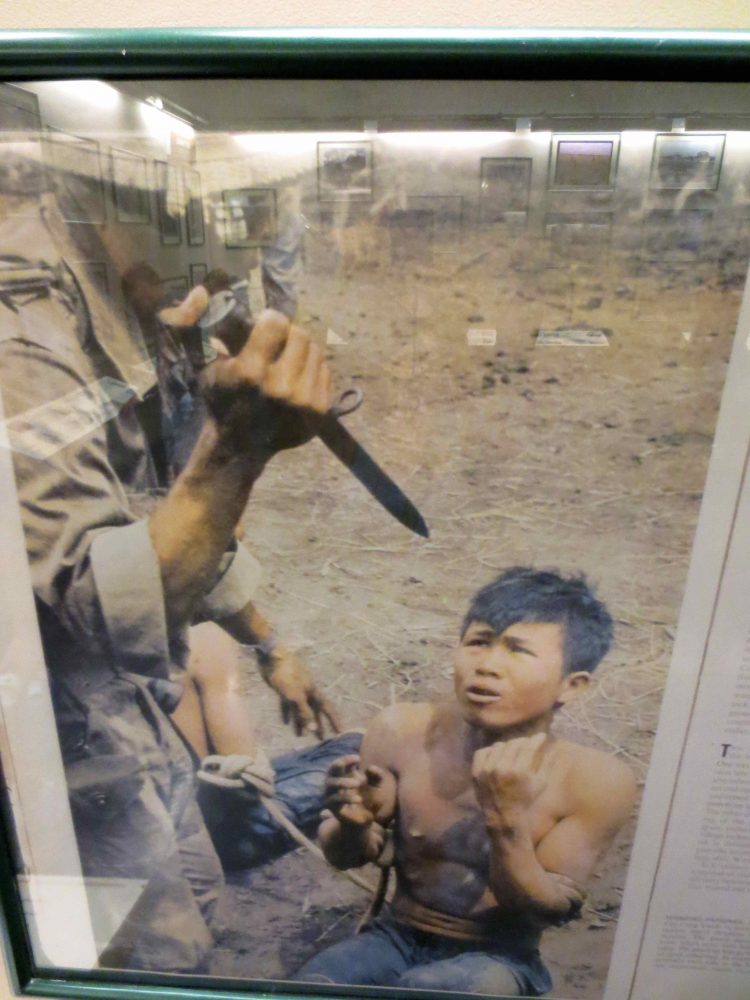 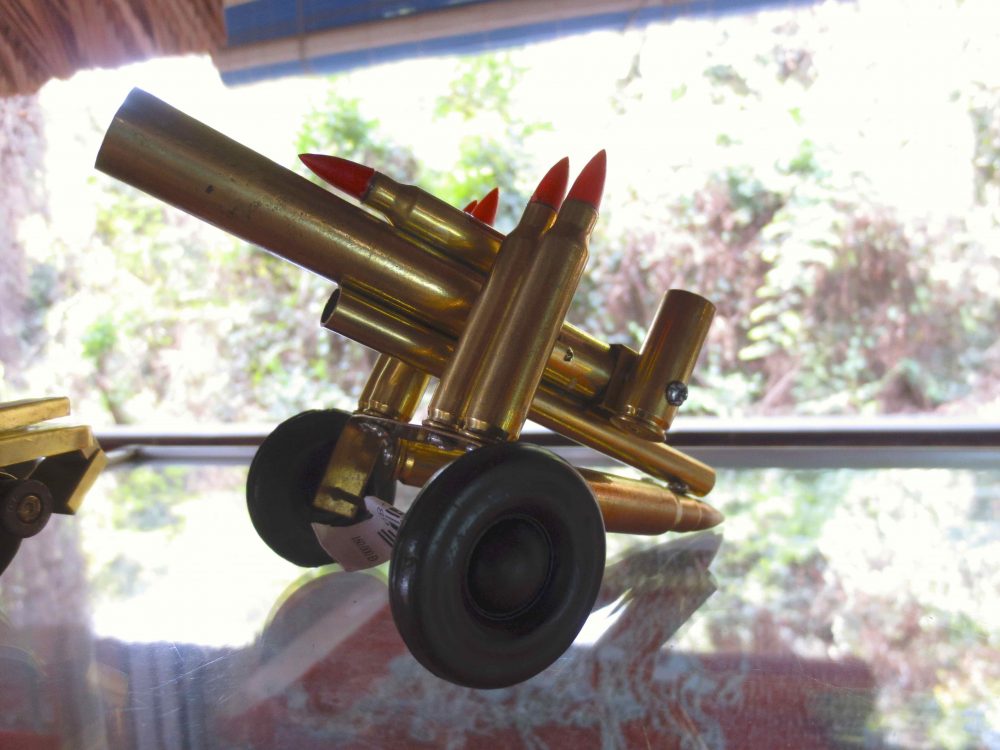 And these are the souvenirs you can get.  Hard to transport.  I bought 6 ammo shell casing pens for friends then travelled to Cambodia alone and got detained in a small windowless room somewhere in the airport with 3 Cambodian police-types demanding to know what other artillery I had in my bag.  Suffice to say the gifts were confiscated.  Sometimes, the pen is not mightier than the sword.  Or the bullet.