I was an innocent bystander to Ghostbusters.
Now I am an eye witness to a crime against cinema.

Who is the audience for this?
Kids under 10 who love the sliming of stars at the Nickelodeon Awards?

The 4 female ghostbusters played by smart comediennes were stupid in the extreme.

Paul Feig who did a great job with Bridesmaids but has made a farce that doesn’t quite work. It certainly makes the original film seem like high art now and it does female scientists worldwide, no favours. Instead of updating to modern times and bringing a scientific sensibility to the paranormal, the girl-ghostbusters get tooled up and keep shooting at every possible opportunity. The gunplay was repetitive, extreme and in the current socio-political context of police shootings in the US, as unfunny as the dialogue these actresses agreed to perform. 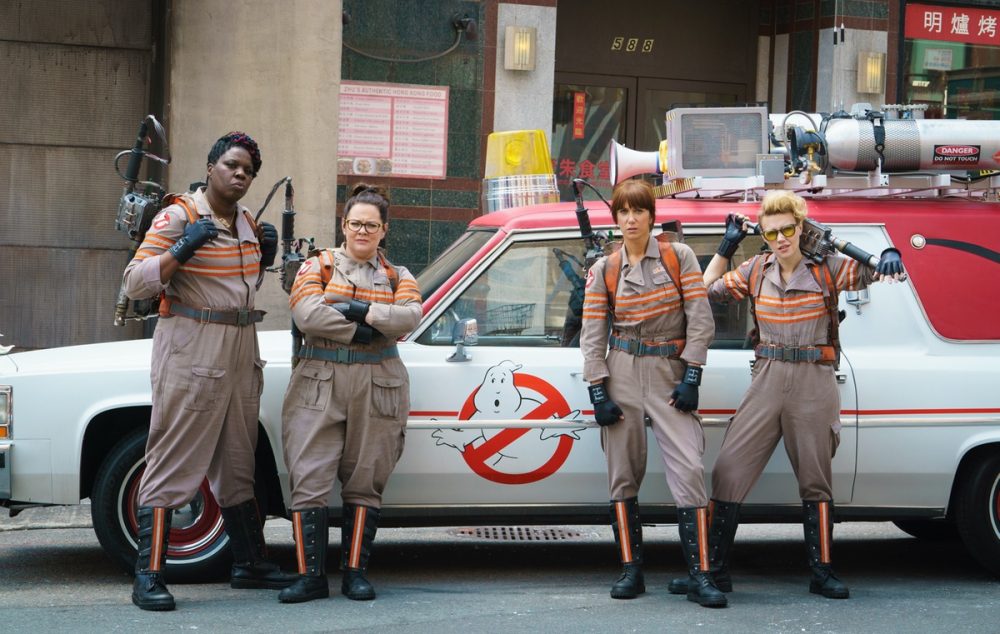 Ghostbusters 2016 showcases US domestic gun policy on the big screen. It is yet another example of Hollywood-produced pro-gun propaganda which makes me wonder – is the NRA funding the Tinsel-town machine? 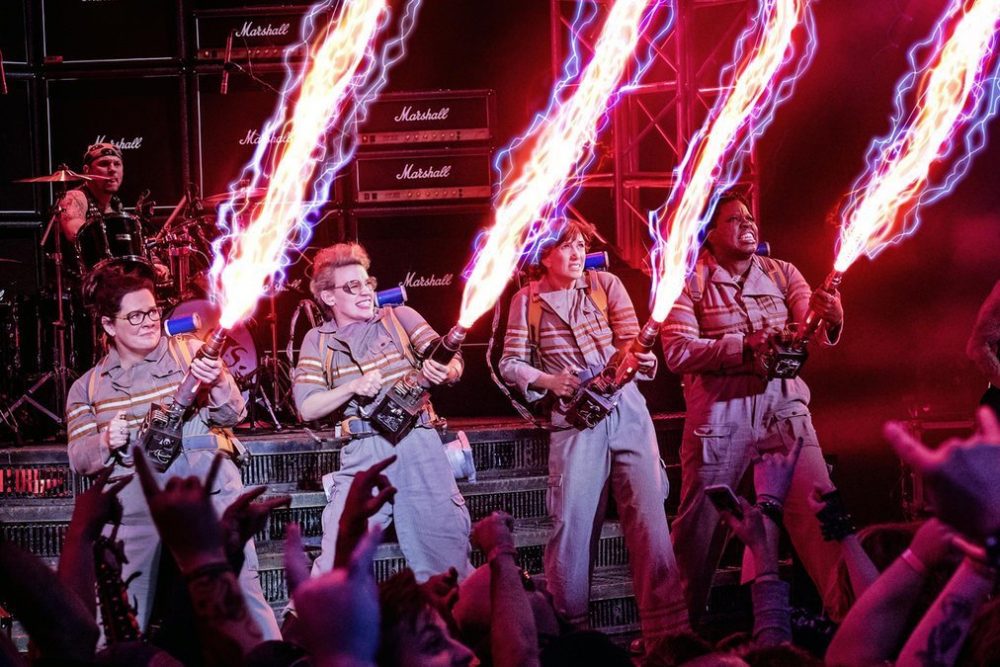 And before anyone tells me to not get ‘hysterical’ and that it’s ‘only a movie’ – pick the popcorn out of your brain and have a good look at the stereotyping: in order to shoot up as many ghosts as possible without asking any questions – without applying any hard-earned scientific skills – the film creates a threat to an iconic US city then after establishing that tired, old cliché – the narrative is to kill them all!

Ghostbusters 2016 is a celebration of the annihilation of ‘the other’ – a common theme in Hollywood films. 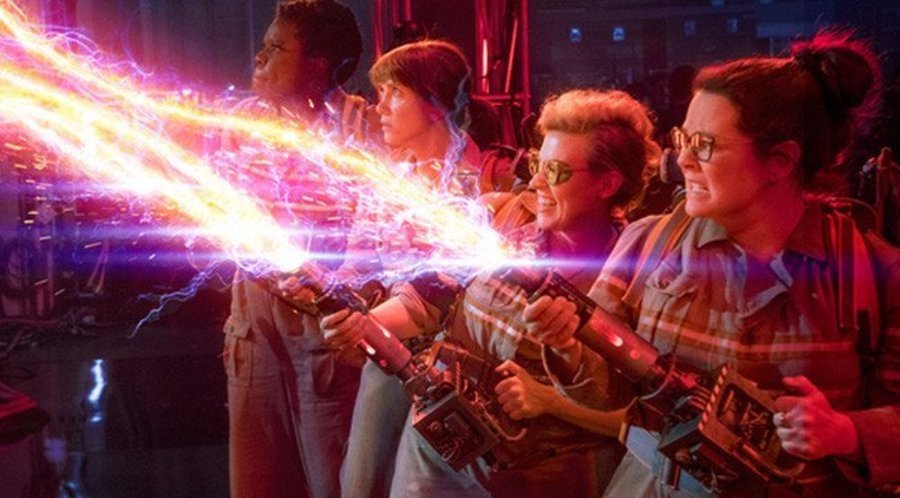 The USA committed the crime of slavery on a national scale over multi-generations then ‘freed’ the slaves with some laws and some rights that are not designed to support equality and are clearly applied according to skin colour. The appalling mindset that allows slavery and the continued victimization of ‘the other’ is constantly being delivered up to the public as entertainment.

Using the same old SFX for the ghosts that we saw in the 1984 version shows just how little has changed in the updated Ghostbusters film. The girls imitate the idiocy of the boys’ version and struggle to conceal it behind comedy genre conventions of farce.

And the same ugly ideology keeps coming up – the portrayal of ghosts as ‘the other’ – something that’s evil and must be obliterated. It’s this popcorn-packaged-politics of ‘us VS them’ and the demonizing of ‘the other’ that makes the killing easier to justify.

The ‘scientists’ in this film ultimately behaved as if they were pretending to be male. Denying the scientific knowledge [I imagine] is in their backstories, they elect to just shoot ‘em up and ‘save the day’. There was no application of femininity or even gender neutrality in any real way and hence – no need to cast girls in these roles – no need to re-make this classic. The [subtly implied] lesbian engineer was given no character arc. She arrived on screen, hit an irritating, juvenile note then kept hitting it right into the end credits. 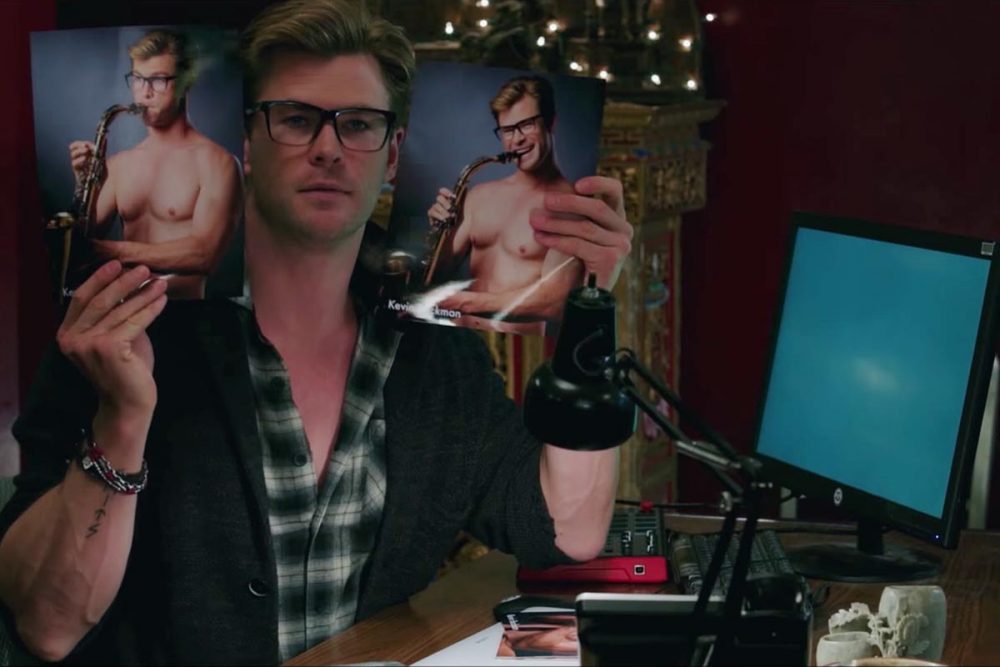 There were a few comic moments with the gender switch on the stupid, pretty secretary who is terrible at her job but hired by males for her looks so what did the female ghostbusters do? They copied stereotypical male behavior that occurs around this situation. Kristen Wiig made her attraction to the subordinate Chris Hemsworth character obvious to us and her colleagues. They acknowledged this with some lame comic lines – then turned a blind eye and let it keep happening.

I liked Bridesmaids [although it was too long] and was excited to see what director Paul Feig would do with the 80s classic, Ghostbusters. Instead, what I saw was the reinforcing of stereotypes on every level. No fresh take. No 21st century contextualization and nothing for young girls who may or may not be the audience for this film.

Anyone for Ghostbusters Take 3 ? 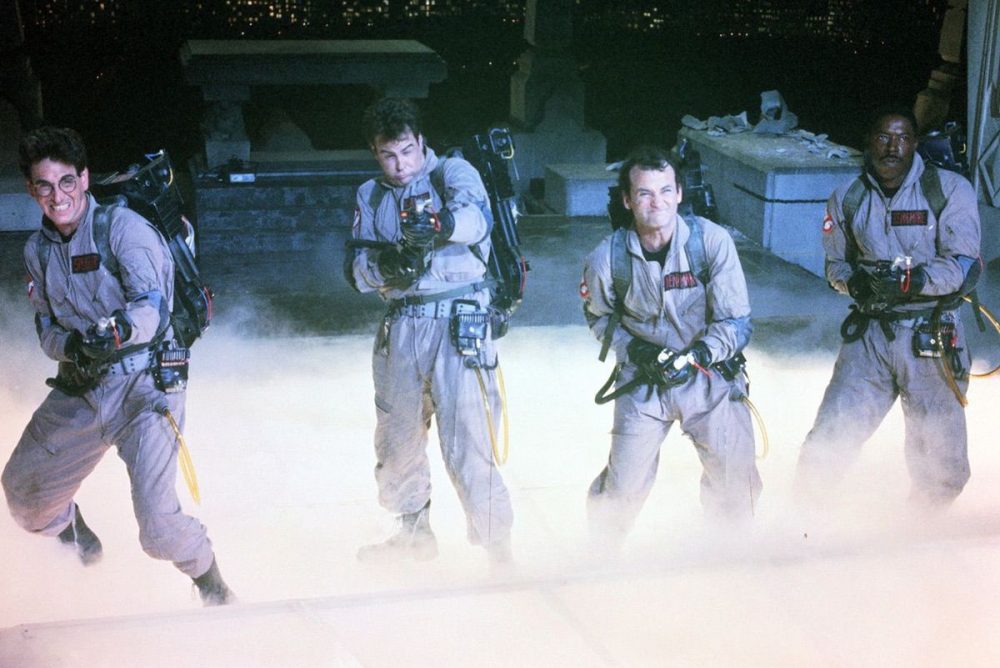