You Can Point A Piece – But Not A Piece Of Pastry

As an adult in the US it’s legal to carry guns, a gun license, buy toy guns for kids, have kids play-act murder with guns in the playground and video games – but it is not okay to point a Danish at anyone.  It might be loaded.  With more than calories.

Oh, America!  I’d like to say ‘don’t go changin” but you really must.
Check this out:

A SEVEN-year-old boy has been suspended from school for two days for chewing a pastry into the shape of a gun. 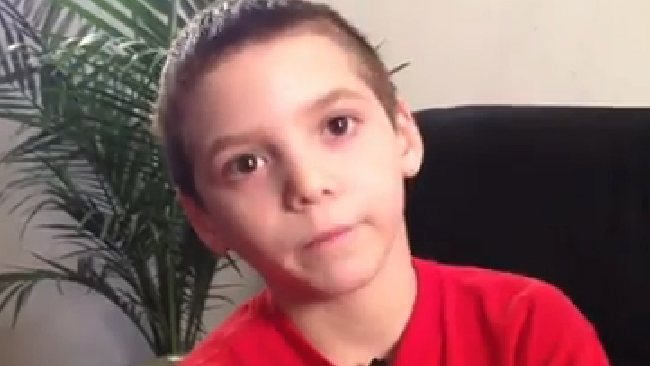 Josh Welch, 7, was suspended from school for chewing a pastry into the shape of a gun.
Picture: Fox Baltimore/Facebook

Josh Welch, in second grade at Park Elementary School in Anne Arundel County, Maryland, reportedly suffers from ADHD
and was eating a pastry, similar to a pop tart, for breakfast on Friday.

Josh told Fox Baltimore that he was trying to shape it into a mountain, but it turned out looking like a gun.

His father William “B.J” Welch told the Washington Post that the school told him Josh had pointed the “gun” at another student.

“In my eyes, it’s irrelevant; I don’t care who he pointed it at,” Mr Welch said.  “It was harmless. It was a danish.”

Josh was sent home on suspension for the day, and given another day of in-school suspension.
The school sent home a letter with children saying there had been “an incident” at school.

“One of our students used food to make inappropriate gestures that disrupted the class,” the letter said.

“If your children express that they are troubled by today’s incident, please talk with them and help them share their feelings.

“Our school counselor is available to meet with any students who have the need to do so next week.
In general, please remind them of the importance of making good choices.”

(…especially when it comes to electing government and law-makers.  RB)