Why Porridge Gets You More Love Than Oatmeal

I laugh at TV commercials trying to sell ‘oatmeal’ with a hero shot of a bowl of gruel the colour of a sick baby’s poo. 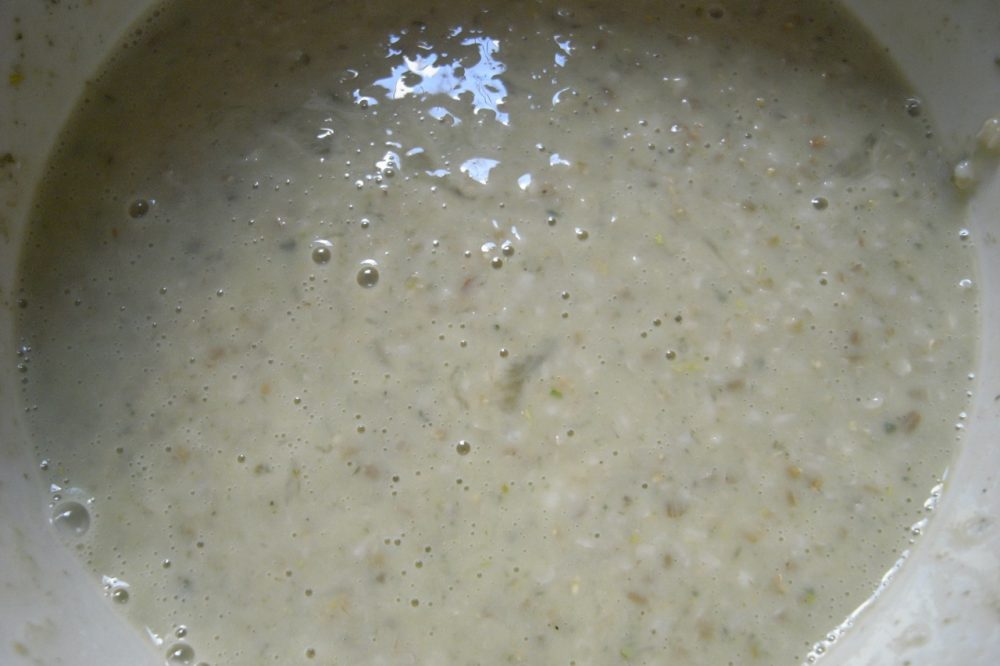 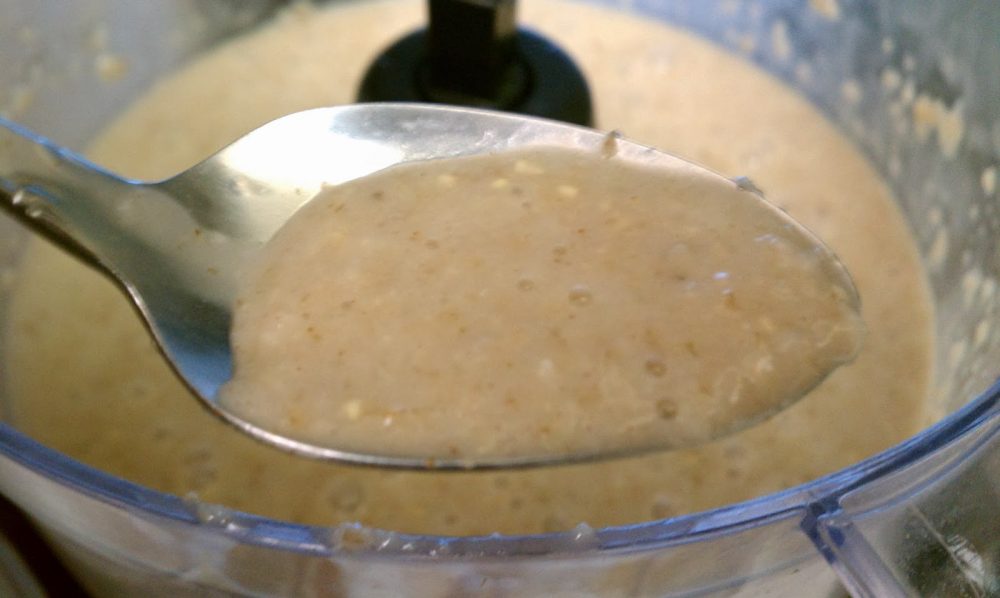 Not even Oliver Twist would ask for more. 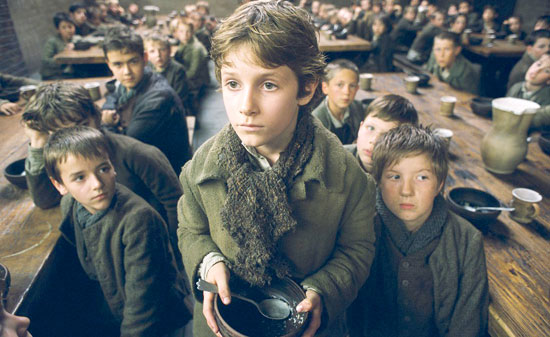 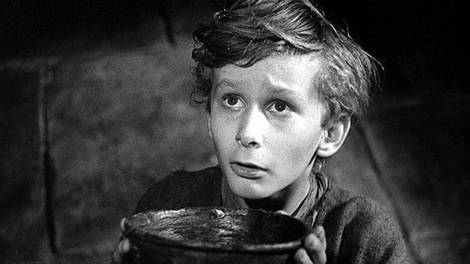 It reminds me of boarding school when the nuns tried to convince me ‘Deb’ was mashed potato.

Brands try every trick in the book to get you to buy crappy oats (grrr) then expect you eat them (ugh).

After being processed, flavoured and coloured much like the box it’s packaged in, you can eat the ‘food’ or the box with the same nutritional results. 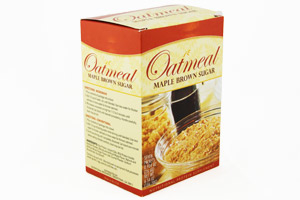 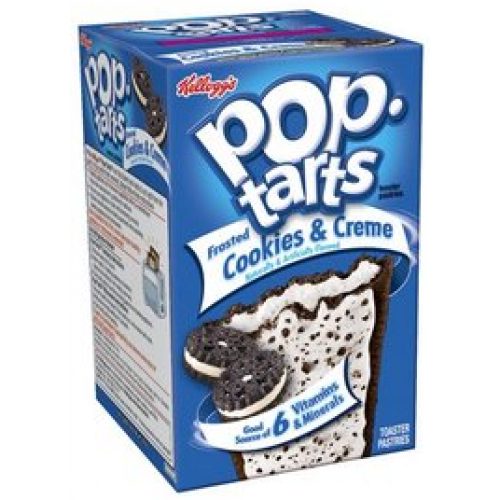 Most people know not to eat this hilarious version of chemistry posing as food – like something that might have been predicted by the 1973 horror classic, Soylent Green.

Don’t Get Conned Into Consuming ‘Oatmeal’ If:

– it comes in heavily branded packaging

– it’s flavoured with additives such as fake fruit

– it mentions the word ‘instant’.  Oats cook fast when you don’t overcook them anyway. 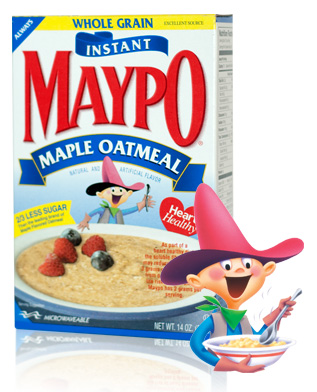 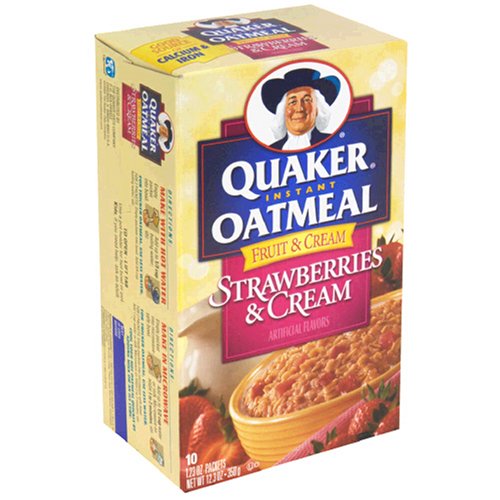 The best oats to eat are just plain ol’ oats.

Real, unprocessed oats are loaded with goodness already – vitamins, minerals, fibre – and are known to reduce symptoms of and incidence of a range diseases such as:

This was the first basic rule of food consumption my mum taught me when I was 4 years old:

‘eat food that at least resembles something of what it originally was in nature.’

She turned it into a game and the side effect was that I received a real world education of what actual food is and what manufactured food is. 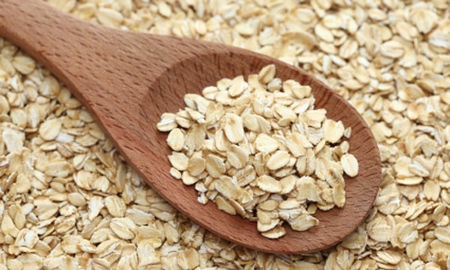 They should still look like that in your breakfast bowl.

They have a chunky texture – not smooth and ‘mealy’ like processed oatmeal aka gruel.

When I make The Porridge, I start with real oats, raw walnuts, hazelnuts as well as great brain spices such as nutmeg and cinnamon. 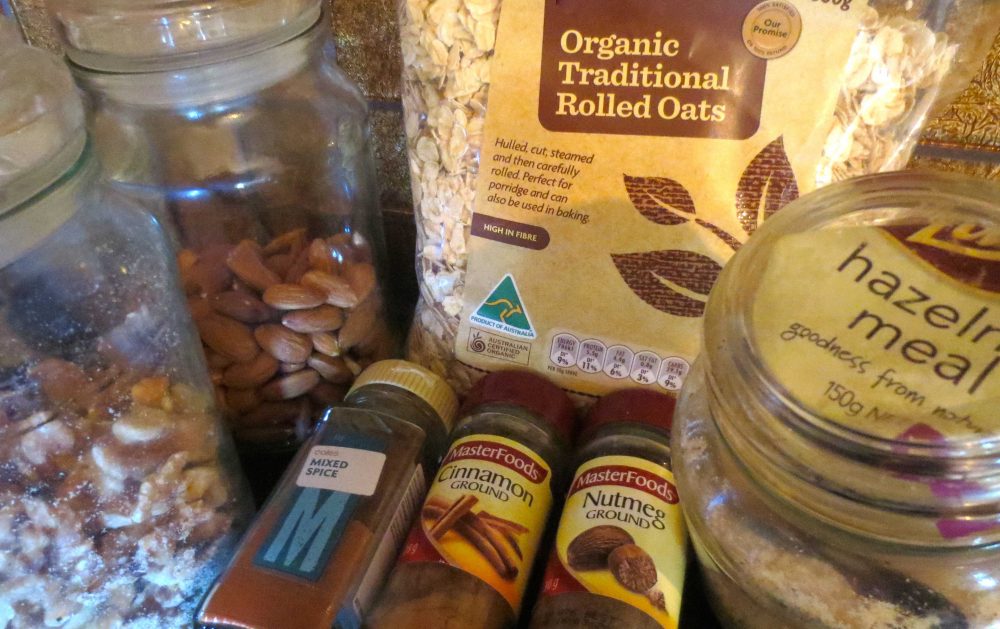 Next, I add 2 parts filtered water to 1 part milk and bring it to the boil. 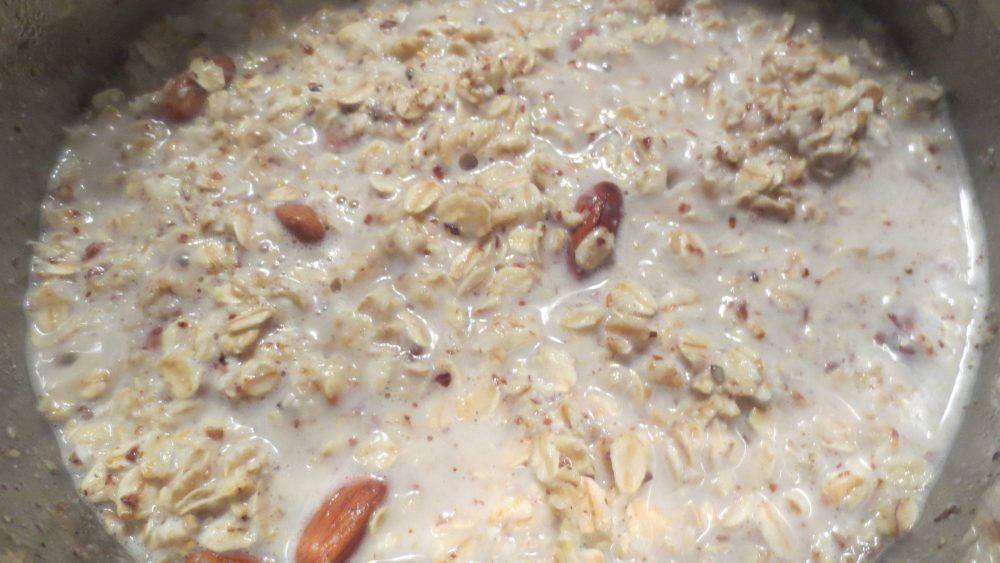 As soon as the liquid thickens up, turn off the stove and let the porridge simmer in the pot.

Put it in a bowl – add a splash of milk and, if you like, honey or brown sugar.  Up to you. 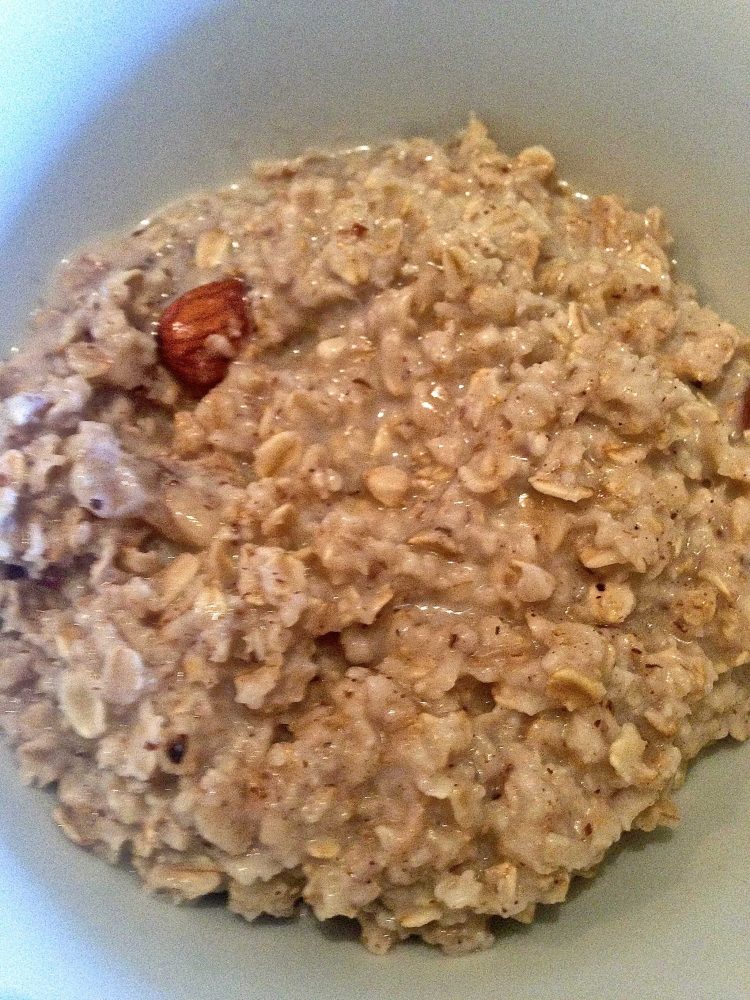 There’s a lot to be said about sugar as poison and a species that still drinks milk after weaning.  You can adjust the garnish any way you want to suit your medical conditions or preferred foodie religion IE Vegan etc. 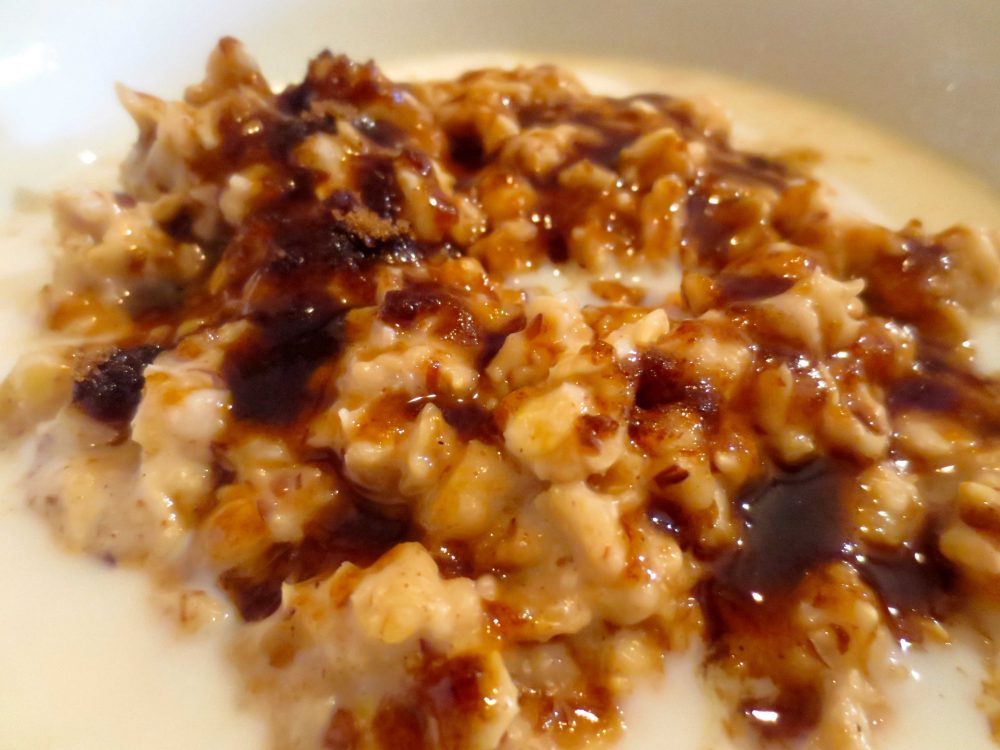 Whenever I make and eat The Porridge my mum taught me from age 4 (which I’ve since modified because I like spicier food than she does) I am immediately reminded of all those feelings I took for granted as a kid and now treasure.

Warmth.  Creating.  Love.  Laughter.  Learning not to be afraid of mistakes like spills because things are easier to fix if you think they are.  Talking with your mouth full is fine when you just can’t wait to yell about how much you love what you’re eating.

Forget the fancy cooking shows – don’t let cooking be a spectator sport on TV or just a ‘parents’ job’.

Show kids how fun and rewarding it is to create in the kitchen.

Use food preparation as one of many ways to spend quality time together.

They will end up with fond, warm, loving memories that last a lifetime and you would have helped them fall in love with creating consumable art with their own hands they can share with others.
There are more vital, empathetic lessons in this than meet the eye.

Don’t let the joy of creating in the kitchen be bastardised into the excitement of being in a fast food queue.
Encourage the sounds of the kitchen to mean more to them than the words from a stranger, ‘do you want fries with that?’

Cooking is true synergy – where the sum of the parts is greater than the ingredients on the benchtop.
The simple way to explain ‘synergy’ to kids is ‘1+1=3’.
They get it.

That’s what my mum did with me 🙂

NEXT BREAKFAST MASTERPIECE – The Bircher