Seeing the latest trailer for Baz Luhrmann’s The Great Gatsby I can say – all is forgiven [for Australia!].

While I didn’t enjoy Australia! starring Hugh Jackman, Nicole Kidman and Jack Thompson (who was made up to look a lot like KFC’s Colonel Sanders), I felt sorry for Baz when this film was widely criticised.  It was an epic film in the old Hollywood Western tradition with studio sets for outdoor scenes.  So yeah, it looked fake – but that was the style back then. 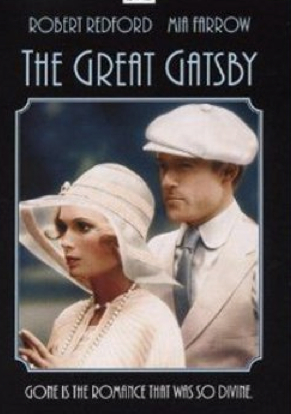 The 1974 Gatsby movie starring Robert Redford and Mia Farrow was a luxurious lesson in appreciation of humanity and an exploration of waste – wasted love, wasted opportunity, wasted wealth, wasted time and wasted lives.  Set in the Roaring 20s, its relevance echoes down every even-numbered decade of the 20th century and into the 21st.  (All the odd decades seemed to be more austere and marred with economic depression.)  It also held up an ugly mirror to the distraction of excess and what people really miss out on when they have too much.

It wil be interesting to see if the wonderful, personal lessons about life in the original novel will be understood by a new audience.

I’m looking forward to seeing Baz’s version of The Great Gatsby which is opening the Cannes Film Festival in May.