The Show I Never Missed I will Now Miss Forever

This is how I feel about it coming to an end. 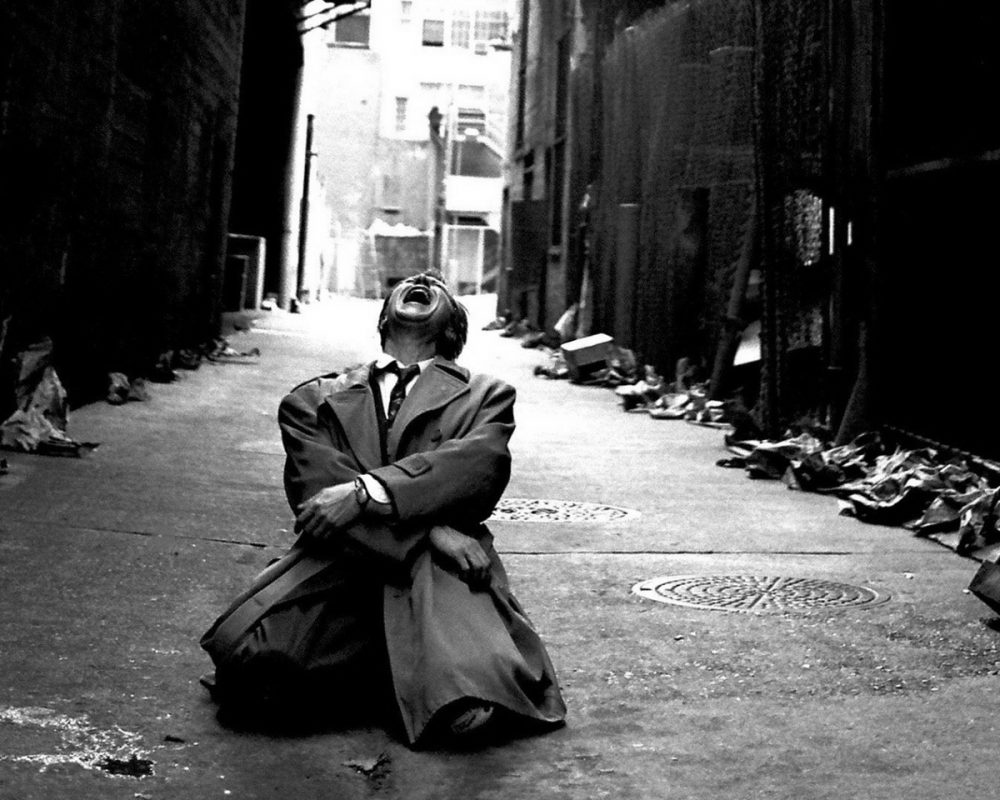 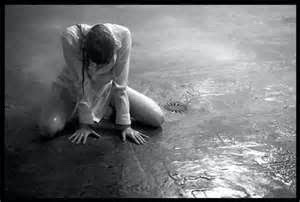 A favourite way to unwind is to time travel IE immerse myself in period drama.

Mad Men revealed 50s/60s social attitudes & behaviours diametrically opposed to what we believe and how we behave today.

Game Of Thrones created its own era with medieval magic that could be a long way in the past or a long way into a regressive future after some major dystopic planetary events.

Then – there’s Boardwalk Empire.  Welcome to the Roaring 20s where the sexual revolution of the 20th century really began, then had another surge in the 40s as everyone blissed out post-WW2 then hit high speed in the 60s.  (The 80s is when things just got messy…) 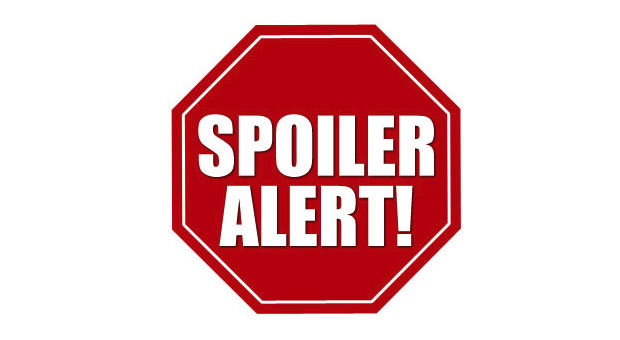 Read at your own risk if you haven’t seen the series finale of Boardwalk Empire.

Boardwalk Empire is set after WW1.  Prosperity boomed and the Prohibition Era created more carnality and criminality the Victorian era had ever thought possible.  Androgyny was fashionable.  The backyard abortion was somewhat perfected resulting in more control for women over their bodies though with antibiotics still being 20 odd years into the future, it was a risky, sometimes fatal procedure. 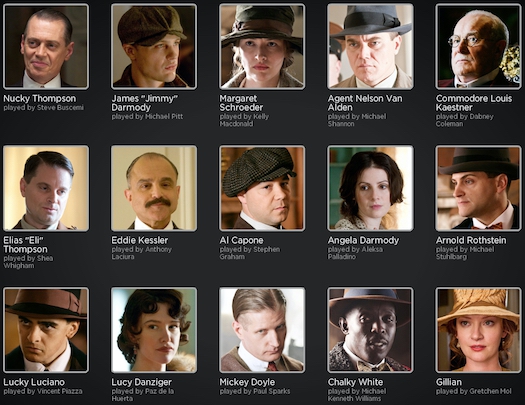 I’ve watched Boardwalk Empire S5 Ep8 Eldorado twice – the final of not only series 5 but the entire show.

You know that feeling you have at specific moments in life when you can’t wait for something to start then you can’t stand that it’s going to end?  The end of Boardwalk Empire is that monumental for me.  Just like great sex –can’t wait to get it – don’t want it to end – looking forward to next time.

The 1920s is a favourite decade that I shamelessly romanticize and revere – bizarre considering it pre-dates penicillin.  That’s the only thing that stops me time-travelling full time – fear of losing access to modern medicine for common ailments such as minor infections.

The Boardwalk Empire tagline is:

‘You can’t be half a gangster.’

And I was never half a viewer.

Back we go in time… 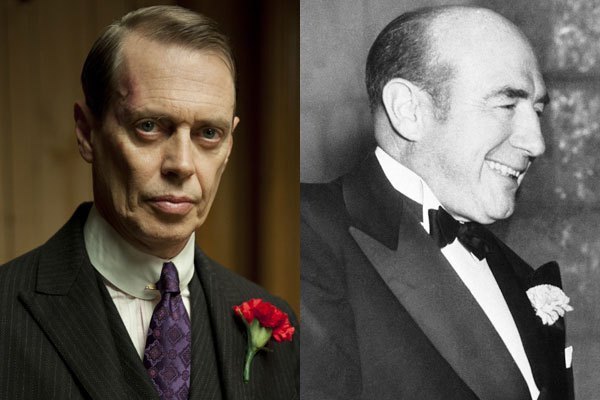 It’s the story of Enoch Thompson – the Atlantic City Council Treasurer, New Jersey.  He has a lavish lifestyle due to productive relationships with mobsters and politicians.  It offers everything he wants and yet nothing he really wants.

The Recap has some far back refs such as Al Capone’s son’s deafness.  This is a significant reminder for one of the most moving scenes in the finale.

Nucky in the nude – swimming in the ocean.  Unusual behaviour for this dude.

Nucky as a young official – terrific likeness in the young actor (Marc Pickering with enhanced dentures) to the real life Steve Buscemi.

The close-ups during a threat being made and it being heard are superbly revealing.

Another thing I’ll miss when this show is over is texture – the sets, costumes and props.  The wallpaper is mesmerizing and there’s so much beautiful wood.  The era also pre-dates plastic and so that adds an authentic earthiness and a realness to life back then.

The scene ebtween Capone and his son just cuts my heart out with a spoon.

Timeline jumps have worked well in this final season – between the younger and older Nuckys.

Nucky’s prime value of ‘family’ has been an elusive source of joy all his life.

Margaret – wonderfully portrayed by Kelly Macdonald who generates a supreme performance in every role – looks very much at home playing stock market games.  I’ve really liked her work ever since I first saw her in Gosford Park.

The scene with Nucky and Margaret after a mega financial gain on the stock market gives a glimmer of hope.  Maybe that family Nucky craved all his life might be his after all.

Eldorado – the significance of the title just kicked in.  Nucky is almost home.  He’s extricating himself from situations, breaking ties, tying up loose ends and freeing himself.

Lucky Luciano is more attractive with his mismatched eyes.  (Symmetry bores me unless it occurs accidently in nature.  All symmetry does is promote the myth of balance.  Of perfection.  It’s convenient and bland.  I don’t know why so many people crave it in interior design.)

A scene with a vaudevillian ‘girl from the future’ increases the disturbed, discomforting vibe bubbling away under the surface of this finale.

Then we snap back in time to a young Nucky and the showdown with his tragic, brutal father we knew was somewhere in his past.  Some people are little more than menaces.  Humanised fleas and mosquitoes.

A scene of loss, futility and a bleak future of hell on Earth happens between Nucky and his brother Eli.  It marks the end of a long a history of betrayal and reconciliation.

ELI
‘How come you got to be the wise one?’

‘Because you needed me to be.’

Eli is like Cain who metaphorically slew Abel many times over but couldn’t kill him.

The parting gift from Nucky is like a bag of stuff you’d give to someone you loved a long time ago who’s now in jail.  Eli is free from Nucky, free from family and yet is in solitary confinement – the prison of himself.

Bugsy was quite the jerk with the charm of a sore that won’t scab over.

Narcisse the ‘Dr’ (Jeffrey Wright) was a fabulously dark hypocrite and brilliantly portrayed.  Bye bye Narcisse.  Big sleeps for you.

And Chalky White (Michael Kenneth Williams) with the mouth that often resembled a crestfallen crescent moon who somewhat enjoyed the wealth and privilege he could access.  America was still a white man’s world depite the civil war to end slavery and the Suffragette achievements for women. 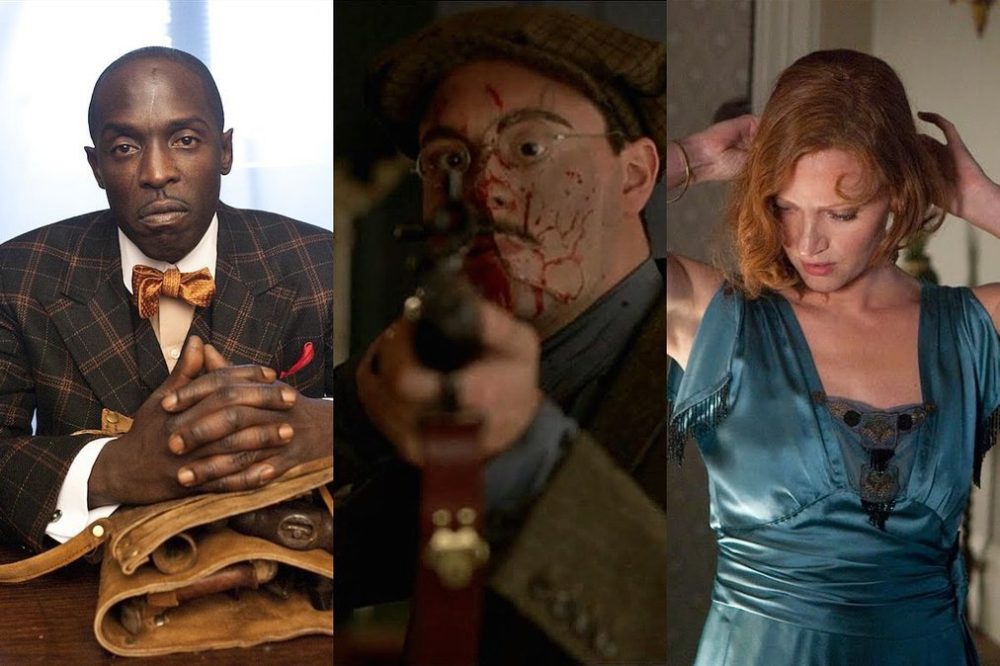 The scene where Nucky visits Gillian (Gretchen Mol) sees him seeking some kind of redemption, an attempt to make amends for something so life-changing and so far back that nothing can compensate for his early decision concerning the fate of Gillian.  What a heartbreaking life story she endured.  Even the high points were served up with side orders of the ugliest qualities of human nature.  There is some slim optimictic possibility for this Pandora-woman.  But it’s as elusive as true happiness always was for her, shifting from one tragedy to the next – orphan to underage rape victim, teen mother and the comforting delusion that there is still graciousness in her world.

Back to the club Nucky ran with class.  Now, instead of stylish dancing, the entertainment has moved into straight-out lewd posing and strips with no tease.  It feels like it’s heralding the grim truths of the 30s Depression Era.

Nucky finds the old postcard from his great childhood love that also gave him his first notion of sexual attraction.

Nucky’s 3 major disappointments – his father, Mabel’s miscarriage and the deal he makes with this devil.

Nucky commits a hefty sin against what he values most – family.  His crime against Gillian would set him on a path to redemption that will start from a very long way back from the finish line.  That deal of ‘giving’ a teenage Gillian to the Commodore determined who and what Nucky would be for the rest of his life.  Sure, there were material rewards along the way for trading his soul but the day would come when it would be time to pay his end of the bargain.

And it ended – not with a whimper but a bang.

Poetic.  Shakespearean.  And sadly, as it should be.

It’s been a great ride for 5 seasons. 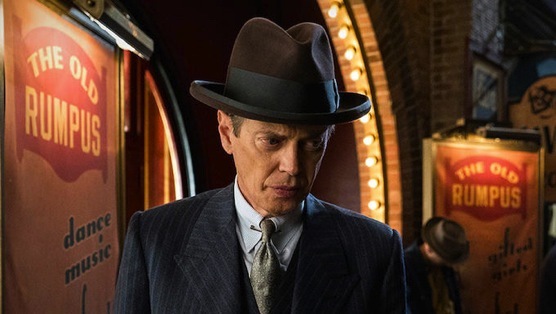 Seasons 1-4 scored 2 Golden Globes along with another 51 wins plus 134 nominations.

SOME OUTSTANDING PERFORMANCES & THE ACTORS WHO GAVE THEM 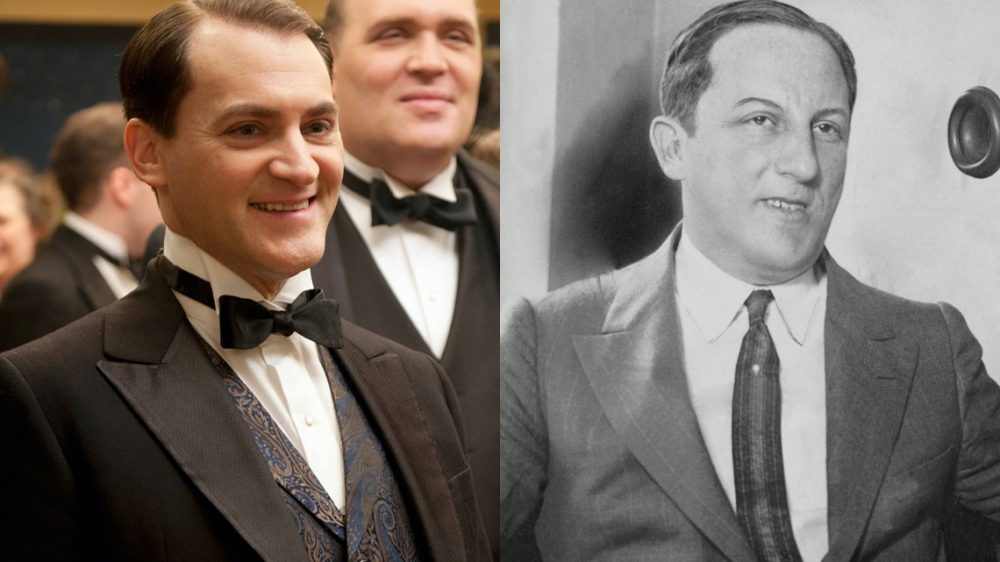