The Batman Rises And Falls And..?

The rising of the Dark Knight is more plausible than that old superstition of Jesus rising from the dead.

Director Christopher Nolan has given us an epic end to the story of a broody billionaire’s battle with himself and the dark forces of the world. 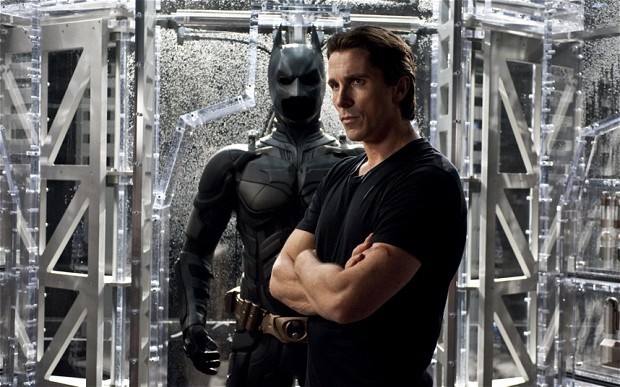 Christian Bale is again Bruce Wayne / Batman and kicks off the film living like Howard Hughes.  Gotham is a safe city but Bruce is a reclusive, gutted shell of a man.  That’s okay.  No one needs The Batman at the moment and that may be Bruce’s problem.  His life has more meaning when he’s the caped crusader.  And there’s a good reason involving Harvey Dent that he’s not regarded as The Batman but as The Badman.

It’s a convoluted plot but not difficult to follow and with the film lasting 2 hours 44 minutes, there’s plenty of time to take the scenic route to the whole crux of the matter.  So avoid the over-sized over-priced movie soda pop and salty cinema crap snacks so you don’t need a pee break during the film.

The soundtrack is the key to keeping us on the edge of our seats for the long duration.  Its steadily mounting tension gives the feeling of a bomb about to explode which perfectly reflects what’s happening on screen.

Seeing it on a giant IMAX screen was good for getting a sense of the size of the sets Nolan insisted on having built.  There is CGI of course, but he has also gone for that lavish 40s large scale production with loads of extras.  Instead of watching a CGI environment unfold in front of you, the IMAX experience puts you in the sets, in the action, in Gotham city. 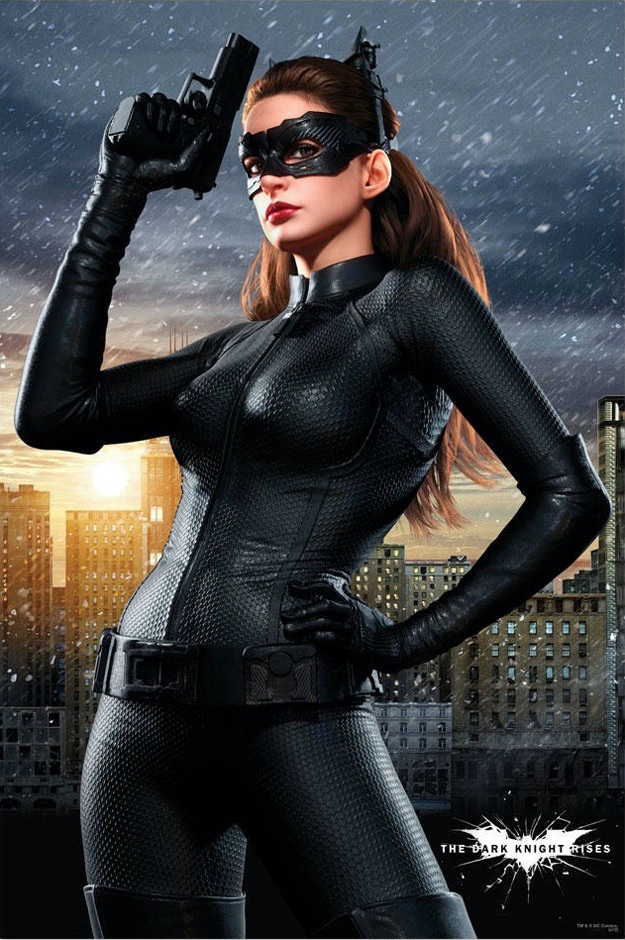 Now to the cast.  Anne Hathaway plays Catwoman / Selena Kyle.  She is an Oscar-nominated actress whose rise to stardom seems to be orchestrated by a committee of agents, managers, stylists and other spin doctor types who know how to create a star that will in turn boost their own careers as star-makers.  She is beautiful – kind of – and has an asexuality like Nicole Kidman.  She was always acting on screen – which may be deliberate as Catwoman is constantly putting on some kind of performance to get what she wants and relies on the idiocy and ineptitude of smitten men distracted by her feline wiles in order to get what she wants.  Anne is good as Catwoman but did she bring something that no one else could have to the role?  I think not.  And the sexy / funny shot Chris Nolan showed us a couple of times, has her on Batman’s motorbike in the down-on-all-fours-butt-in-the-air pose that made her look like she’s ‘presenting’.  I mean the kind of presenting you see female animals do on the Nat Geo channel. 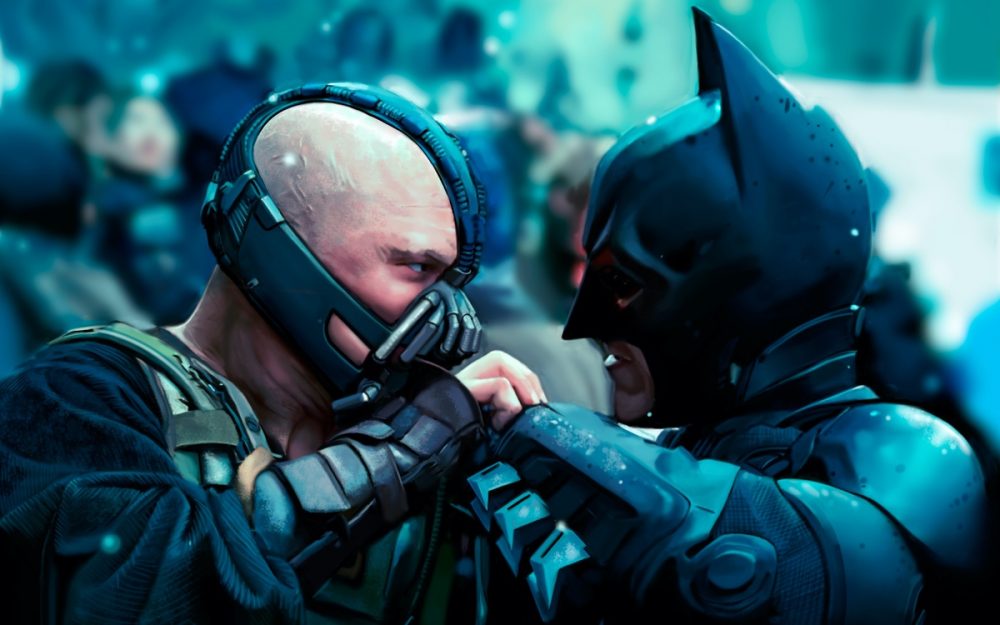 Tom Hardy is the arch villain Bane whom I really liked by the end of the movie.  I wanted to cuddle him and stroke his bashed up head to make all the bad stuff go away.  Tom has beefed up to a frightening extent for this role – so much so he looked like a few of the over-steroided dudes I see at my gym.  He has a bruising, powerful presence on screen and a supreme confidence in his own ability that is a joy to watch if you cheer for the bad guys which I tend to do.  The only issue is his body-numbing mouth mask meant some key lines were lost in translation.  And the villain has the lion’s share of great lines so we don’t want to miss a single syllable.  His sheepskin smart casual outfit for his day-to-day villainy was just gorgeous. 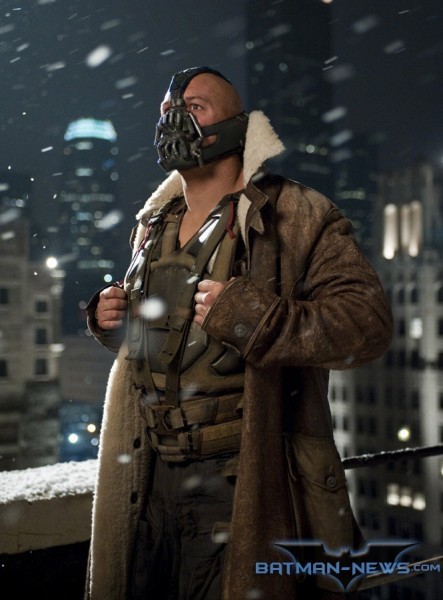 Morgan Freeman returned as Lucius Fox and it was exciting to get inside Wayne Enterprises secret stash of tech goodies.  I would have liked to see more of the gadgets in there but Wayne’s world was definitely on the wane while Bruce was a recluse so just like in any GFC – Lucius didn’t have access to quite as much cash. 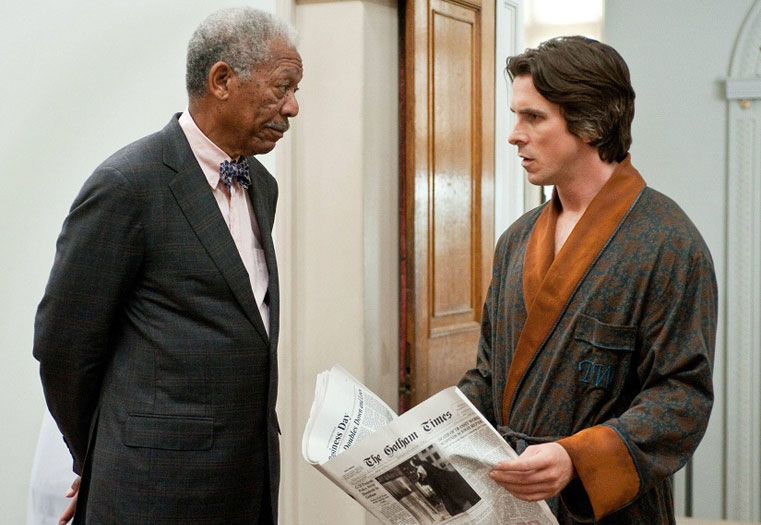 Michael Caine as Alfred cuts a tragic figure in The Dark Knight Rises.  His supreme acting skill in scenes with Christian Bale were gut-wrenching as he carries the burden of knowing his worst fears would more than likely come to pass and that is his lot in life. 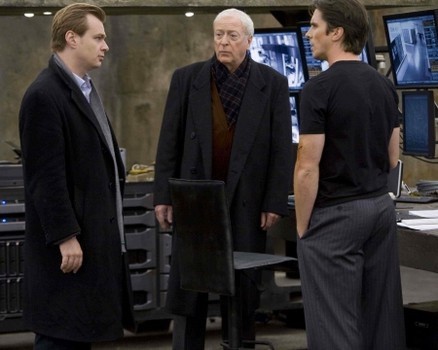 I was pretty excited to see AFI winner Ben Mendelsohn land a pivotal role as a corrupt corporate suit called Daggett.  He played a jerk but there is still something about that cheeky face that makes it really hard to hate him. 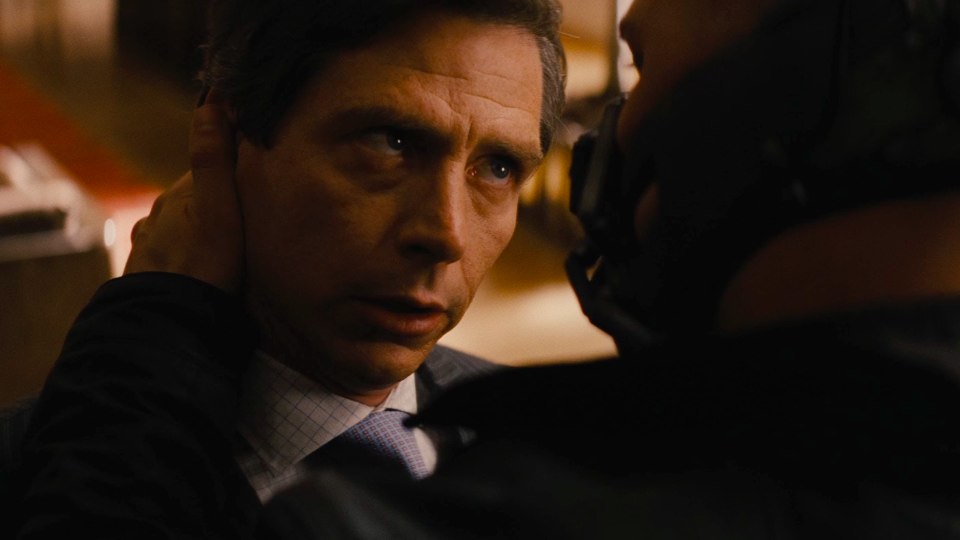 Joseph Gordon-Levitt provides another heart to the story as Detective John Blake.  He has a lot in common with Bruce Wayne and has a fervour about his work that hints at more of a crusader role than simply doing his duty.  There’s a word that pops out of his mouth at the end that got me thinking about what role he might play in the inevitable re-boot of the Batman franchise in 5 years time. 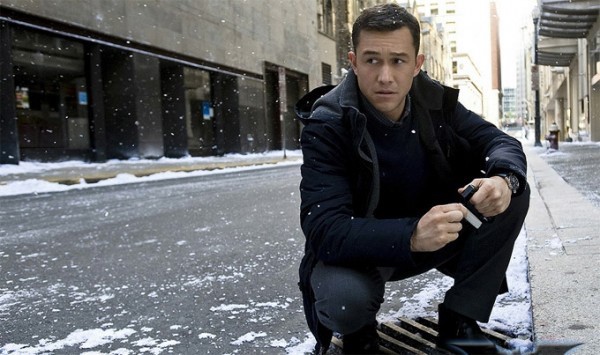 Marion Cotillard post-pregnancy put in a great performance as Miranda Tate though if they had have waited just that little bit longer, different choices might have been made about her wardrobe. 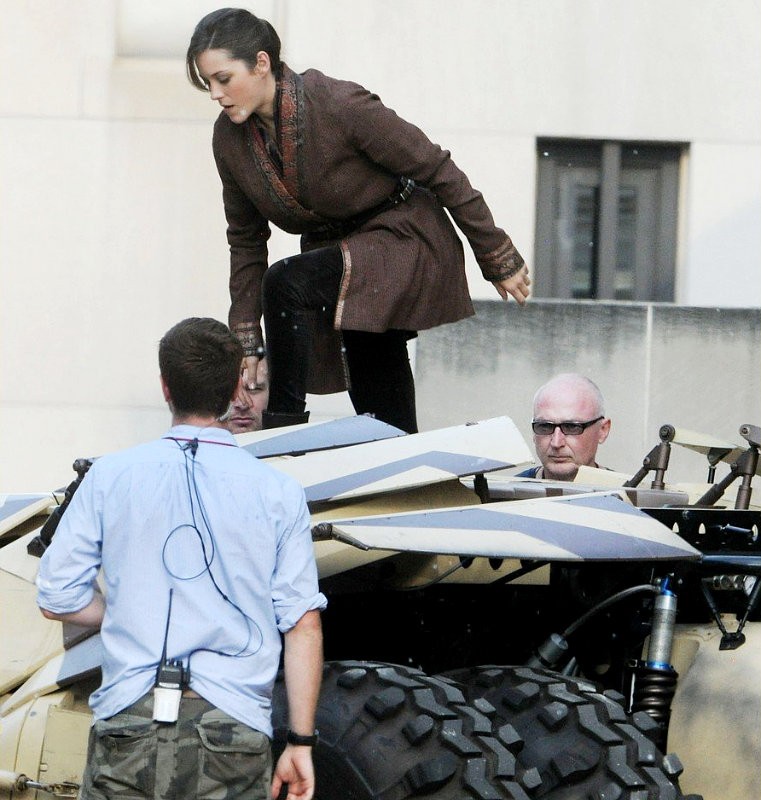 And can anyone get tired of watching Gary Oldman on screen?  He plays Commissioner Gordon again and almost effortlessly upstages himself on screen.  Yep – he’s that good.  Even his skin is part of the performance as every facial muscles works towards giving you clues as to the inner turmoil in which this man of law is immersed. 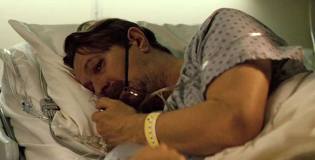 It’s easy to see the influence the writers Chris Nolan and his brother Jonathon took from the Dickens classic A Tale Of Two Cities.  This was one of the most powerful stories I read as a teenager and offered me a way to see that no matter what I did in life, I would always be able to redeem myself with a selfless act before time runs out.  I’m still counting on that.  My deathbed request is redemption.  As to the significance that brilliant, tear-jerking final line of A Tale Of Two Cities, I’ll leave that alone here so you can go along to the movie and find out for yourself how it all fits in with The Batman story.

I wonder if the Oscars will reward The Dark Knight franchise now the third film is done in the way it rewarded The Lord Of The Rings after The Return Of The King.  Historically, superhero, CGI, SFX films have not done well at the Oscars but I prophesize a change in 2013.  Now, there are so many more examples of SFX films with great storylines, superb acting and genius direction along with all the crafts that go into making a great movie.  Hopefully the days are gone where a new special effect was simply showcased in a weak movie designed just to be a vehicle to demonstrate the latest big screen toy.

Will Nolan and Bale return for more Batman movies?  My gut feeling is – no.  After Memento, Insomnia and Inception, I imagine Nolan would like to sink his teeth into something different now.  And I’m ready to see him doing something else too.

Overall, Christopher Nolan has delivered a final film fans will love and a satisfying end to a tragic journey of heartbreak for one of the greatest, darkest superheroes the 20th century produced.  It’s beautifully realized on the big screen and arguably the biggest release of the year.

Here’s the trailer – in case you’ve been living under a rock and missed it: