Seen at Comic Con talking up future films – Tyrian of Game of Thrones aka Peter Dinklage.  The actor who looks a lot like Clive Owen‘s brother if you put a photo of each of them side by side and squint – will join the cast of the next X Men movie Days Of Future Past.  It sounds like what happens when you put instant coffee in a microwave and almost go back in time. [Thank you Steven Wright for that insight into budget time travel.]

Wolverine (aka Hugh Jackman) also got on stage to talk up more X Men.

But my interest is in Dawn Of The Planet Of The Apes – continuing the franchise that explores a different take on Darwin’s Theory of Evolution.  With a title like Dawn Of The Planet Of The Apes however, I was thinking maybe the filmmakers were opting for a genre mash-up: zombie apes run amuck.  There is a plague so it may just turn out that ‘zombie-fever’ figures into the plot somehow.

I still want to see it for many reasons.  Andy Serkis is a great performer (2nd on left below).  I want to see the progession of Jason Clarke‘s talent (far left below). He is the Aussie who got attention as the alco-thug brother in Lawless and made Shia LaBoof[head] (sic) look like the lame actor we already knew he was, then Clarke leapt to further acclaim in Zero Dark Thirty.

And I love the idea of intelligent animals, armed, giving humans a bit of their own back.  We have a lot to answer for when it comes to our duty of care towards other life forms on this planet. 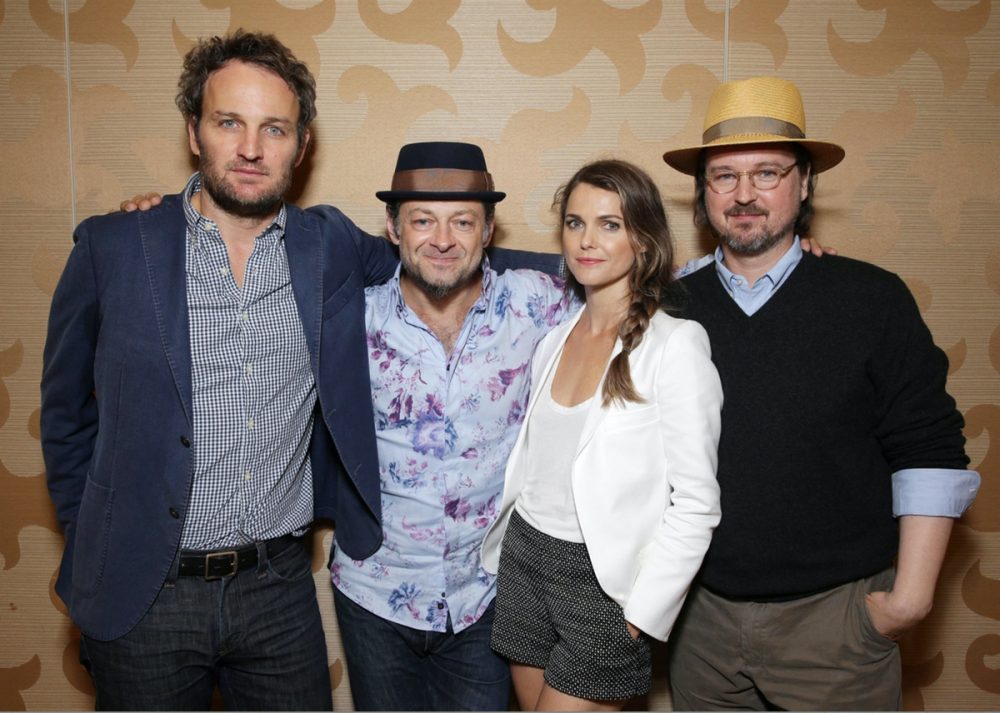 Here’s who else is in the new Apes movie: Gary Oldman, Kodi Smit McPhee (The Road) and Keri Russell (in the pic above) but I’m neither here nor there on anything she’s done so far.

Hopefully 2014 will see more films with stronger storylines than some limp string straining to keep our attention between massively shiny CGI set pieces that are frankly, now as interesting as playing Pong.