Redd Inc – Your Boss Will Kill You

When Nicholas Hope appeared on the big screen with a demonic smile that would rival Jack Nicholson in The Shining, the cinema audience went nuts.

It brought back memories of a lovable disturbed man-boy and his Glad-Wrapped cat. That dead feline co-starred with Hope in the award-winning in Rolf de Heer’s 1993 brilliant shock flick Bad Boy Bubby which won AFI Awards for Best Screenplay, Best Lead Actor and Best Director. 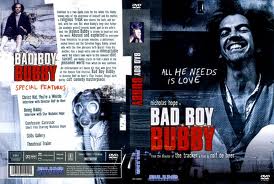 So it’s great to see Hope return to a black comedic horror – again with something to say about modern society and the contemporary workplace.  This time it’s about the everyday slavery happening right across the modern world. 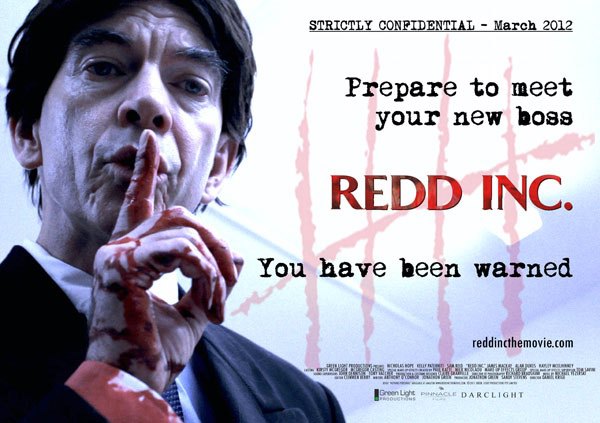 He plays Thomas Reddman – the Regional Manager of Redd Inc and he’s the star of this next cult film set to be a future hit. It puts a whole new macabre slant on Groundhog Day and provides great social commentary on what it means to work in order to stay alive.

Redd is a convicted serial killer known as The Headhunter who hacks to death bad CEOS, corporate pigs and fat cats who probably should be Glad-Wrapped and tossed. After being convicted, he breaks out of the prison asylum, kidnaps the people whose contribution in court got him a verdict of guilty and forces them to find the real killer – thus clearing his name. He chains them to desks in front of computers in a cube farm and welcomes with a creepy ‘hello workers’ then orders them to ‘get back to work!’

Never have these words been so insidious, formidable and funny.

First world countries claim to have abolished slavery. That is not true. Go to any corporate office and check out the cube farms – cramped conditions, mindless repetitive movement and the endless processing of red tape. 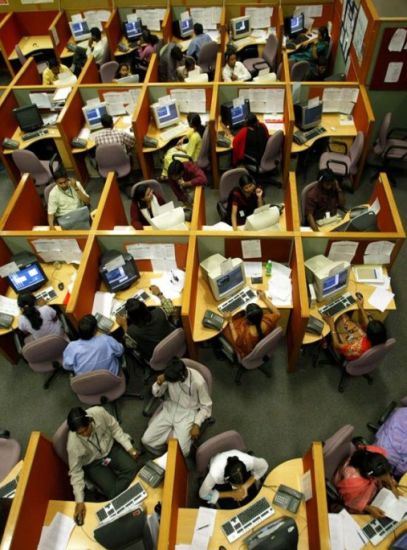 The reality is: first world countries just changed the word ‘slavery’ into other words such as ‘mortgage’. Timed dunny breaks, clocking on, clocking off, that feeling of being chained to a desk doing pointless, menial tasks designed to keep unnecessarily complicated workflows in perpetual motion – this work ‘ethic’ is forced on many people who need money to afford the basics of food and shelter in the affluent world. 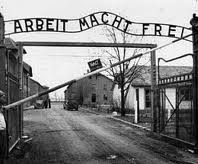 Welcome to capitalism – a term that is a reminder of the sign over Auschwitz ‘Work Frees’.  Working yourself to death certainly does free you from work.

Tom Savini is a US makeup and SFX artist as well as an actor and has a great history dating back to (and beyond) the greatest social comment on modern life at the time – Romero’s Dawn Of The Dead (1978).  It’s a personal favourite of mine. It was a great joy to see no CGI but real, physical special effects like the way Romero does them. 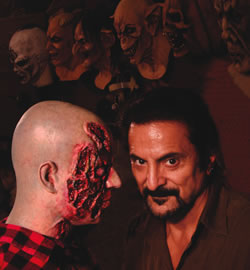 And this is why Redd Inc is best seen in a cinema first. Horror movie buffs like seeing their genre of choice on a big screen and at least once.

In the olden days, people went to church to worship gods, they broke bread and connected with other like-minded folk in the local community.

Horror buffs do the same. They congregate at the altar of the silver screen, they share popcorn and absorb the sermon coming from on high. Complete strangers connect with groans and screams and the hiding of the eyes behind the hands. It’s exciting and thrilling and scary and a divine experience all rolled into one.

While abiding by certain horror conventions – it also breaks new ground with story twists and turns that elevate this film into the highest echelon of the genre.

The soundtrack is superb, the editing seamless, the direction sublime.

Dan Krige is the director who took the script by Anthony O’Connor and Jonathon Green and gave it a modern visual style that feels like it has moved the genre forward. The script itself is laugh-out-loud and suitably gruesome as office life often is.

When Romero’s Dawn Of The Dead was released in 1978, it predicted a time when people would work for money on weekdays then be drawn to giant shopping malls on weekends to spend that money as a form of entertainment and relaxation – and he accurately depicted this prophecy using zombies to illustrate his point.

Around that same era, the Ozploitation genre was in full swing with classics such as Turkey Shoot and Dead End Drive In with Mad Max being the most famous and successful of all Aussie genre films. Not Quite Hollywood is  the name of an award-winning doco that goes behind the scenes and elevates the Ozpoitation style that was long regarded as the Australian film industry’s ‘dirty little sceret’. 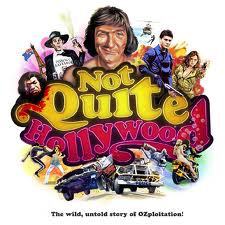 And when filmmaking special effects surged ahead with the explosion of technology in the 90s, the horror and sci-fi genres enjoyed a renaissance. Stories were easier to tell because improbable worlds became fully realistic on the big screen. And Ozploitation has enjoyed its own evolutionary leap. Since 2003 the Saw franchise has racked up several films making Jigsaw a very successful and sought-after villain who has generated millions of dollars. But here’s the difference – Redd Inc is funny.

Redd Inc is one of the smartest films of its genre and worth seeing on big and small screens everywhere. It’ll sure give you a different view of modern human resources and a disturbingly accurate one too.

It is available on DVD in Australia and might get a cinema release with the new title Inhuman Resources.  (But why bother wiht the title change?  Didn’t Hollywood learn a lesson from re-titling Mad Max as The Road Warrior?  Still – it didn’t hurt the box office.)