Pop Art Got More Than 15 Minutes Of Fame

Pop Art was a frivolous flash in cultural pan – until it wasn’t.

Not ahead of its time but it did predict that the mundane and lightweight would be revered.  It was summed up by Andy Warhol with the words:

The irony is delicious – a disposable artform standing the test of time.

I’d love to see a Pop Art portrait of Andy Warhol as Nostradamus. 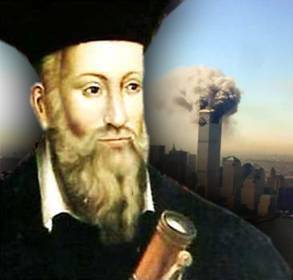 I wish Warhol could have seen it today – seen his own words come true in a much bigger way than he might have imagined.

Now, we have fame in 6 seconds thanks to Vine.

And fame in a single frame thanks to Instagram.  The selfie and the individual’s ability to publish anything and potentially reach everyone in the world is the evolution of Warhol’s prediction about fame. 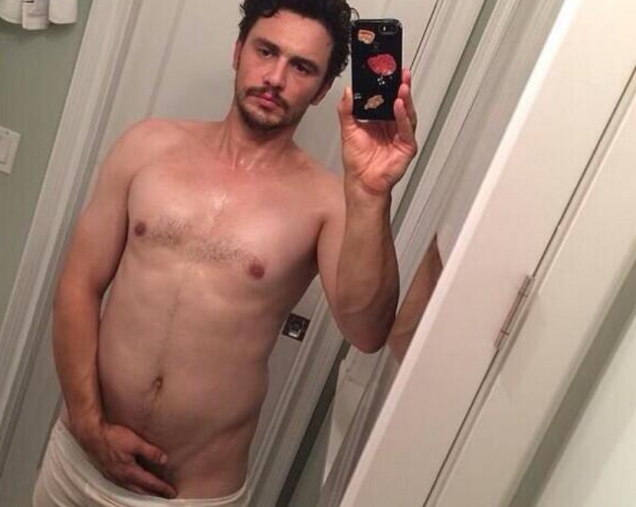 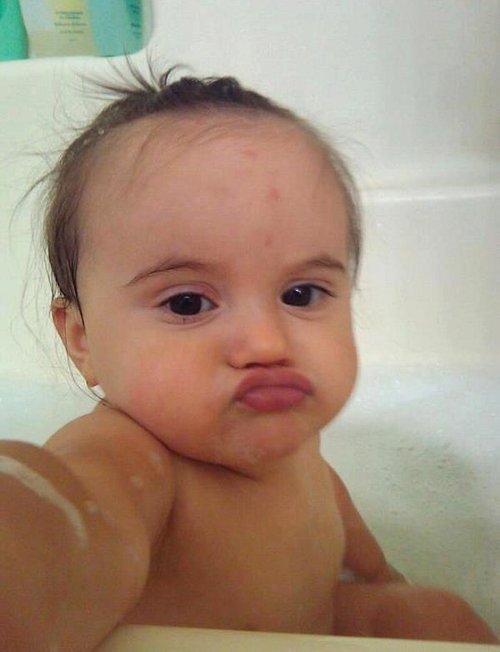 Pop Art grew out of the infancy of mass consumer media and had its roots in Dada.

The celebration of the absurd.

Mocking itself and the audience.

At the same time, finding the art in the everyday. 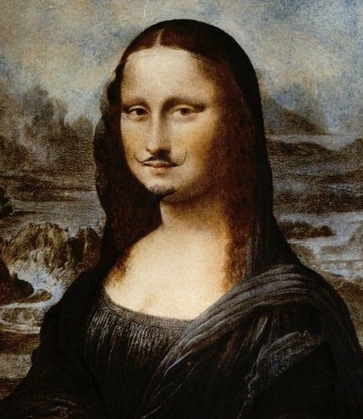 Marcel Duchamp’s Mou-na Lisa  (not the real title – I just prefer it.)

One favourite Dada example is Man Ray’s ‘Iron’.  A common, artless household item was rendered useless by adding nails while making a statement about the uselessness of useful items in terms of artistic merit.  It also elevated the humble iron into an artwork by adding nails.  Hey, it worked for Jesus, too. 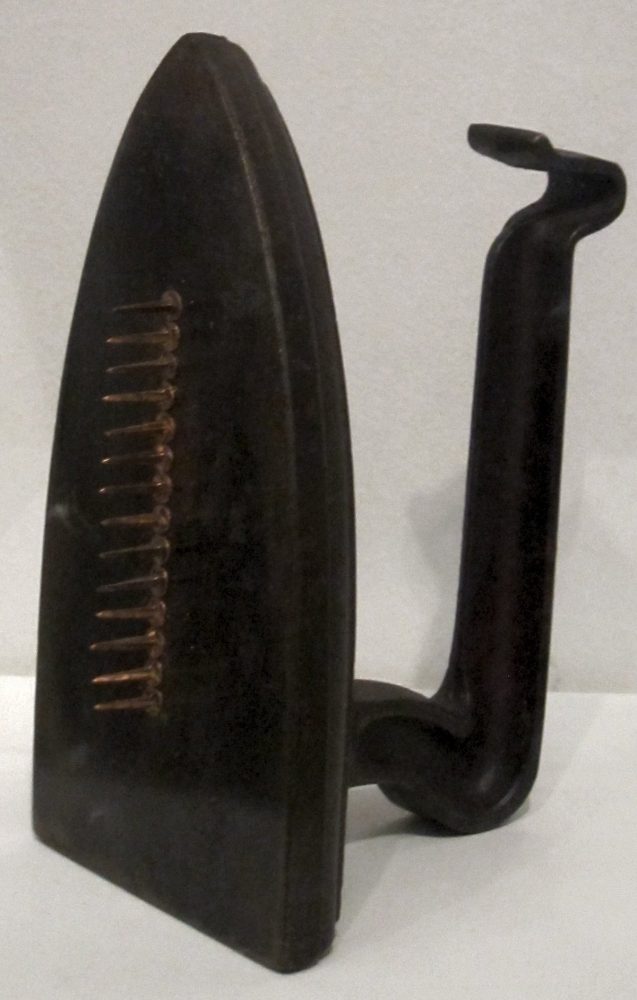 Man Ray mocked household items being elevated in advertising as the greatest joy of the wife and mother – the perfect gift on any occasion and a symbol of an easier life.  It more accurately echoes the chilling motto above the gate to the main camp of Auschwitz translated is ‘Work Makes One Free’. 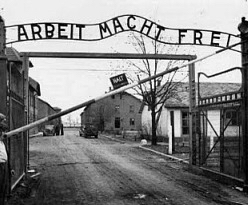 The mundane, repetitive nature of housework that has to be done and re-done with little appreciation and no financial reward isn’t that different to the work / reward ratio of slavery.  Where was the paypacket for a traditional housewife?  The 50s, 60s and 70s saw truly vile advertising creating false images of women happily obsessed with housework and all the new fandangled gadgets that made them ‘free’.

Before the Vietnam War was brought into living rooms thanks to TV, WW2 was manipulated in newsreels.  And all wars preceding WW2 were shrouded in myth and legend – the stuff of adventure and becoming a ‘man’.  Kids lied about their age to join up, be a soldier and enjoy the life that the manipulated stories of war glory promised since the dawn of time. 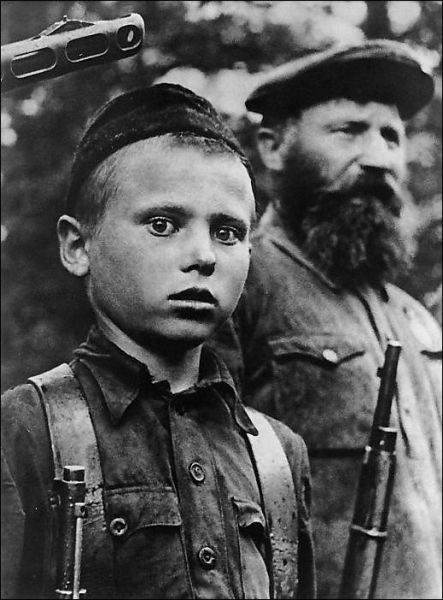 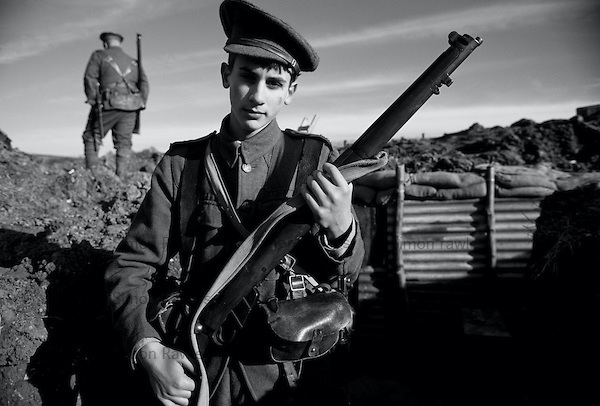 Like most things, the reality of war was and is quite different. 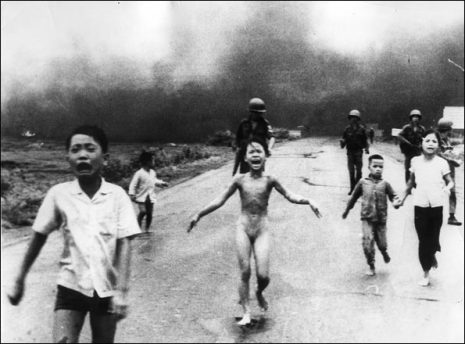 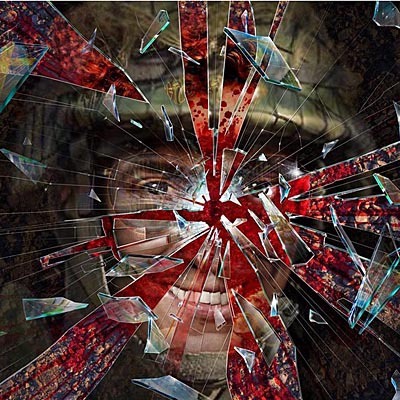 Pop Art celebrated and satirized the lightweight, the dumbing down of art, the false image of advertising as art and mass media as the method for consumers to access to the madness.

Upon public exhibition, he was arrested, convicted of obscenity and sentenced to 6 months hard labour.

This was later commuted to a fine of $20.  50 years later, his artwork contains nothing we don’t see in mass media or graffiti in any public place. 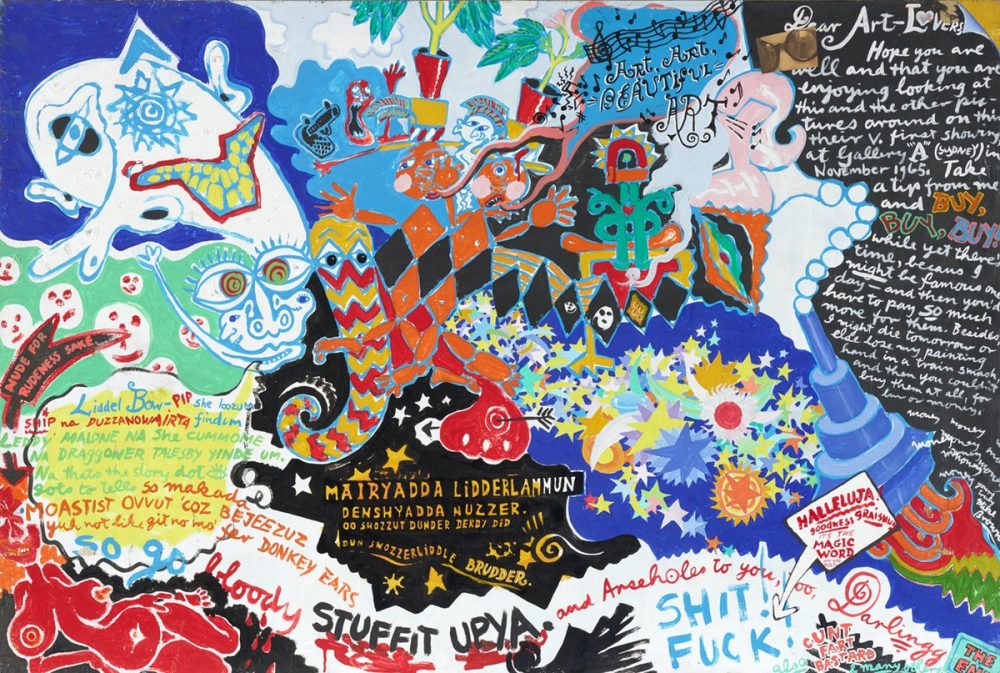 Pop Art is still around and a lot more heavyweight than its twee beginnings.  As a movement, it continues to exist and remain influential not only in the revered galleries of the art world but in the very thing it was mocking and exploiting from the start.

The 7 deadly sins and in particular, the sin of vanity.

Get a feel for this art style at the Art Gallery Of NSW where Australia’s biggest ever Pop Art exhibition is on now until early 2015.  Pop To Popism features works gathered from 35 international museums and private collections.

Is Pop Art any good?
Is it meant to be?
Does it matter?
Or is it like beauty?
Art is in the eye of the beholder. 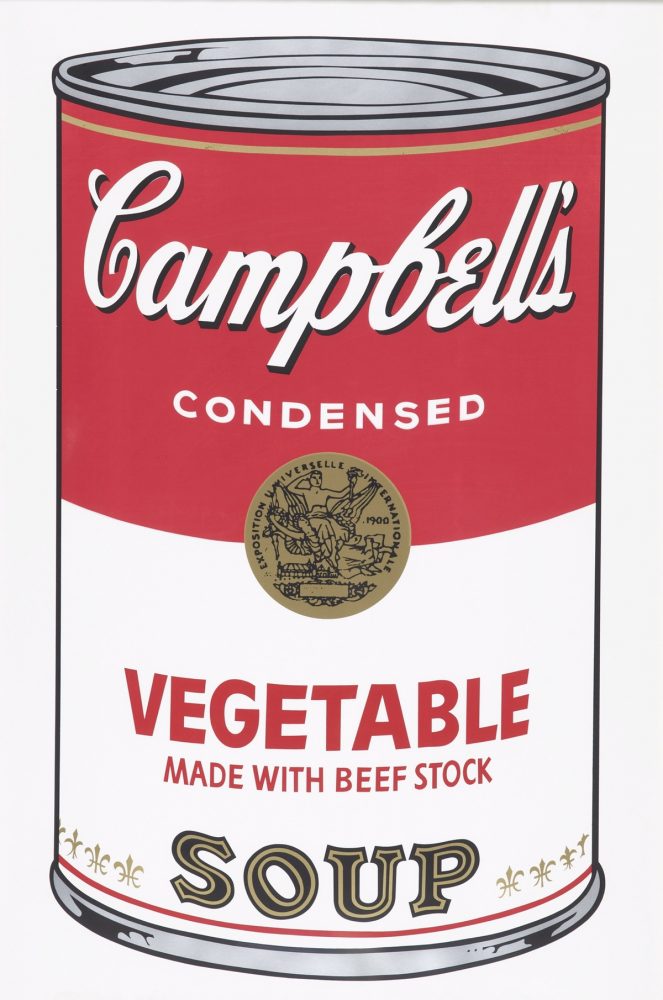 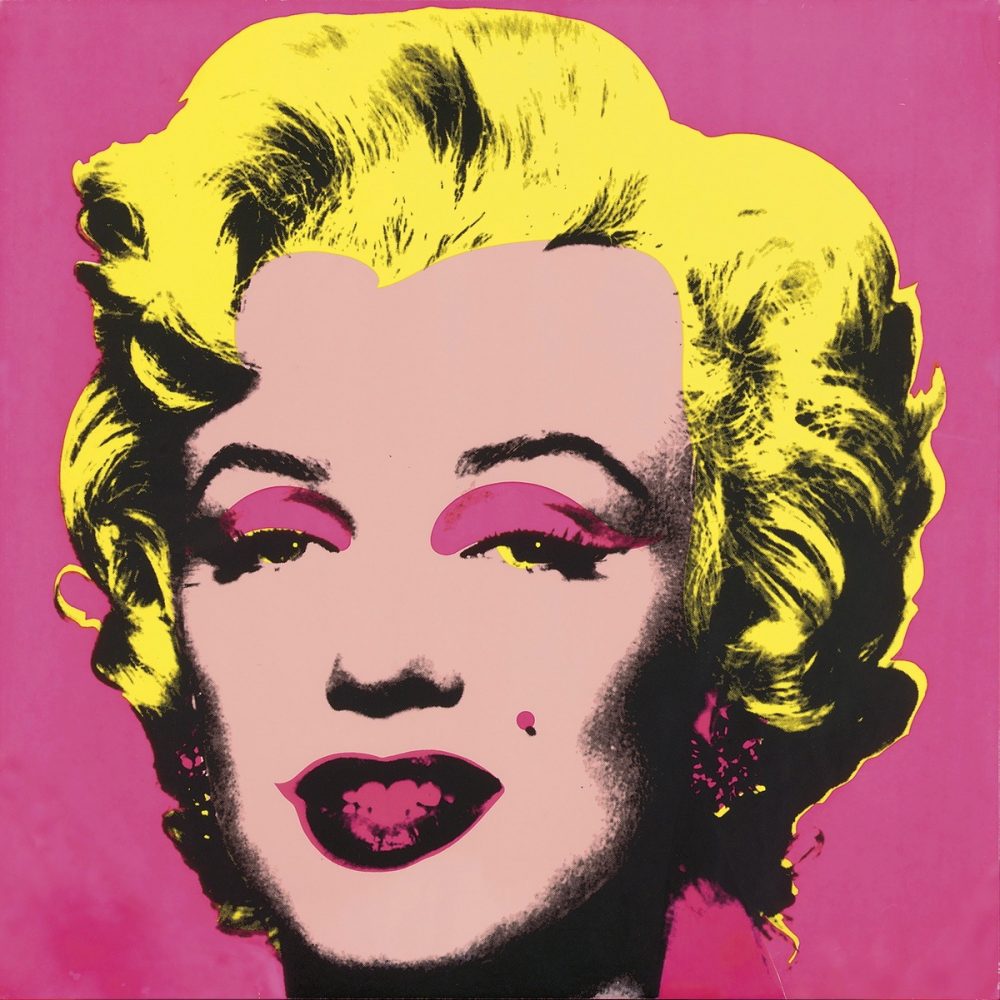 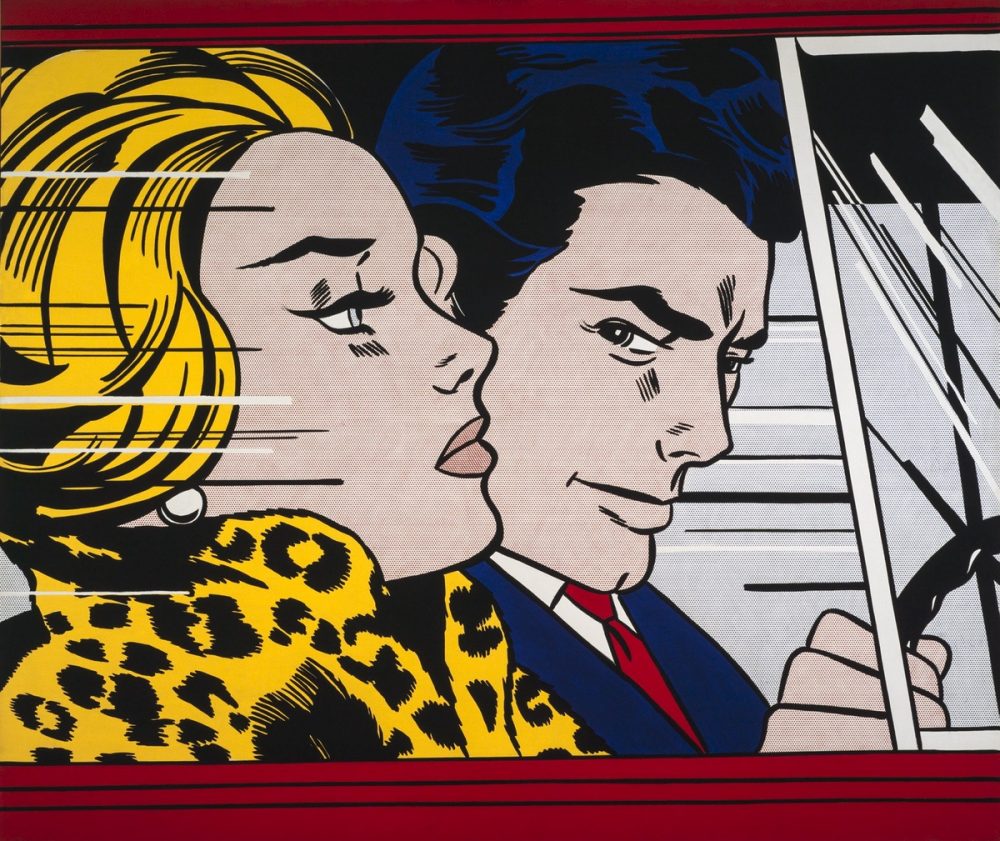