Mad Max Fury Road is the most-anticipated movie of the year so far – more than Avengers Age Of Ultron – because it has a deeper, richer cinematic ancestry dating back to 1979 – Mad Max aka The Road Warrior.

The original has had a resonating influence on filmmaking across the globe that pre-dates CGI. 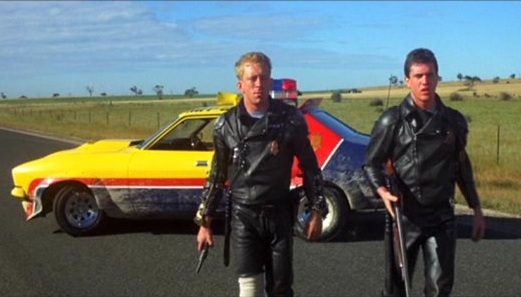 Raw, real and revved.  Mad Max landed on screens and gave us a glimpse into our future.  It’s one of scarcity, desperation, a place where revenge is the only way to believe there is some truth to karma and justice is real not just an ideal.  No one wins in the 1979 movie– not even good guy Max because in getting revenge he loses a lot of his humanity. 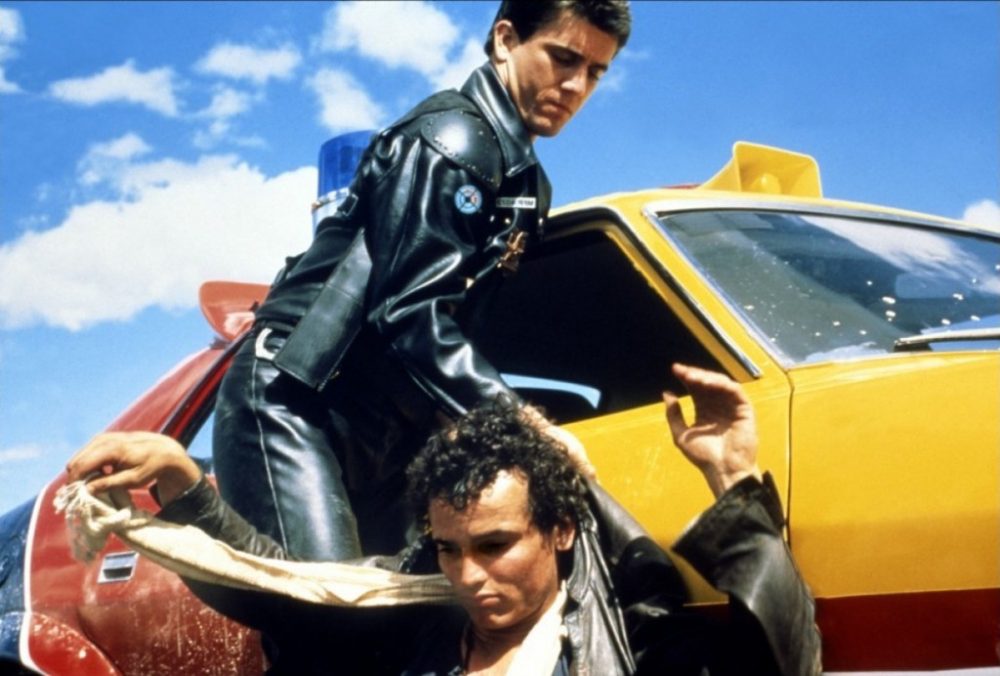 1979 was also the year the world lost all of its innocence.  The deadly sinful ‘Greed Is Good’ era of the 80s corporate cowboys was just about to take over the species’ psyche.  McDonald’s introduced the ‘Happy Meal’ which enticed families to treat junk food as a restaurant experience which in turn kicked off the decline of the home-cooked dinner and 50s family values.  The Cure released Boys Don’t Cry and that pretty much Liverpool-kissed the disco era goodbye and ushered in a radical, educated cynicism I’ll loosely term the post-modern punk movement.

So in context of 2015 – what does Mad Max Fury Road offer an audience immersed in a world of scarcity for the majority, bloated abundance for the privileged few and a population deeply cynical thanks to the machinations of the GFC?

There’s nothing else like Mad Max Fury Road on screen.  It’s a compelling rush that would make an insanely great ride at Disneyworld. 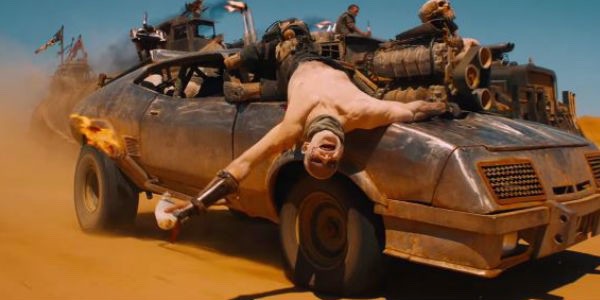 It looks amazing on the big screen and I’ll go see it again to get the 3d experience and compare it to the 2D world premiere.  I recommend sitting as close to the screen as your neck can handle.  Let yourself be overwhelmed by the action.  It’s worth it. 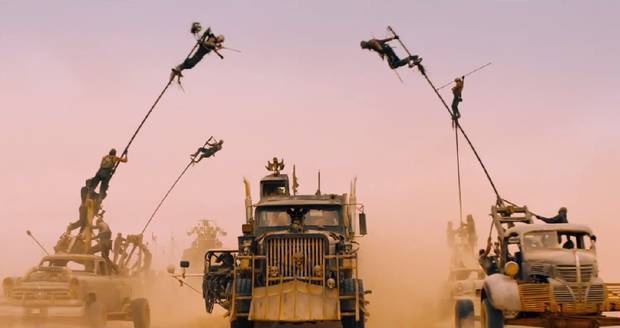 The Oscar-winning cinematographer John Seale was coaxed out of retirement by director George Miller to bring the script to life through his lens.  (He won the Oscar for The English Patient but his body of work is littered with Oscar-worthy cinematography such as The Talented Mr Ripley, Cold Mountain, Ghosts Of Mississippi, Rain Man, Gorillas In The Mist, Witness, etc etc.)

Another nice touch is the smattering of Australian bird noises that jump out of the soundtrack.  Getting birds out of Australia into Namibia must be easier than flying dogs into Australia on a private jet.

The production design, art direction, costuming, sets, makeup are all visually superb and it’s easy to see where chunks of the $150m (estimated) budget has been blown.

But here’s the problem – is it truthfully titled?

It’s not exactly a Mad Max movie because he’s the lead in name only.

Charlize Theron plays Imperator Furiosa and pretty much owns the movie with one arm tied behind her back – or wherever she left it.  (Now there’s a juicy bit of story left off the plate.)

So my advice is to go see Fury Road without expecting a fully fleshed out story about Max.  That’s all in the 1979 film.  I loved the original and have enjoyed it too many times to keep count.  Long before Tarantino told me to, I appreciated the insane stunts. 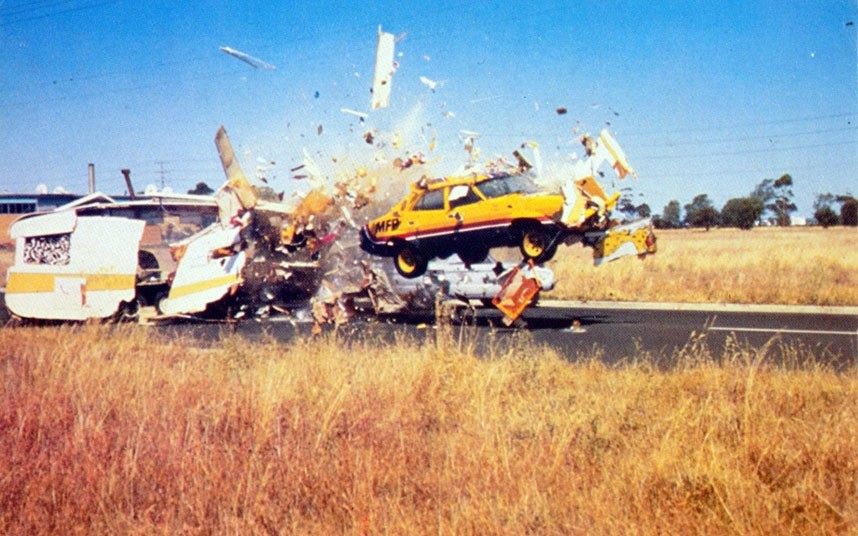 But more than the stunts, is the lure of story.  Story connects us with who we are.  When a story is a little on the thin side, those bare bones make me hungry for more flesh.

Mad Max (1979) is a classic revenge tale – a hero with heart that gets mashed.  Support characters exhibit pathos, humour and intriguing quirks and the villains are not astutely evil but more blindly wicked.  Their creative cruelty is driven by deep pain, it bides its time and its execution is wonderfully worse than we anticipate.

That’s what makes the victory of the hero so fulfilling and satisfying.  We feel a sense of justice restored to a universe beyond the cinema. 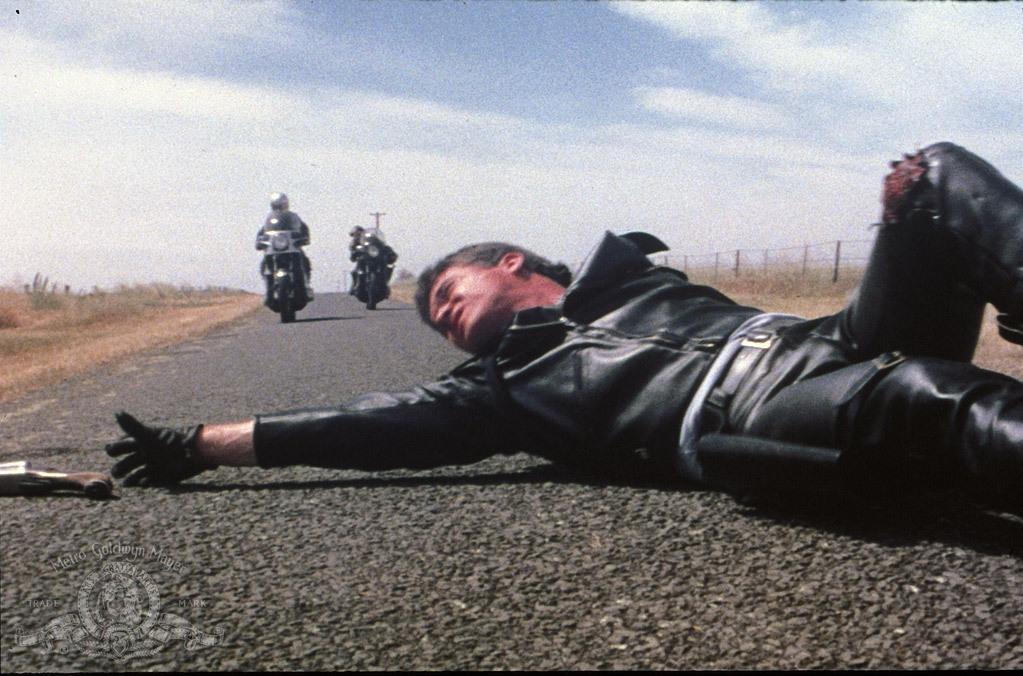 Being a master of revenge storytelling and inspired by the original Mad Max, I wonder what Tarantino will think of Mad Max Fury Road.

Fury Road does serve up a lot of story meat but I wanted more.

I want to know how the perfect-looking-model-baby-factories were treated by the evil warlord.  I want a scene or two of that stuff so I can feel these girls need emancipating and avenging. 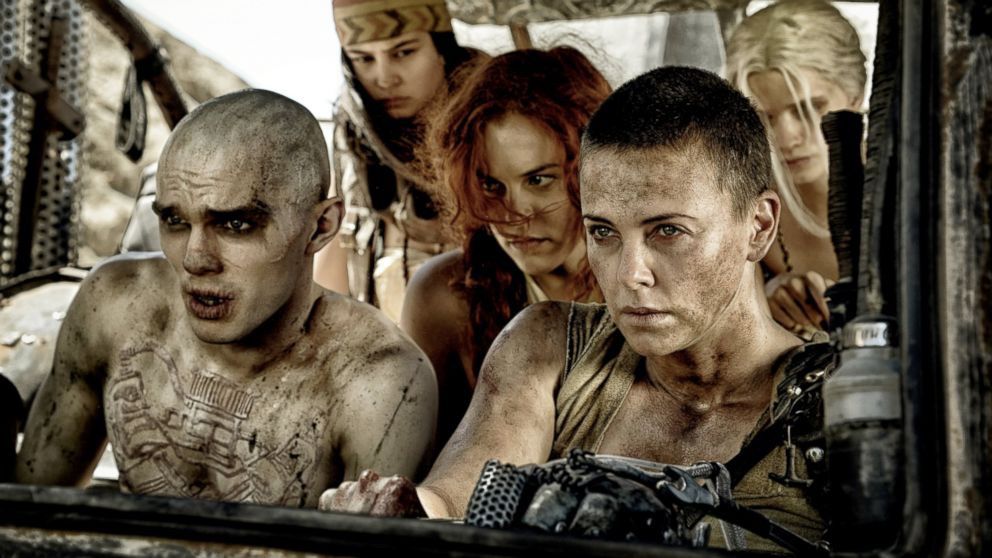 I’m also hungry to see a scene sequence of evil acts from the villain so I can declare my allegiance to the hero.  Hugh Keays-Byrne deliciously played Toecutter in the 1979 film.  He was a charming, insane villain driven by grief. 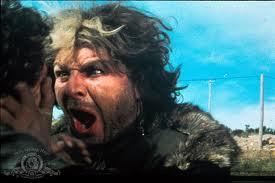 Now, Keays-Byrne is back in Fury Road playing the plum role of Immortan Joe.  I would have liked to see more evil from him than simply turning off a giant tap for a lot of thirsty extras we haven’t connected with on screen – maybe a bit of one-on-one evil so we get excited about his eventual takedown. 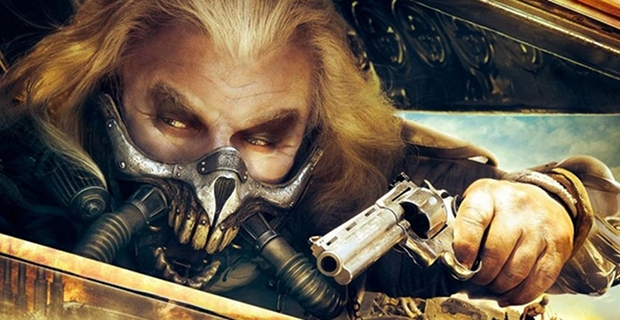 He reminds me of Marlon Brando in this photo. 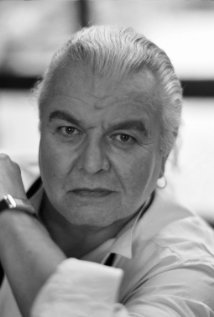 In the first Mad Max, the bikie gang minced Max’s soul-mate and baby son and left their corpses to cook under the harsh, outback Australian sun – for Max to discover.  This was part of a series of one-upmanship that could not end in any other way than excruciating death.

It was personal.  The loss of Max’s reason for living and his only escape from the horrors of his job, was that family.  It wasn’t just taken away from him – it was ruthlessly ripped apart with skid marks.

Fury Road doesn’t have that personal touch due to too many bodies on screen and not enough inventive ways to kill them.   How many characters can go under speeding wheels before it loses its impact?

Two.  And that might be one too many.  (Writers refer to it as the ‘Second Boo’ because it’s never as scary as the first time.) 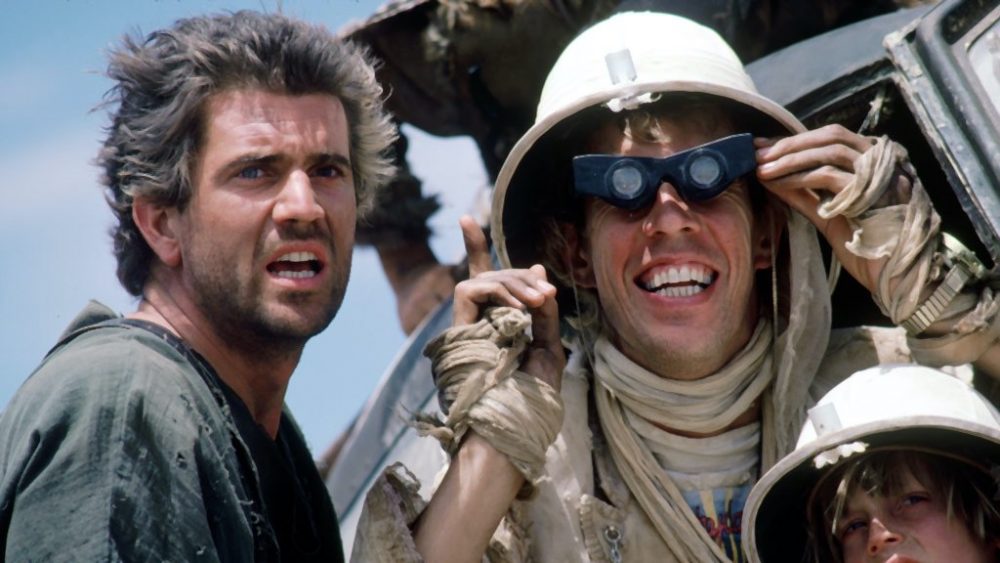 Fury Road doesn’t have a character like the Gyrocopter Captain (Bruce Spence) so it lacks the warmth of humour.  Nicholas Hoult had a go but he could have been made more weirdly funny.  He’s one of many War Boys who look just like him.  No one looks like Bruce Spence.  Not even in real life.

Basically, the revenge elements of the story are a little too pared back.  Like a devious villain, I also love my revenge served cool.  I like it to take its time and really build a slow burn for some goddamn justice.

I guess someone can cut me down by saying ‘it isn’t a revenge story’.

And that’s why people who loved the earlier films might have to manage their expectations. 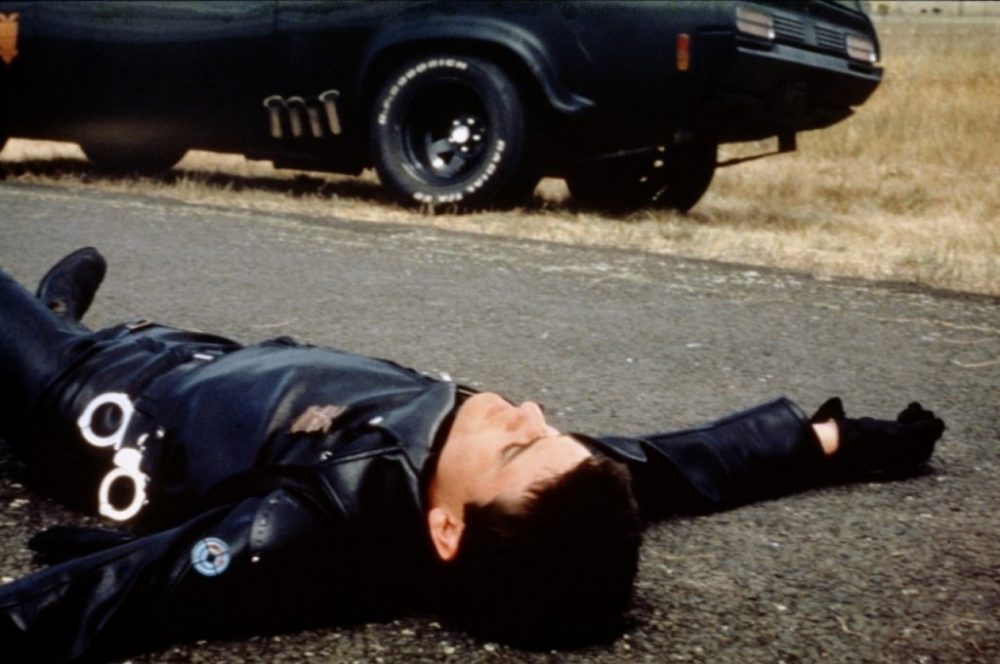 Maybe I’m guilty of the sexism that typifies genre filmmaking.  The Mad Max franchise has entered the 21st century where women are not just disposal hood ornaments and prizes who lose their appeal once the contest to win them is over.  In Fury Road, Charlize Theron either runs the show or steals scenes (you can decide when you see it).  She kicks off the inciting incident.  She makes decisions. She takes action.  She has the skills.  Everyone else is either useful to her or not.

Then again, maybe the feminization of the film is not a problem at all.  Many reviewers and sites are rating it 4 or 5 out of 5 stars.  That is gratifying.  Maybe I’m the problem because I’ve been raised on a particular diet of yummy revenge and if someone serves it up to me in a different way, I chuck a tanty and spit it out.

I could say ‘shame on me’ but I won’t.  I know how I want my Mad Max to feel, look and act.  I was uncomfortable seeing a favourite antihero being a tool for other, lesser characters to use and mock.  I’m worried Max is a sidekick in his own movie.

It’s still all about the cars. 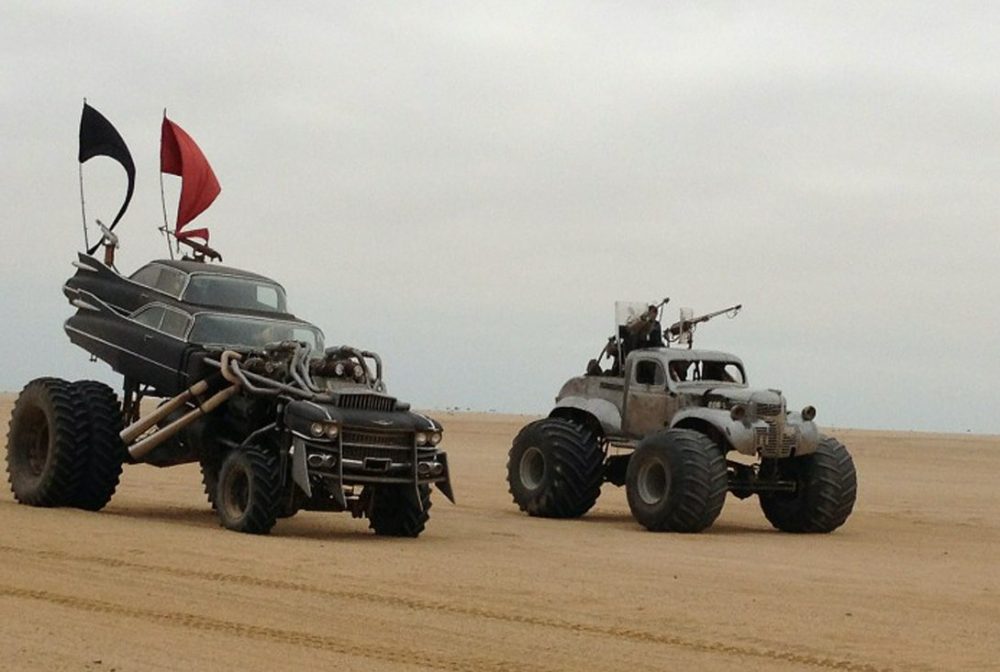 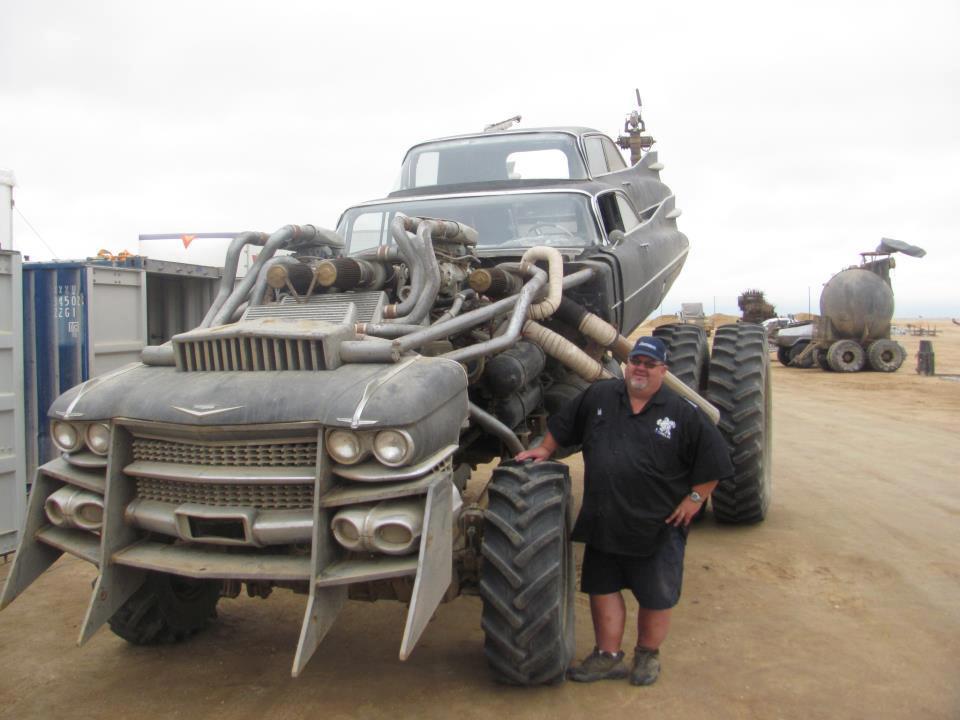 I went for the story and stayed for the hotrods.  The vehicles are stellar.  I tremble when I think about the buzz of driving one of these artful contraptions across a dusty desert plain.

One last thing – next time I see Max, he better be driving his own goddamn rig.