Every now and again, a movie comes along that comes as close to movie perfection as you can get.

Killing Them Softly is about the GFC hitting the US criminal underworld.  Funds for hits are trickier to obtain.  The quality of hitman you can get for your dollar these days is a compromise.

Andrew Dominik has taken a great story, re-titled it with one of its key phrases and given us a movie that should score him a Best Director Oscar nomination in 2013.  But it won’t – because America won’t like its appearance in the cinematic mirror he holds up. 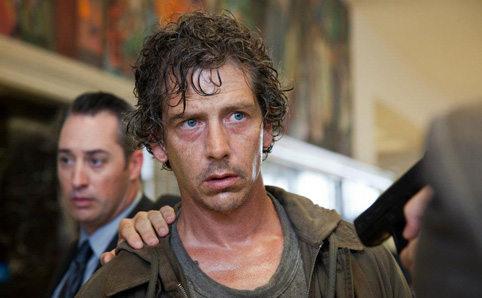 From the opening sequence with Ben Mendelsohn playing what might be his greatest, grottiest character ever, the subtext of the film is evoked by great visuals of suburban desolation and regular punctuation of radio and TV political rhetoric.  Obama is a frequent image – the official Big Boss of the Ununited States Of America.

And without giving anything away (no spoilers here) it all makes even more sense in the final scene – when text and subtext collide in a gob-smacking, grim realization of what the US has become and what has become of us.

As Michael Moore pointed out in Capitalism: A Love Story, the distinction between capitalism and democracy has been made murky when they are in fact two very different entities.

Democracy is a form of government of the people, by the people and for the people.  Consensus and referendum are key to policy making and decisions.

Capitalism is based upon ‘every man for himself’ and for a minimum wage the rest of us can put ourselves into voluntary slavery and subscribe to a generic superstition like say, Christianity then buy into the dangled carrot of a better life in the next life.  They might call it the After Life but it’s really no more than an After Death.  And I’m betting not much happens from that point on.  Ask a steak that was once a cow what its After Life is like.

Capitalism pretended to be the good buddy of democracy in order to establish itself as the preferred First World Westernized way to live.  When in fact, capitalism has little to do with freedom of the people – unless you are one of the few at the top raking in obscene amounts of money you can’t spend and fiddling with yourself on your mansion rooftop watching the rest of the country burn because of your unbridled greed.

It’s great to see Ben Mendelsohn go from an AFI Best Actor Award for Animal Kingdom – to a significant support role in The Dark Knight Rises – to a perfectly directed role in Killing Them Softly that will establish him as an internationally recognised character actor.  And he’s worth every accolade he gets.

In my interview with Andrew Dominick, I complimented him on his heavy use of close-ups on his cast which creates extreme intimacy.  In scenes of James Gandolfini with Brad Pitt in a hotel room, you can see the direction of dialogue coming out of Gandolfini’s mouth and also the expert direction of his character’s soul being directed in the facial muscles, tics and the old, wounded eyes of a weary hitman. 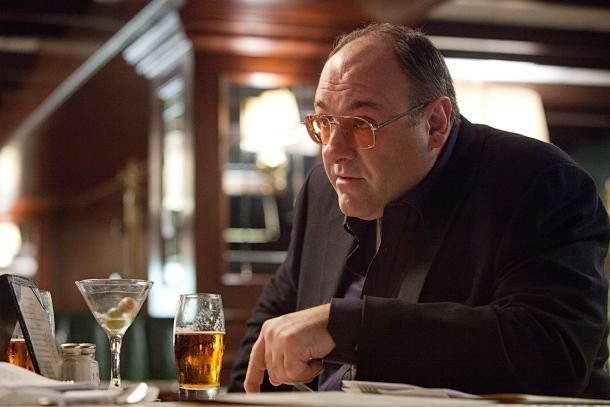 I’d give Andrew Dominik a Best Directing Oscar nomination for this scene sequence alone.  And I’ll bet Gandolfini will get a Best Supporting Actor Oscar nod too next year.

Also – the Scorsese-influenced slo-mo car death sequence cut to music truly elevates the art of dying on celluloid to a new level to which Quentin Tarantino can only aspire.  And I really like QT’s work with death.

Andrew Dominik made Chopper starring Eric Bana then The Assassination Of Jesse James By The Coward Robert Ford and now Killing Them Softly.  He’s made a massive impact with three films. 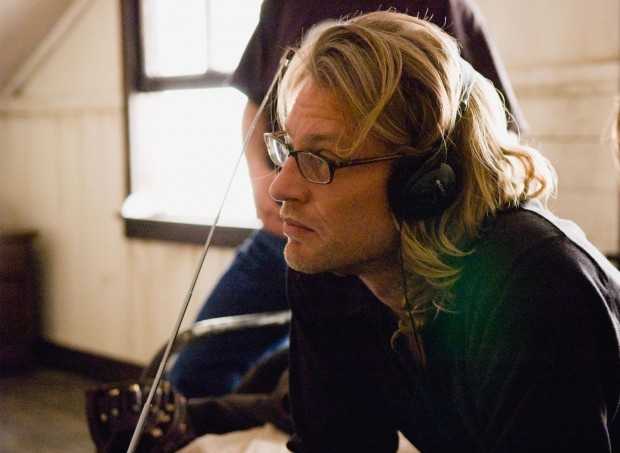 The Decline Of The American Empire has happened as surely as did the Decline Of The Roman Empire.  There’s so much in each frame of Killing Them Softly, repeat viewings are essential.  It is probably the best film I have seen all year.

Here’s the trailer for you.