Run by volunteers, supported by some precious sponsors, the Palestinian Film Festival launched in in Sydney last night with passion and a powerfully moving augmented reality app.

Download it then see the Sydney sky light up with stars in the same mile-to-mile area as the Gaza Strip.  Each star has details of one of the 2197 Gazans killed during Operation Protective Edge July–August 2014.

Here’s how it works: 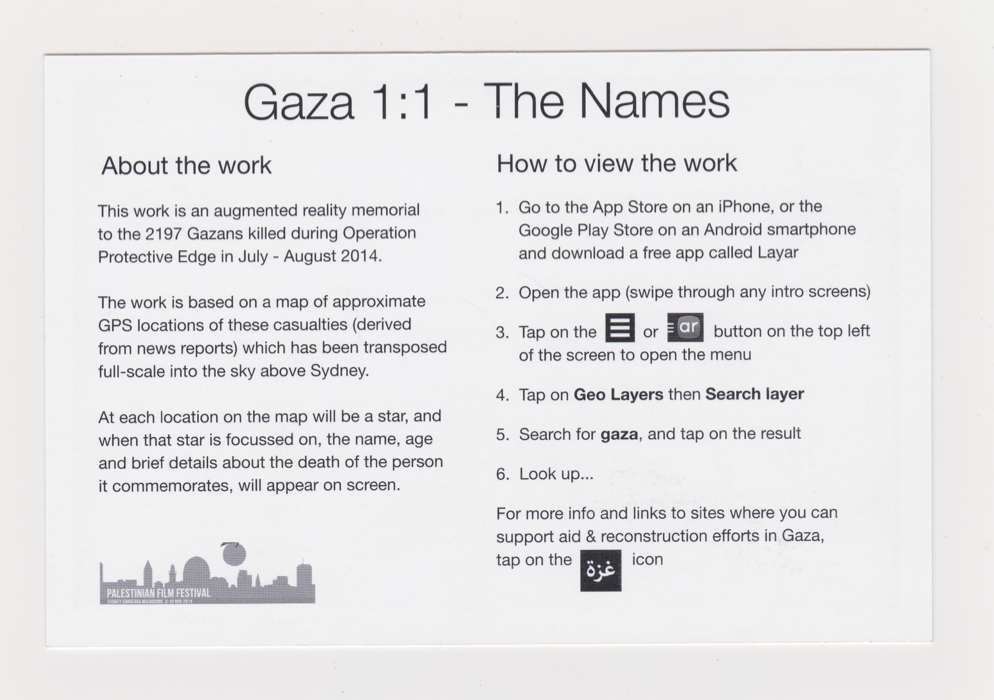 We watched how the app worked with no audio which doubled as a minute of silence for the dead. 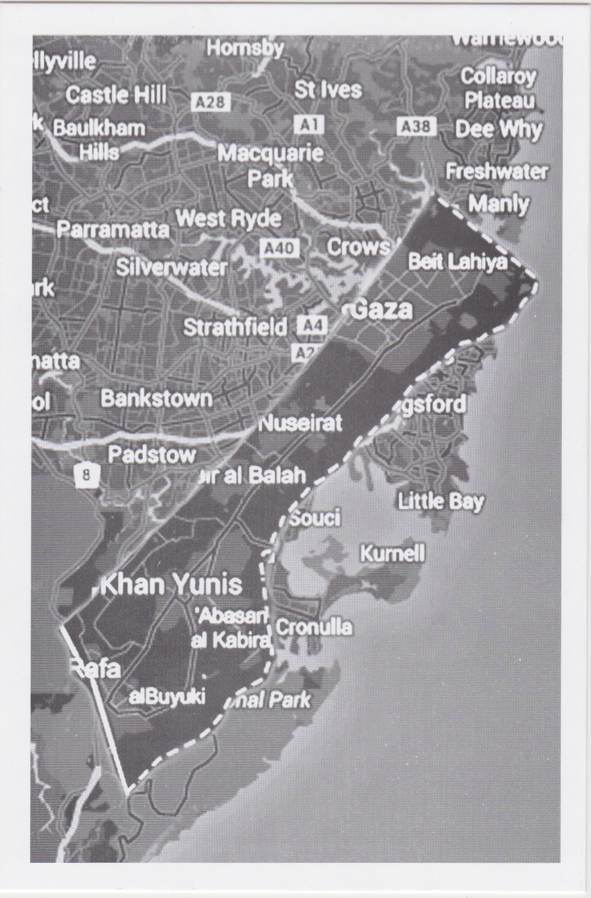 It was seriously wonderful to be in cinema packed with some of the Palestinian community who have found home here in Australia.  The atmosphere was electric excitement in anticipation of what we were about to see.

A general theme of ‘just let us live’ permeates a lot of the works in the 2014 program which explores the dichotomy of optimism – life goes on and the great joys in small things as well as the grim reality that conflict also goes on and robs small things of their great joys.

Here is a bit about the opening night films:

The theme of protection and security is as artfully portrayed as I have ever seen in any film.

I very much want to tell you something about Condom Lead but to watch it frame by frame without knowing what is going to happen next is the best way to see it.  So I will not add the trailer here or photos.  Please – just see it.  If anything will give you a sense of life on the Gaza Strip, it’s this short film.  You cannot get an experience like this in Australia or with a film from any other part of the world.  I was shattered and inspired by its intensity, its simple reality, its devastating personal consequences and gentle humour. 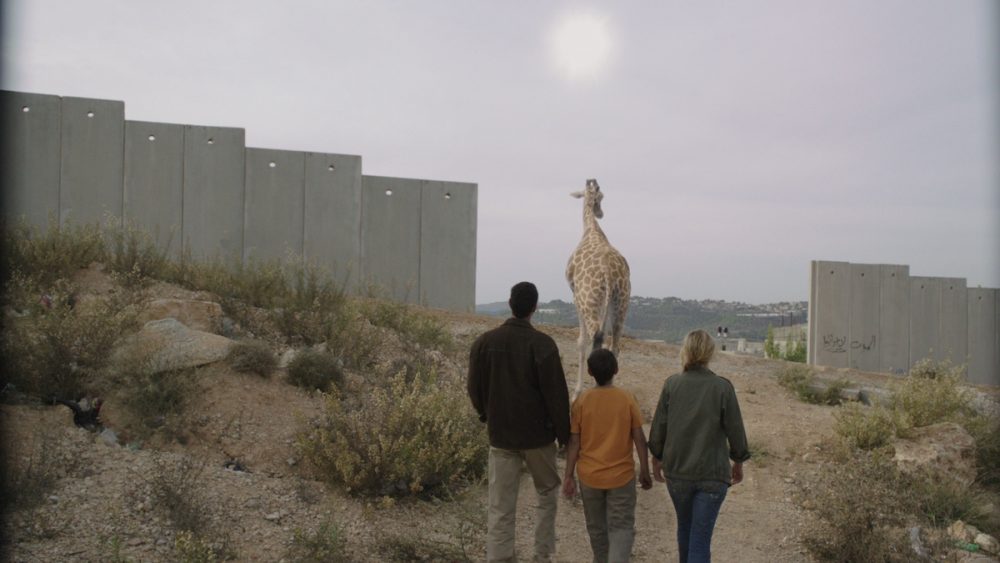 Q         Imagine you are a recently widowed vet working in a run-down Palestinian zoo.  Thanks to some everyday military shelling, a giraffe is also made single and loses the will to live.  What do you do to save a giraffe from a broken heart?

The metaphors about love, loss, the need for communication between very different animals abound in a story told with such heart-wrenching fervor, I felt the prickle of tears just watching the trailer.  Take a look.

If anything can give you some kind of intimate experience of life and art on the Gaza strip, it’s their home-made cinema.

I also appreciate the physical beauty of some of the Palestinian people – unusual shades of green, blue, hazel and violet eyes set into a warm olive-skinned face framed with hair ranging from sandy to ebony.  They have that Hollywood star quality and matinee idol looks but with miles more depth and a distinct absence of bullshit.

They occupy the cinema screen.

If you love film beyond the popcorn experience and enjoy the adventure of getting close to another culture’s ideas, feelings and ways of life, go along with some friends to the Palestinian Film Festival.

(Big thanks to my long time BFF Traci Carse for inviting me to opening night at Palace Cinemas, Norton St Leichardt.  Rx)