There is bittersweet poignancy in this Gen X romantic comedy called Enough Said starring James Gandolfini in one of his final big screen performances. 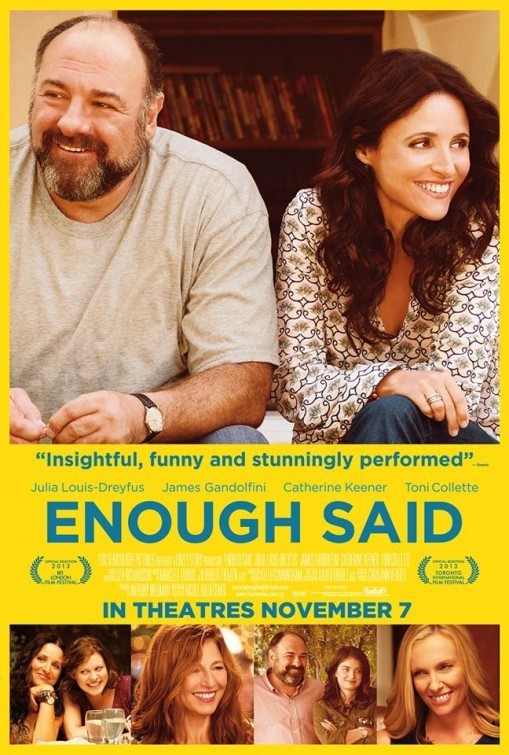 There wasn’t enough said by this man on screen.  I wanted to see more of him.  In anything.

In a blog a while back, I blew up at the Academy when he wasn’t nominated for Best Supporting Actor for his role as the washed up hitman in Andrew Dominick‘s Killing Them Softly.  The man can act even with his facial muscles.  In close-ups you can see and feel the truth of his pain at his very core as well as the disguise his character uses to barely conceal it.  No dialogue necessary.

So seeing him in such a truthful role about how age does weary us made me wistful and wonder what great performances he might have given us if he didn’t die this year age 51.

Seinfeld‘s Julia Louis-Dreyfus is wonderful as the masseuse whose client bags out her ex-husband who, it turns out, Julia’s character is dating.

The movie shows how destructive the opinons of others can be.  It highlights how fragile a new relationship is.

Too much fertilizer in your ears will kill it. 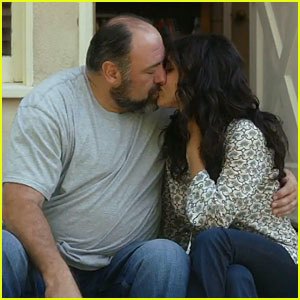 The heartbreaks of the past do not make us stronger when it comes to matters of the heart.  Like the body as it ages, the heart recovers slower.  The barbs of betrayal and the stinging stink of bullshit hurt more later in life – if you refuse to be cynical and disconnect.  The price we pay to have real love again is to be open to be hurt again.

And it happens.  The alternative is half loving someone.
And that’s half living.

If you feel like a funny movie with achingly awkward moments you can’t take your eyes off, go see Enough Said in cinemas now.

PS I love Catherine Keener.  in anything. 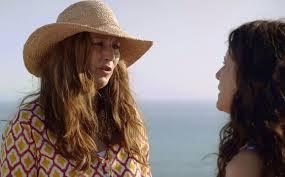