On the way from Hanoi to Halong Bay, I stopped at a stoneworks.  They turn rough boulders into artful statues all on the same premises. 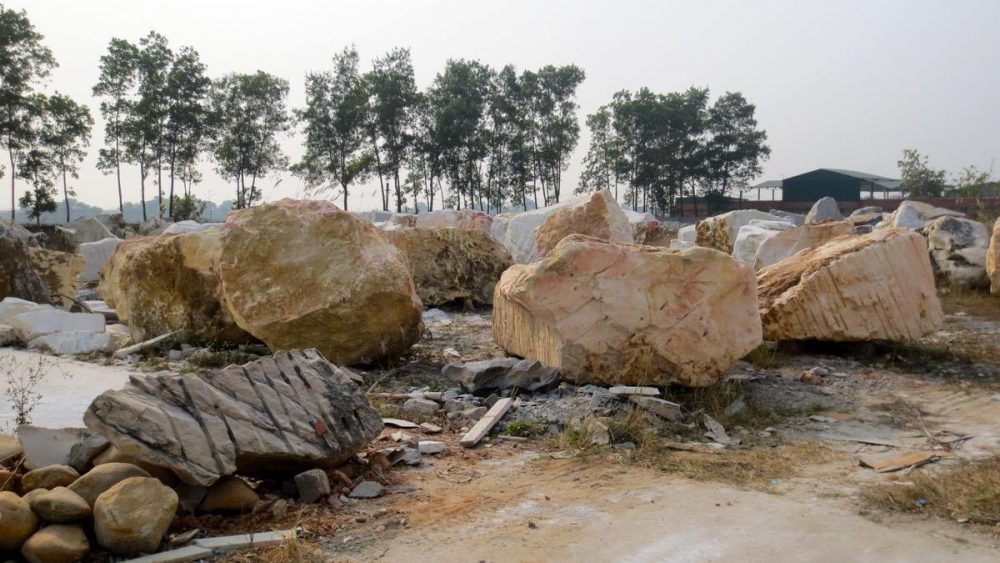 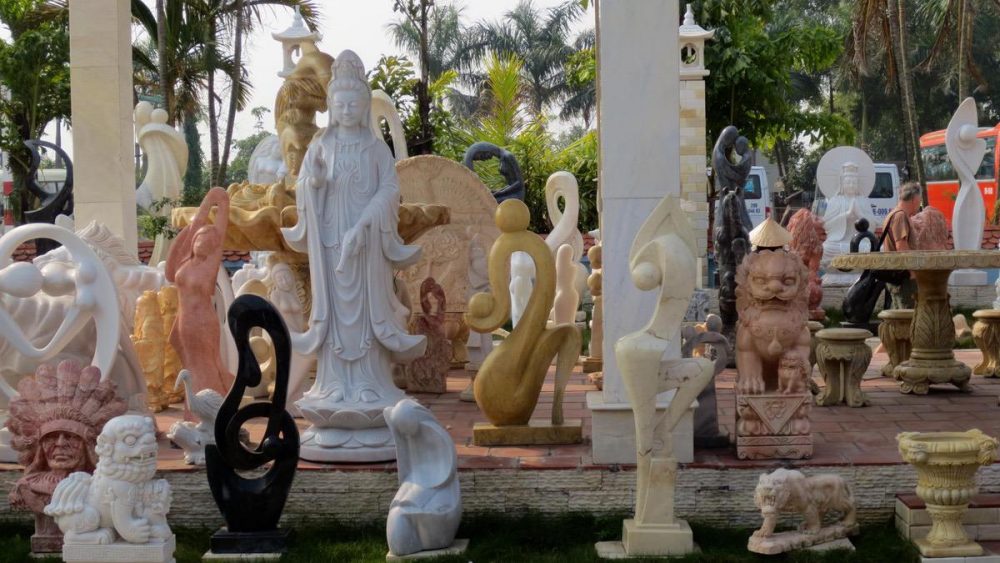 Once on the waters of Halong Bay, I saw some even bigger, rougher boulders form an archipelago of mountain islands dotted with livable caves.  Anyone can drop out and disappear here for months.  Years. 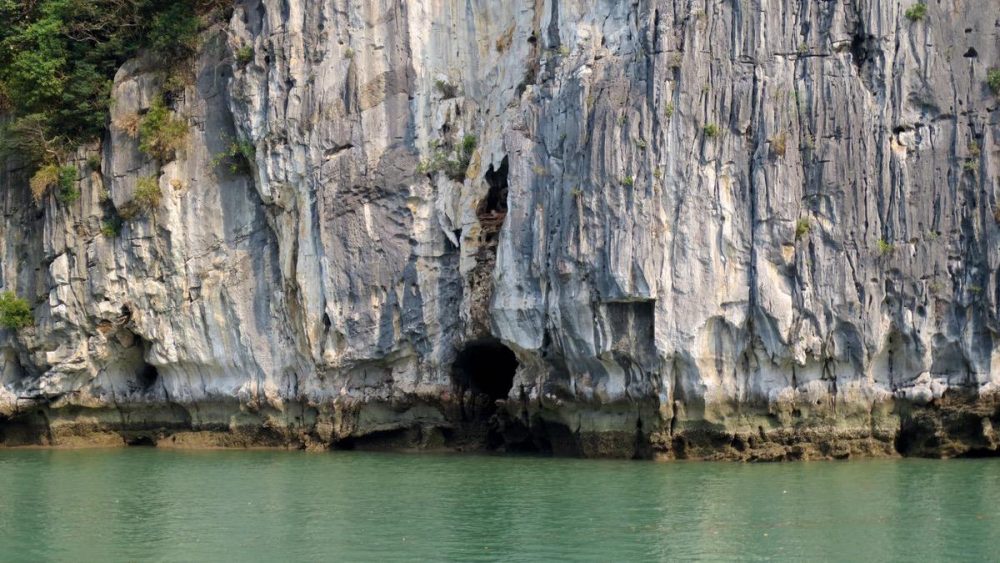 But the best real estate is a hut on the sea. 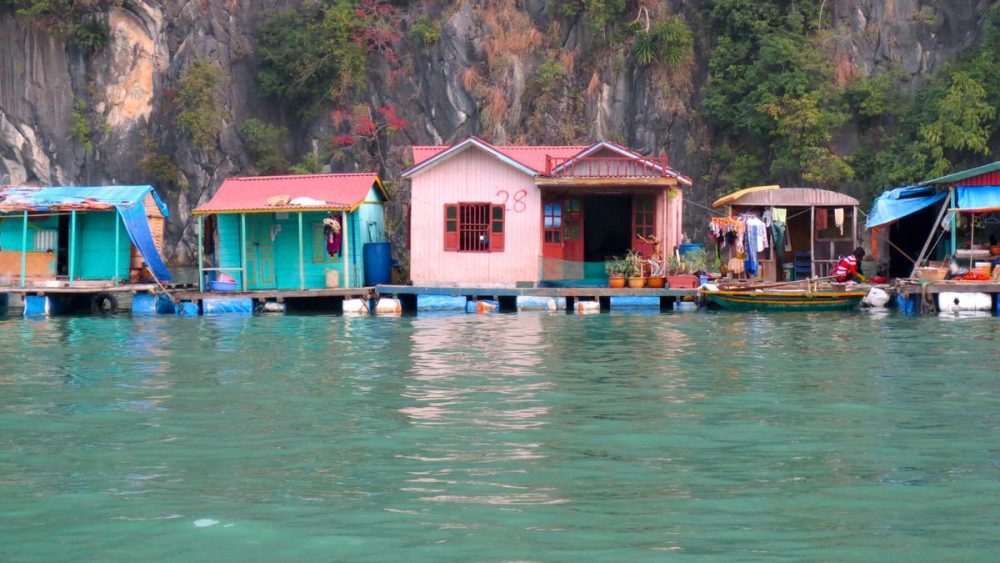 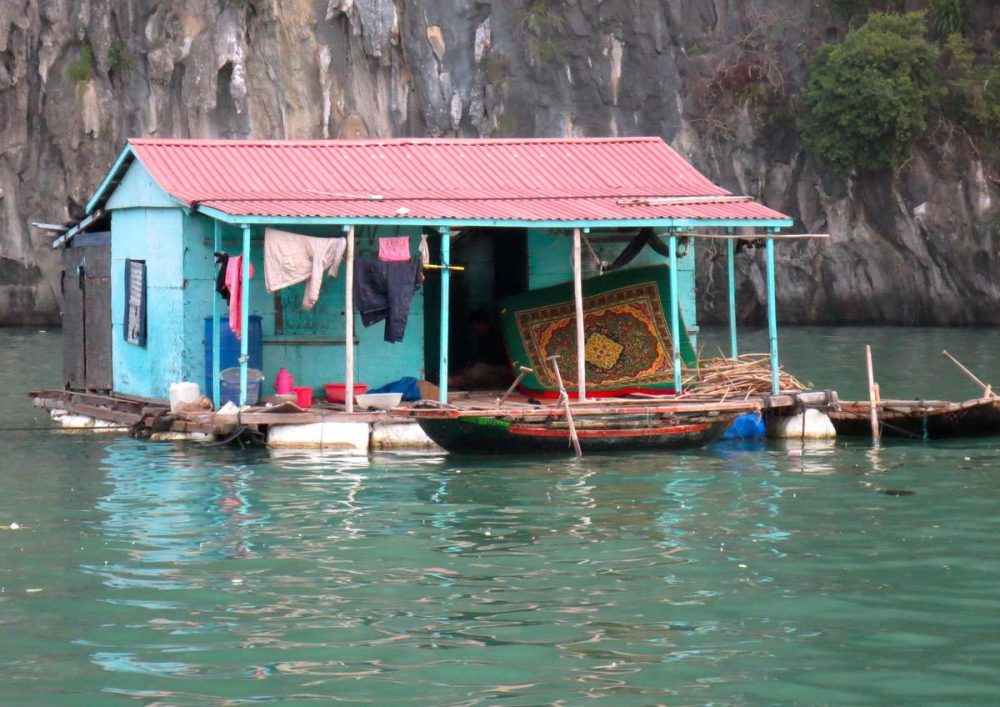 And groceries come to you via a 711 Afloat. 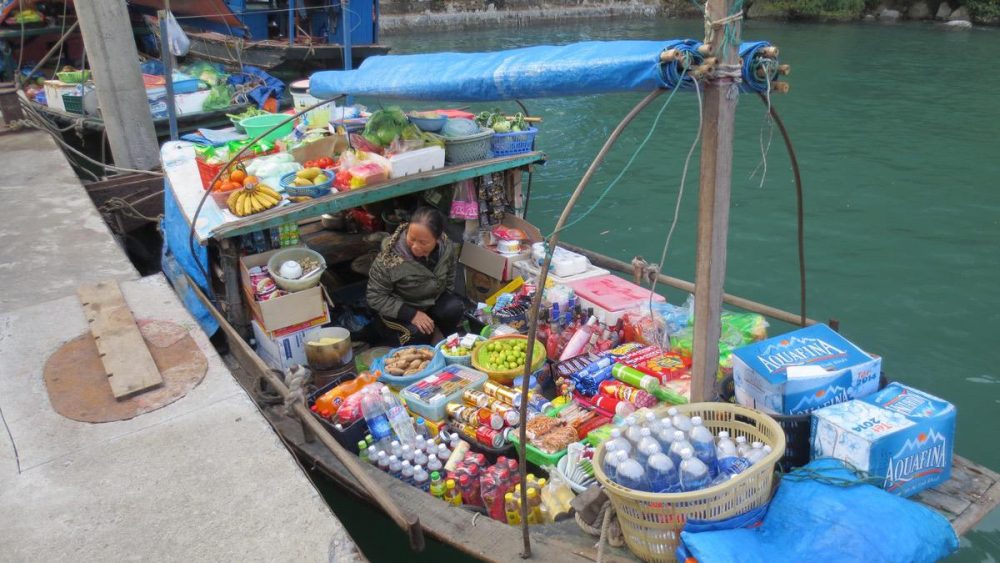 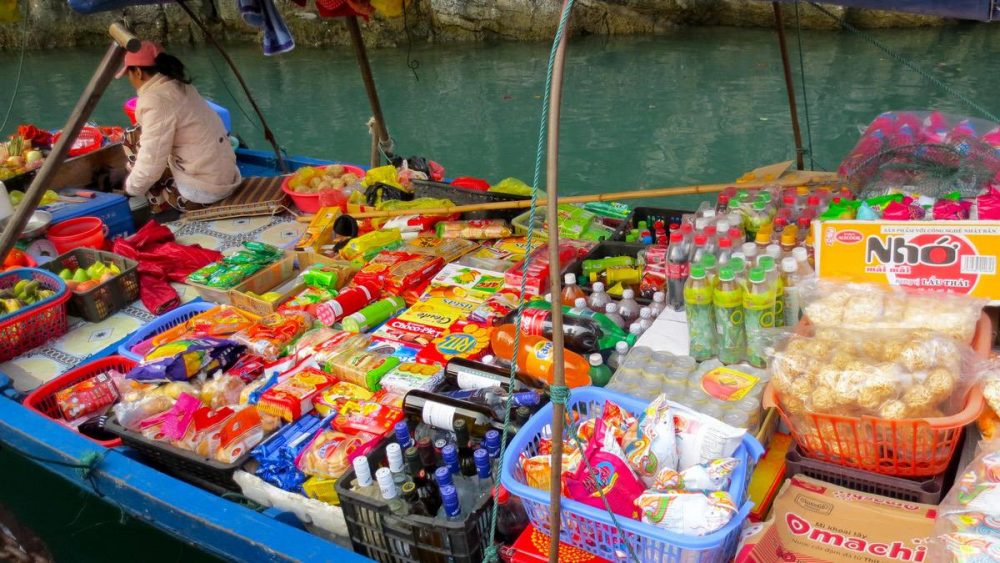 Fishing is the big industry on water and employs whole families. 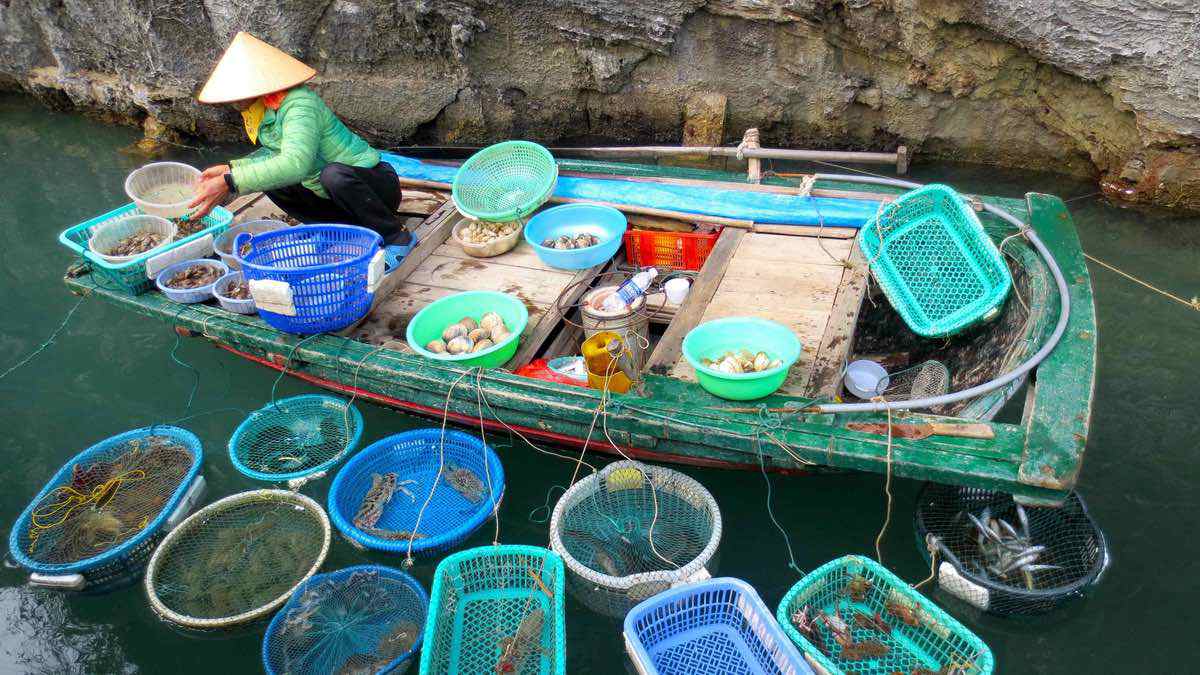 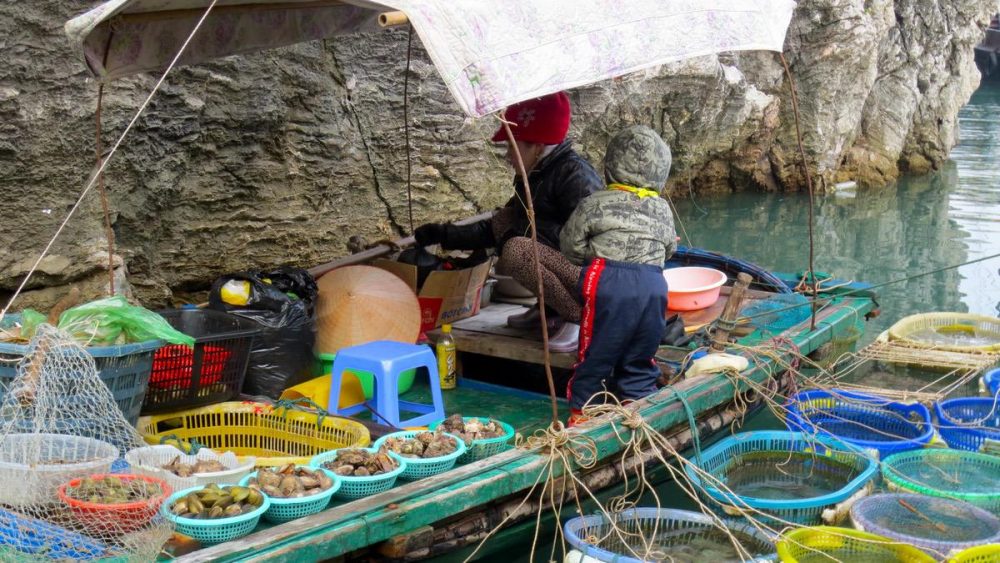 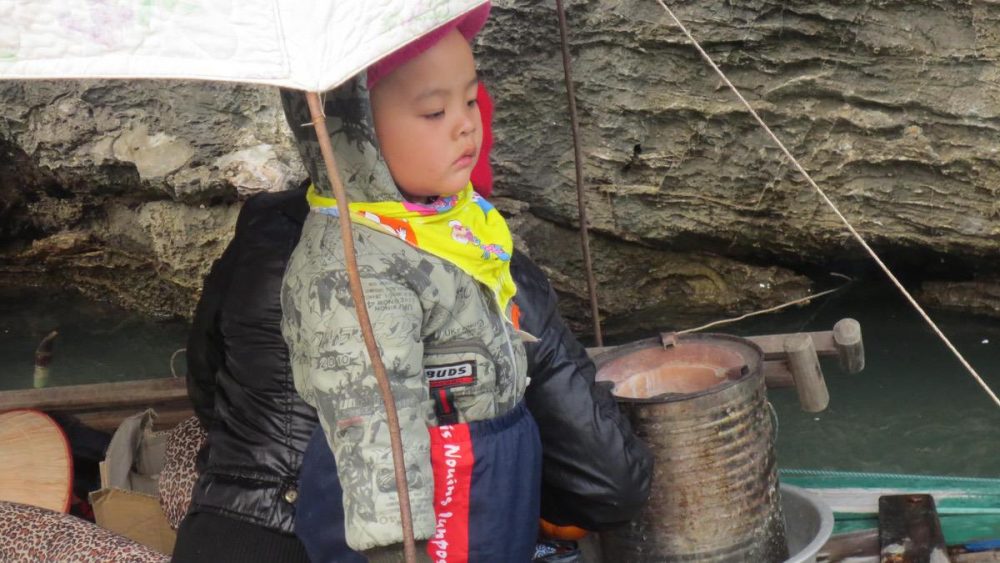 And pearl farming is a another floating business. 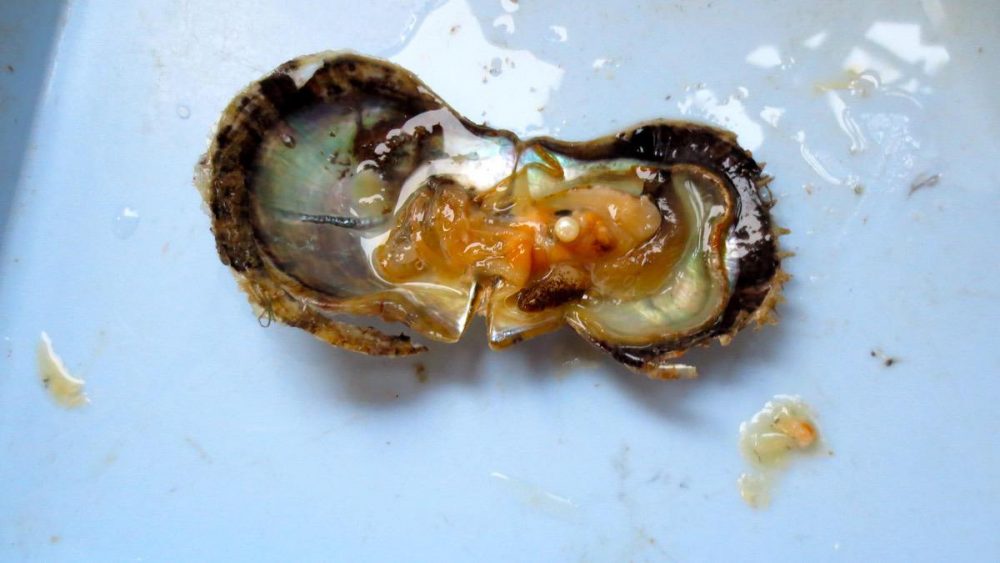 This is a photo I took of our skipper Hui.  The shot reminded me of that famous James Dean photo.  Hui preferred to be known as Hugh Jackman. 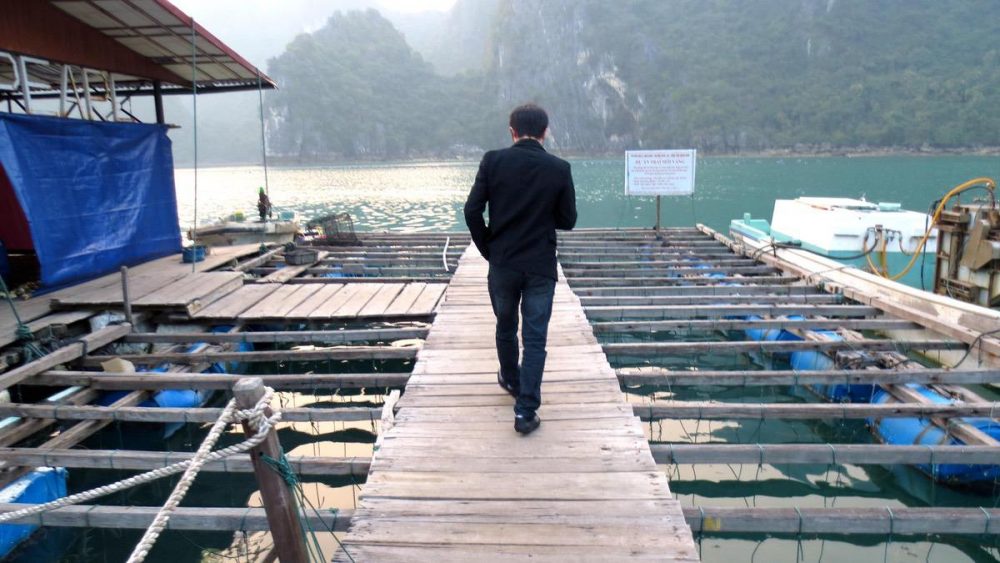 I liked being on a boat with a mix of friends and strangers.  Our cabins looked like the setting from an Agatha Christie mystery so anythiing could happen overnight.  Unfortunately, no thrilling mysteries were to be had. 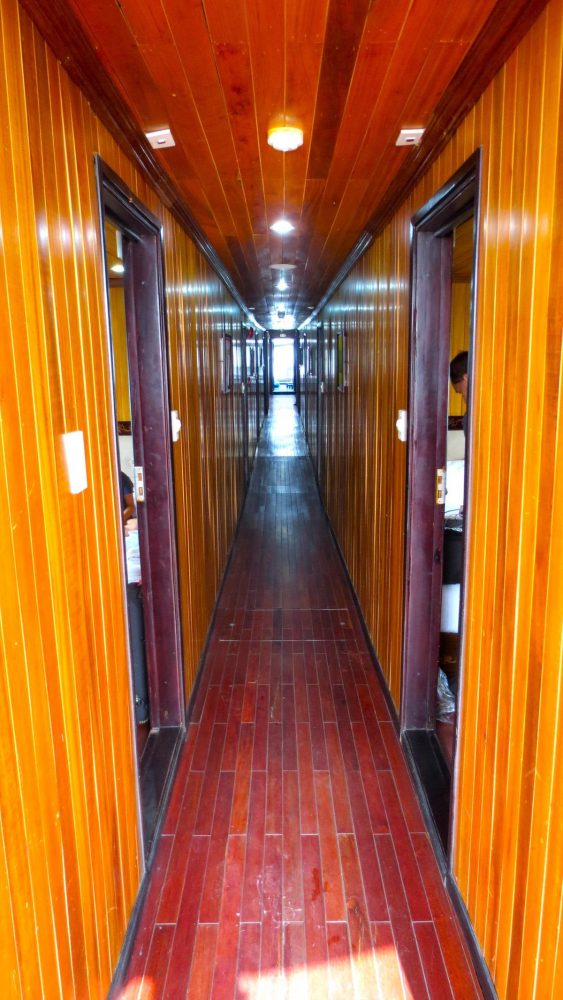 The largest cave system looks like a movie set or a place to desecrate by having a big, branded party celebrating the launch of a new beer or vodka.  With a few 1st world luxuries, I could live here as a cavegirl. 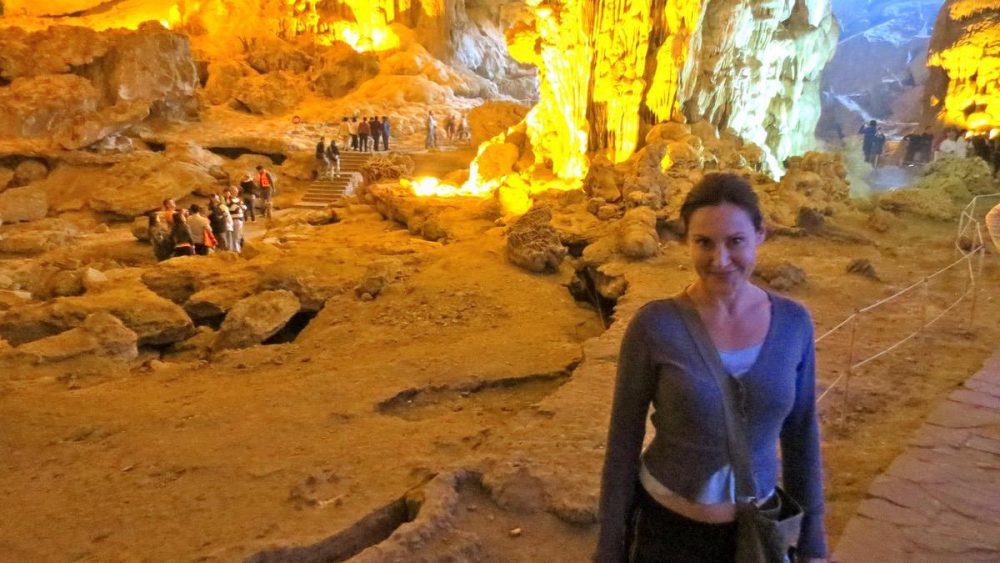 If this was a tour in Australia, people would be forced to wear helmets and tightly regulated into small groups after taking out extra insurance and signing a waiver.  Not in Vietnam.  It’s nice to have your adult status respected without the babying that sooks require and the over-zealous precautions that a local council would take as if caring for the mentally challenged on tour.

True personal freedom is a blessing and it delivers a beautiful view of the world. 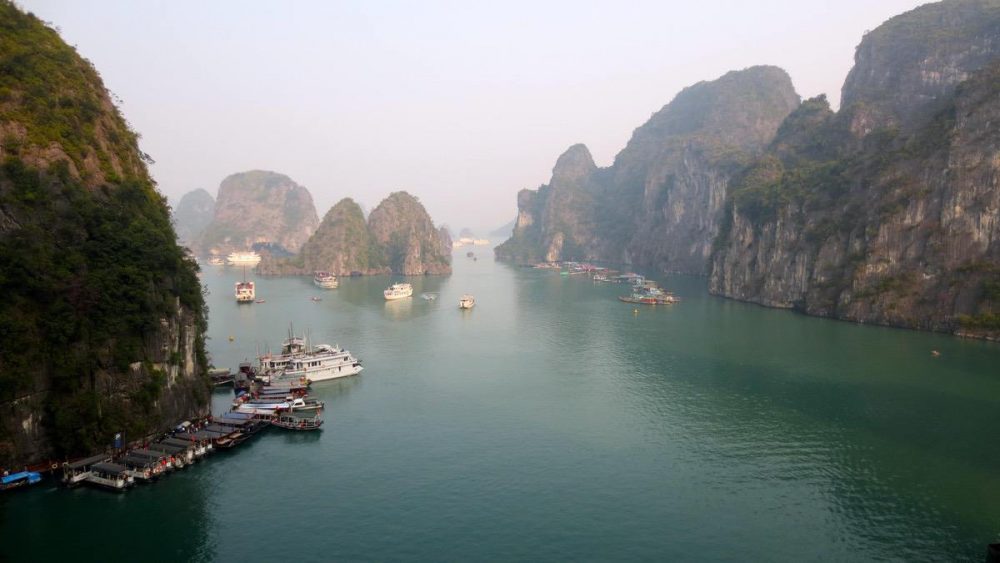 I also found this mildly amusing formation in the Halong Bay cave system.  It makes sense that cock rock exists in a country with a currency called the Dong. 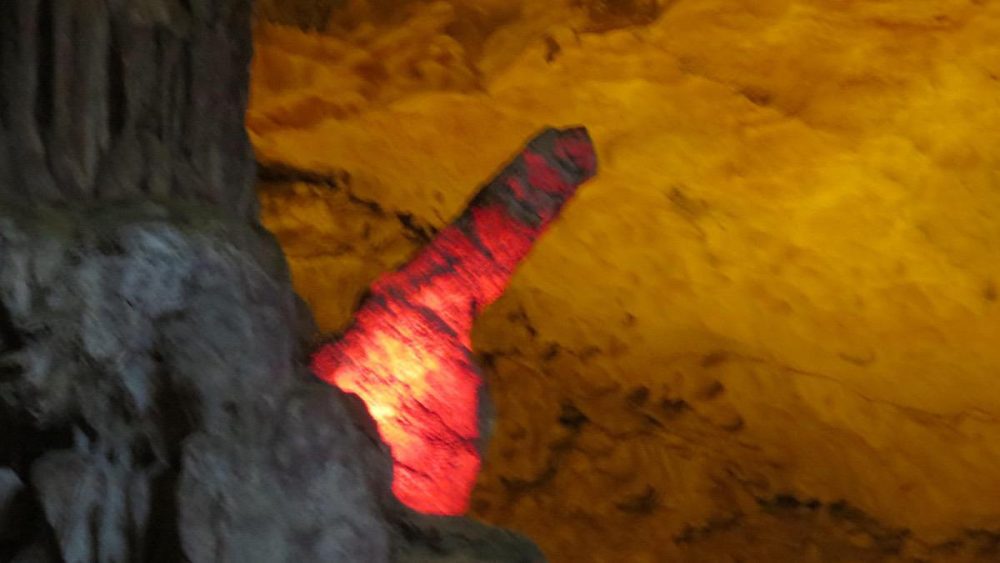