George Clooney’s Monuments Men Is Good But Not Monumental

George Clooney can act and can direct and The Monuments Men is probably his most competent work to date.  This is tricky because he’s bagged a couple of Oscars so I guess I expected more than a competent picture from George.

It’s good-ish.  Entertaining-ish.  Kind of predictable as most war films are.  It has a great cast but they seem to take it a bit too easy on screen.  They turned up and did their jobs.  But I expected more from the mostly Oscar-awarded / nominated cast too – Cate Blanchett, Matt Damon, Bill Murray and the French version of Clooney – Jean Dujardin. 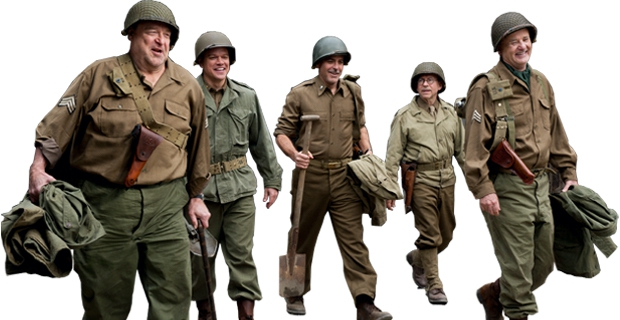 This is not to say The Monuments Men is a bad film – it’s not.  It’s a great war film for people who don’t like the ugliness of war on screen.  It’s just so incredibly safe.  At no point was I worried for the cast or the art – and that worried me.  I cared enough – but I knew from the outset everything was going to be all right.

The Monuments Men is the movie that emasculated itself – or perhaps more accurately – it prematurely ejaculated how it was going to end.  So that means we had to sit there in a post-coital cuddle for more than an hour.

I enjoyed that that the film was about something I like a lot – art.  I’ve often pondered the plight of priceless works that still live with the criminality of greed and theft during WW2.  I wonder where some of the lost art still hides – living the paradox of being stolen yet safe, somewhere… not yet found.

But back to the movie.

Some odd directorial oversights – a character says ‘will you get those lights?’  But it’s daylight out the window.  He flips a switch and nothing happens to the light in the room.  It was jarring and could have been fixed in post. 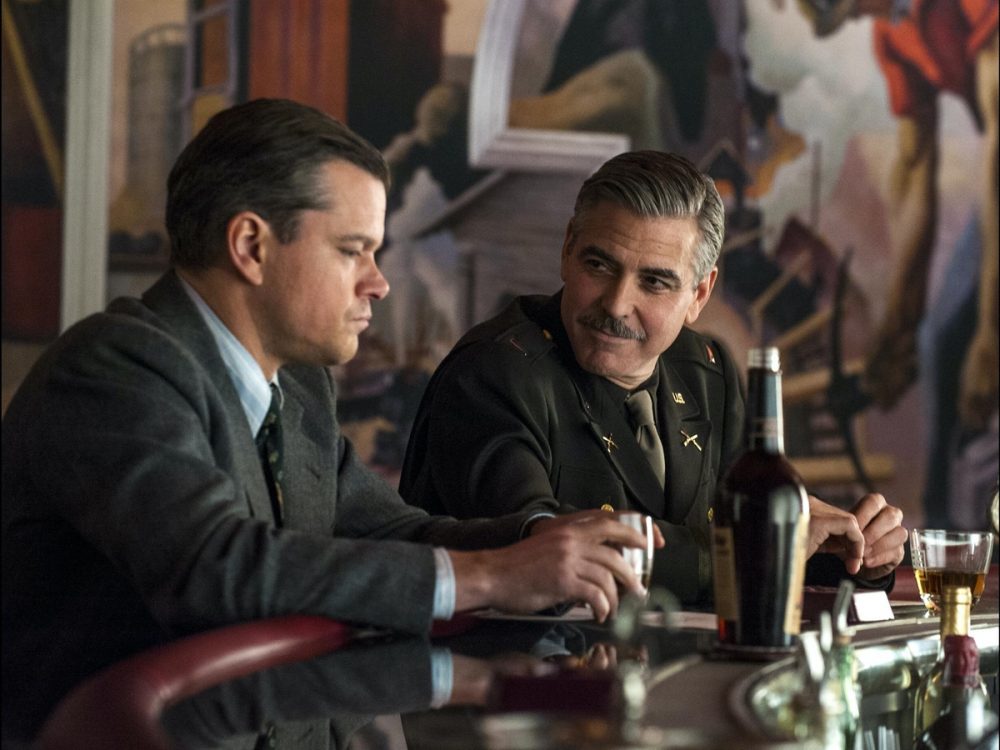 The bar secne between Matt Damon and George Clooney was disturbingly similar to that in Ocean’s 11 between Clooney and Brad Pitt.  Maybe George was deliberately referencing scenes he liked.  There were echoes of Three Kings in there too.

There are also some script and semantic incongruities.  Clooney‘s character talks about lives being more important than a piece of art – yet his men are put in life-threatening siutations to rescue pieces of art.  He purports to be all about the art and how important it is to find and preserve – but in a voiceover, sardonically says ‘it seems the Nazi’s cared more about art than people.’

So if Nazis care about art, it’s bad – but if Americans care, it’s good?

Of course Clooney‘s script suggests the good guys would recover and return the art to its rightful owners.  In the real world, that would not be the case.  At the end of any war, to the victor go the spoils.  Not everyone’s moral compass would be calibrated to enable them to do the right thing.

The real story of the real Monuments Men is enthralling and the old photos really inspire the imagination. 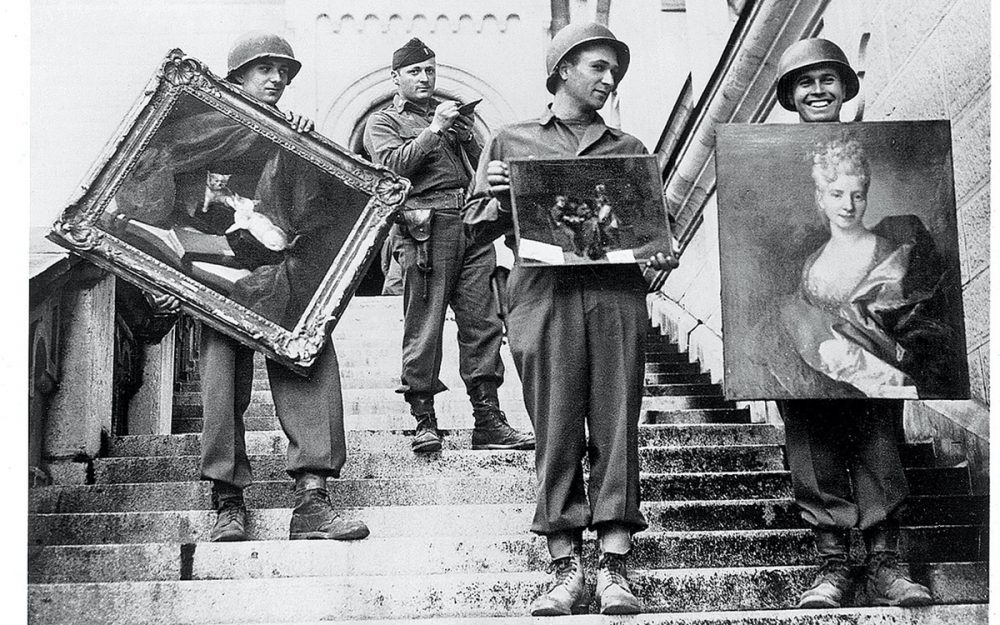 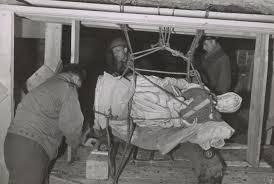 But there is one truly great moving moment – with Bill Murray.  So if you’re a fan, go see it for that scene.  You’ll know it when you see it.

The Monuments Men is a good enough film to while away time in a dark cinema.  Ignore the soppy exposition.  Forgive the shmaltz.  Check your brain at the door becuase it’s dumbed enough for a person with a 2 digit IQ to understand it.

George gives it 2 thumbs up. 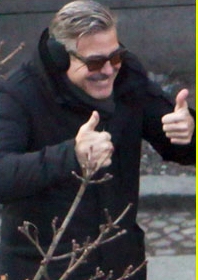