It’s about time.  If there’s was one ‘incentive’ that made my blood boil, it was this bloated piece of draining, sucky legislation that rewarded people for putting a bigger strain on the planet’s resources.

Even in June 2006 the then Treasurer Peter Costello called for parents to “have one for mum, one for dad, and one for the country”.

It defines us as less of a democracy and more of a communist country.  Don’t just be productive – be reproductive. And the rest of child-free-by-choice citizens can foot the bill via imposed taxes for the myriad of benefits and bonuses breeders are entitled to – no referendum to find out if we want to pay people out of our own pockets to add to an over-populated planet.  And don’t get me started on the added workload that workers-with-waifs put on the child-free-by-choice-citizens.  It’s expected that we can put in the extra hours at the start and end of each working day to cover for the parents with kids in daycare.  Or when they are sick.  Or they need to be picked up from school.  Or they ate Superglue.  Etc.  Etc.

Now before anyone thinks I’m callous – I will state quite clearly – I’m all for fairness and lifestyle accommodation in the workforce for ALL people – not just parents but people caring for family or friends.  But I resent being expected to just pick up the slack by people who breed and develop a sense of superiority and entitlement.  You are not better than me or more entitled to time off simply because you have performed a basic human function.

I feel sorry for people who breed and need two wages to pay a mortgage and must put kids into childcare which costs a lot of money.

But I did not breed.  I only have one wage to pay a mortgage with no safety net or a second wage to help out.  So there are sacrifices made no matter which path you choose.

To breed or not to breed – is not the question.  The question is – why should non-breeders be thanklessly expected to subsidize the breeders without so much as a referendum?

So of course I’m thrilled the Baby Bonus Scam Scheme is being scrapped as 2013 Budget predicts it will save $900m over 4 years.
And why is it being scrapped ?  The short answer is to get recipients off welfare. 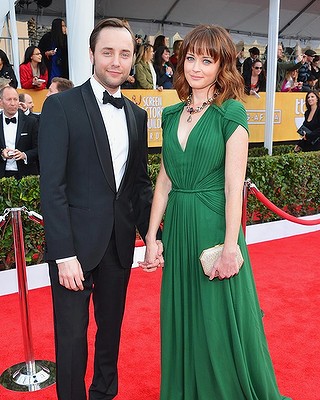 Mad Men actor Vincent Kartheiser who plays Pete Campbell just got engaged in real life to Alexis Bledel (they hooked up after she was was cast in the show to play the mistress of Pete). Kartheiser has recently announced that he doesn’t plan to have children “for environmental reasons”.  Bravo.

If you choose to be child-free – there are sacrifices that come with that – like parenthood and that wonderful so-called unconditional love a child has for one or both of its creators.

If you choose to have children there are sacrifices too – in terms of career and free time.
Whatever our decision re: having children – sacrifices are made.  It’s just a bit rude when one group has a sense of entitlement that causes them to expect the other group to soak up the slack.

Children come at a cost.  I didn’t have children because I didn’t want that cost to come to me.  So do not force it upon the child-free tax paying citizens without asking first if this is a charity to which we want to donate.  I have my chosen charities.

And as my brother Chris pointed out to a person who berated him for donating to a charity for orphan Kodiak bear cubs when there were orphan children all over the world – ‘humans are not an endangered species.  When they are, I’ll consider stepping up then.’

I was at a luncheon two weeks ago when a lawyer was complaining that her third child will make it into childcare in 2 years time for only 2 days a week.  She currently works full time and she asked aloud – what am I supposed to do?  Then she added: ‘I make bad choices when it comes to men.’

I wanted to hurl a bread roll at her.  She expected public taxes to fund her bad choices of men.  If I was in charge of public money, I’d be advising her to get some counseling about her personal relationships and choices of men and also opt for a contraceptive.  That doesn’t cost the public tax system quite as much and it would give her more time to make better choices when it comes to men.

I made good choices when it came to men – and combined it with contraception.  So where’s my reward from the public tax pool for that?

And in truth, I did want kids at a few different points in my twenties but was not in the right situation with a man for that to happen.  So I chose another life option – to be child-free.  If people out there cannot give up parenthood under any circumstances – take on the sacrifices that come with that – and stop expecting the rest of us to pony up public funds for your personal choice and indulgence.

Oh, this is funny – the amount of prams around the inner city has so bummed-out a gay friend of mine, he rented out his apartment and bought into a more ‘adults only’ suburb.  Prams in cafes are like bringing pushbikes inside.  So he might push for a licensing system – if it has wheels, register it, pay RTA fees and associated charges – and park it outside.  A pram is a passenger vehicle.  And get this through your baby-brains – you don’t have right of way in every circumstance just because you drive a pram.  The road and footpath are there to share – have some consideration for other citizens.

Maybe taxes and fees on prams as vehicles can go towards funding the tax breaks the breeders need in this first world country. 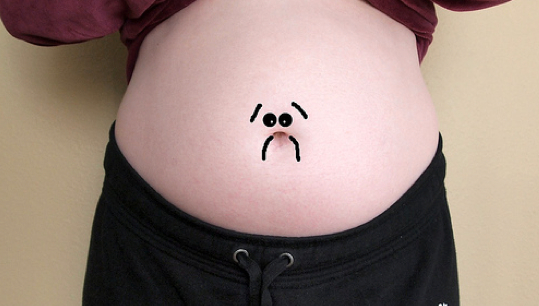 Oh and I had to laugh at the hypocrisy of this one.  A breeding friend of mine eagerly grabbed at the Baby Bonus – twice – and relished in the public money that came her way for doing what comes naturally and what she was going to do anyway with or without the money.  Then when we were watching a news report about people selling babies to childless couples wanting to be parents, she was horrified.  She yelled out ‘that baby is a human being!  It should not have a value measured in dollars!  How can people think human beings can be bought and sold or traded for money?

That projected $900m ‘saving’ over 4 years is meant to be for the good of all – and I, for one, am relieved it will no longer be allocated to benefit breeder$.