Nha Trang is overloaded with overweight, joyless Russians.  They look like extras from the movie Wall-E.  Despite communism teaching generations to queue for food, they don’t want to do it so much anymore.  Queue jumping is now very vogue.  A Russian man liked the sound of my breakfast and liked the look of it even more.  So he took it.  And I gently took it from him with a big smile.  This happened twice with two different men.  It didn’t bother me at all.  In fact, I found it amusing.

Flights from major cities such as Moscow now go direct into Nha Trang.  The main beachfront looks like the Gold Coast on a bad weather day with a rip running the entire length of the water’s edge.  A constant, disgruntled wind is also the fun police.  So lying around on the sand is hard work.  And getting the sun to come out and play is like getting a Gen Y-er to get off facebook long enough to have an actual good time instead of a virtual one.

Nha Trang is the place you’d come to for a summer holiday – if you lived in Siberia. 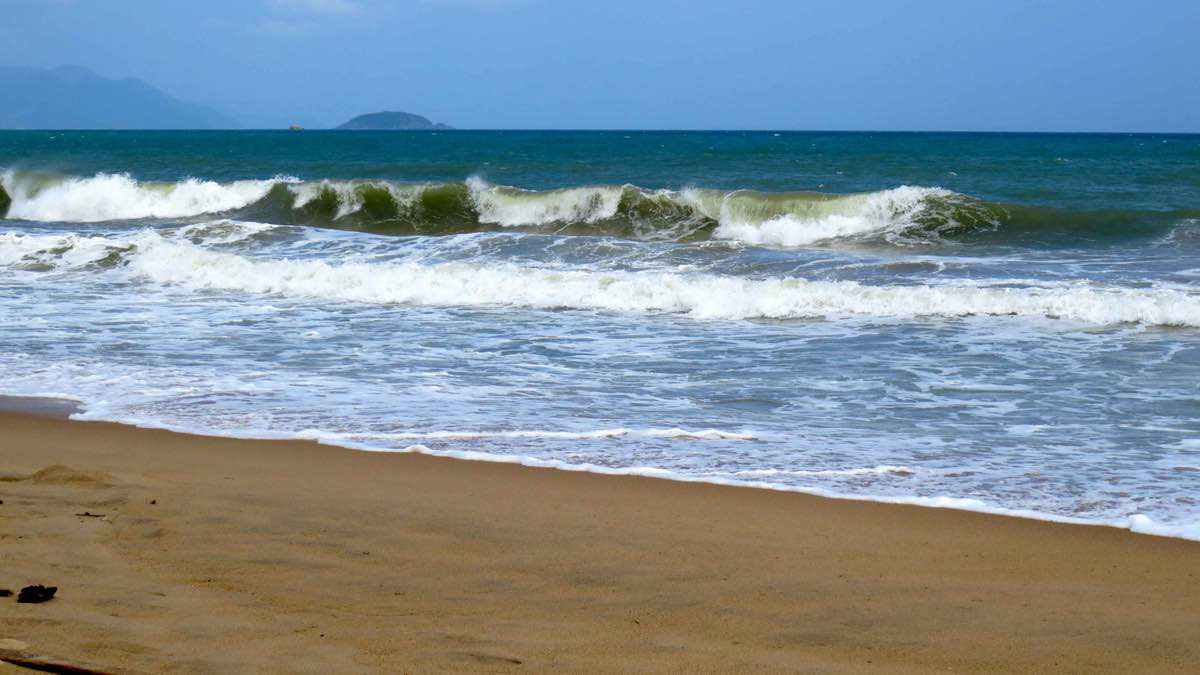 When it comes to the main beach of this seemingly sudden, accidental suburb of Kiev, my advice is – get out of there as fast as you can.  Literally head for the hills as if a tsunami is about to bust in.  Get the hell outta Dodgy Town.

There’s plenty of great stuff to see and do – beautiful surfing beaches, monkeys, mineral mud baths and local lunches.  The prawns were soft and suspect.  But what the villagers can do with tuna is divine.  I love fresh lobster… 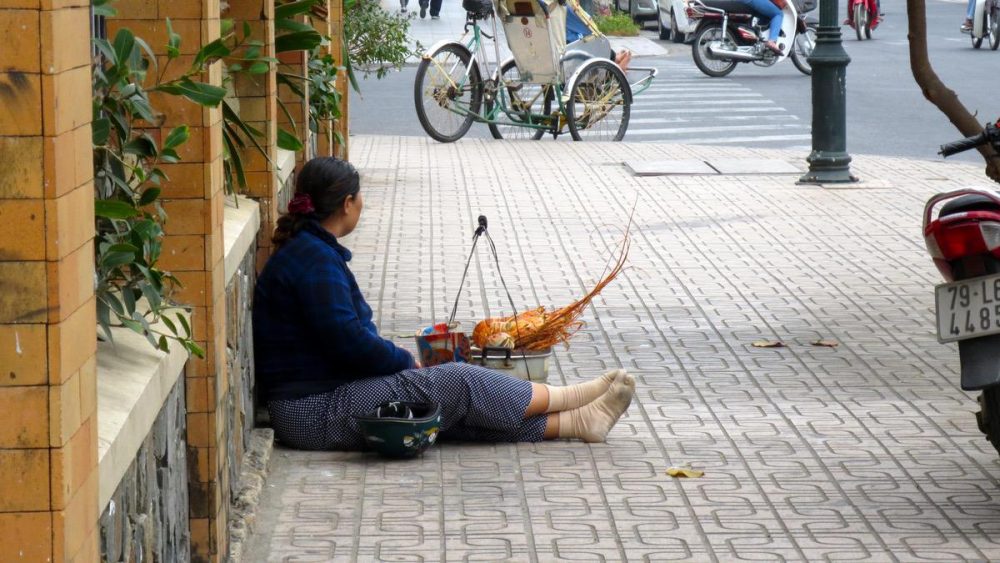 …but room temperature shellfish for sale on the side of the road collecting road traffic pollutants may not be the best choice. 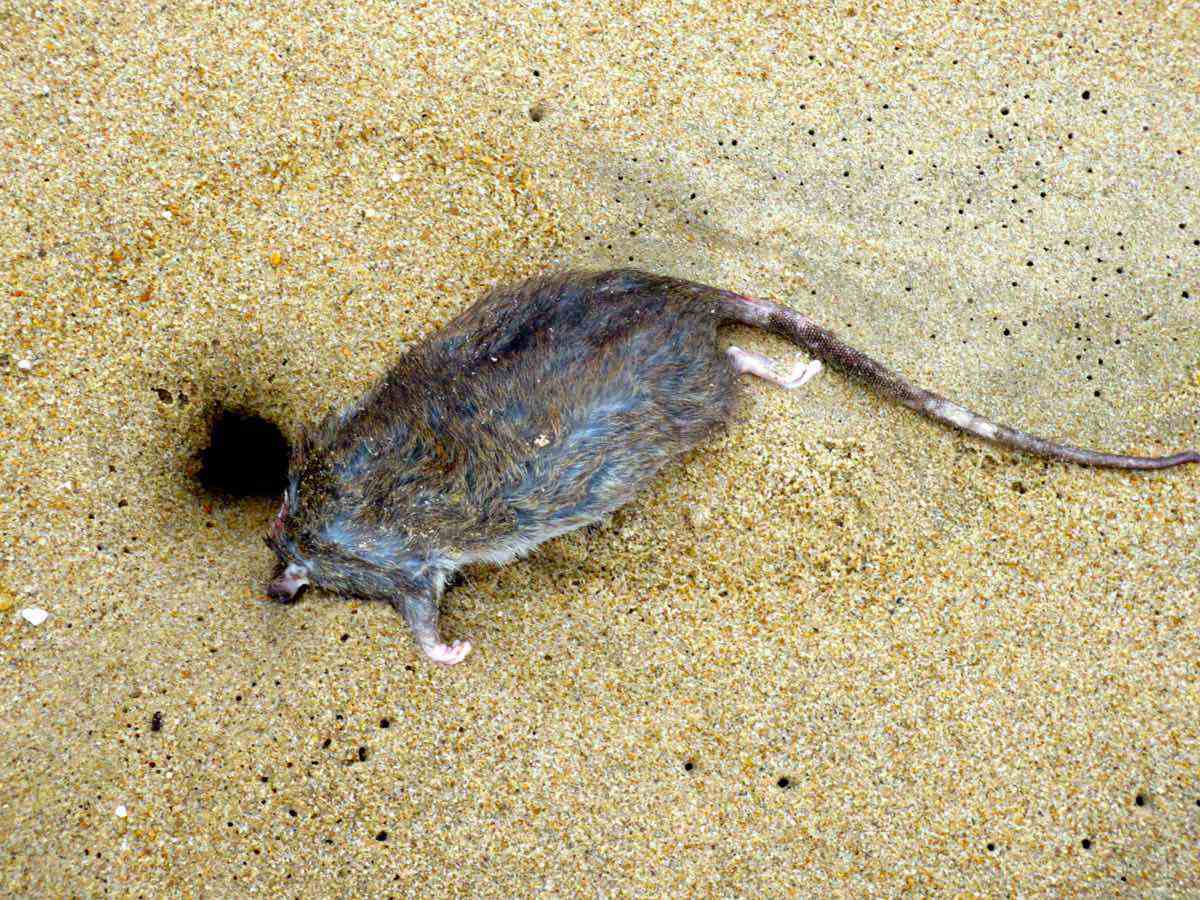 Right near garish resorts dominating the coastline with their sturdy structures boasting breakfast buffets that make you anything but buff, are local homes on spindly legs sagging under the weight of poverty. 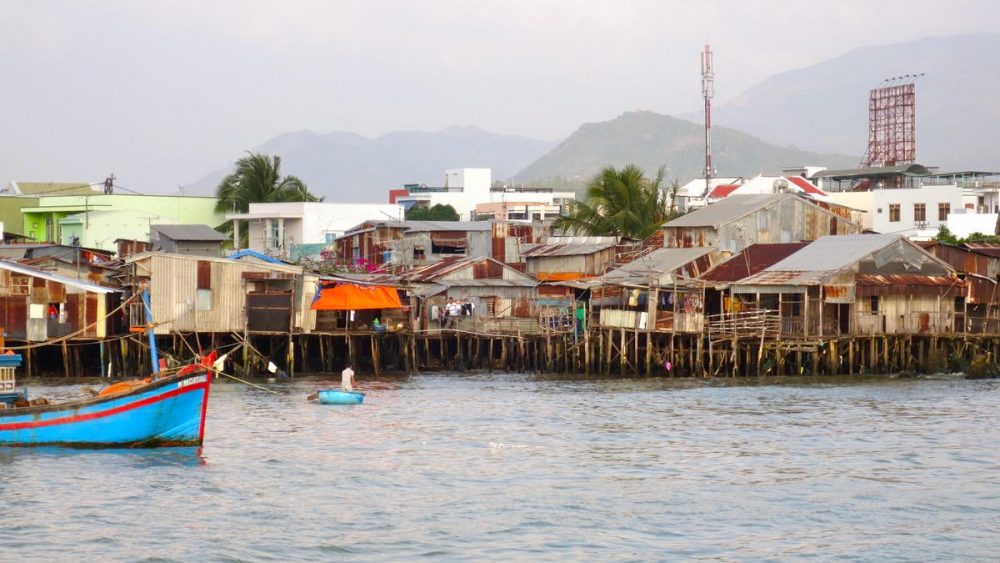 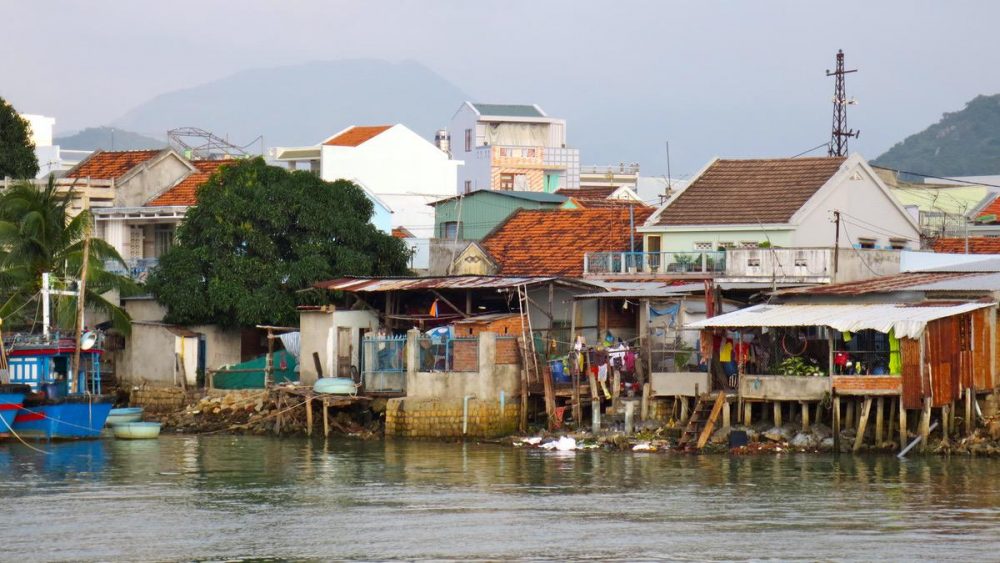 Still, the pride in fishing is celebrated with beautiful boats that brighten the semi-industrial waterways. 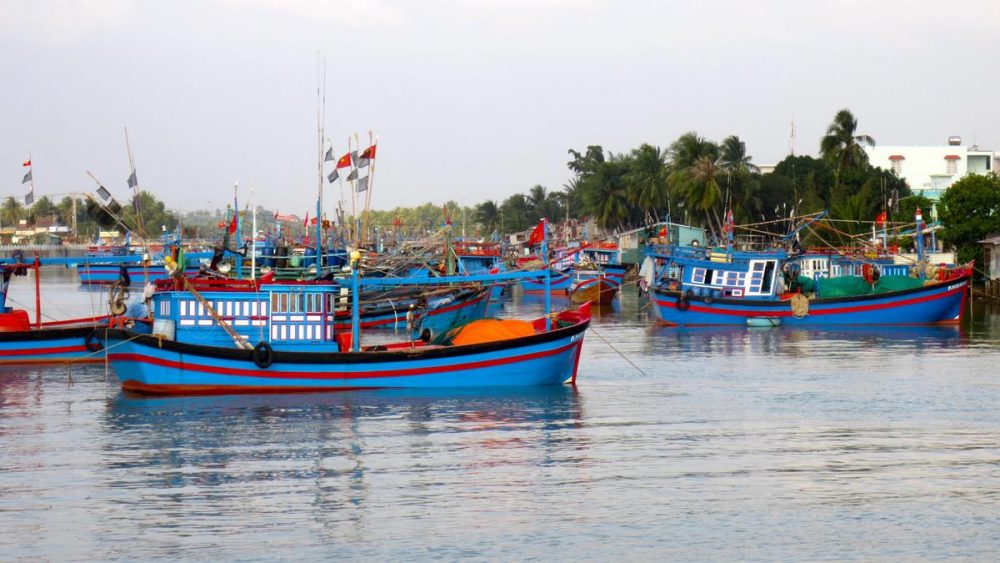 The highlight of this strip was the underground nightclub Havana.  It’s got a small, lavish entrance above ground about the size of a public toilet block.  Then it’s all buried under a beachside park.  Perfect for mega loud music.  Smoking tobacco is encouraged via Alice In Wonderland-styled hookah pipes flavoured with fresh pineapple, peppermint and others.  They sure know how to club in Vietnam. 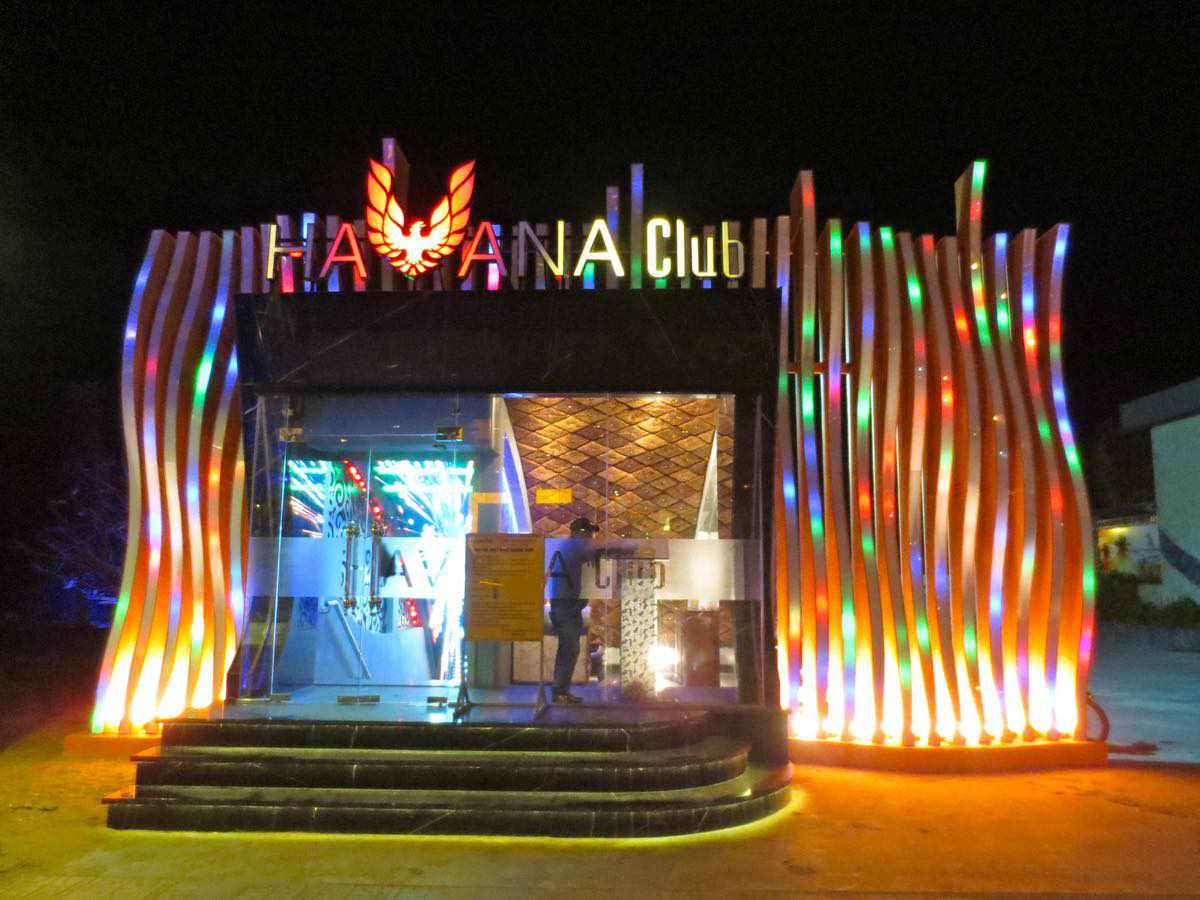 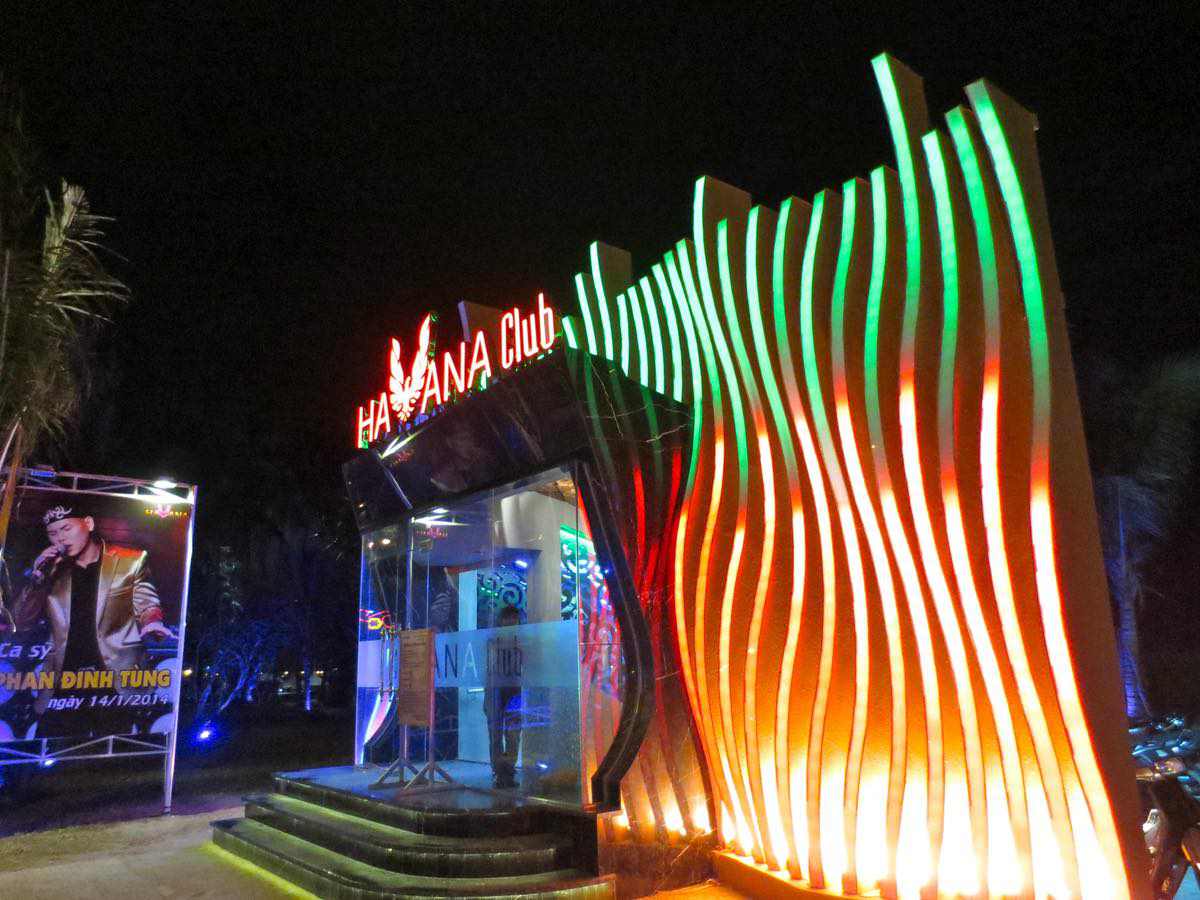 And just like the end credits of The Hangover movies, I had to find my camera to see what we got up to last night.

Wow.  Love the photo bombing in this one. 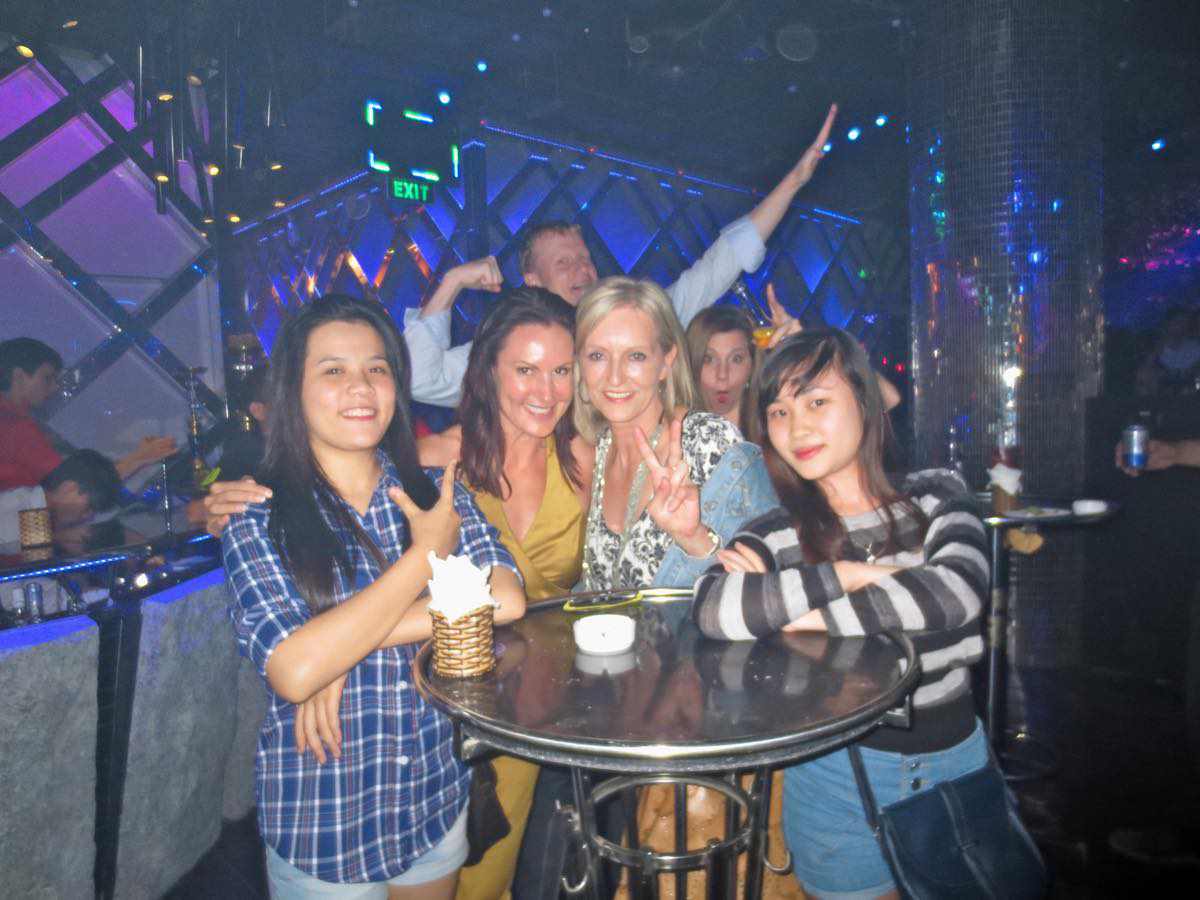 Then a few margaritas later… 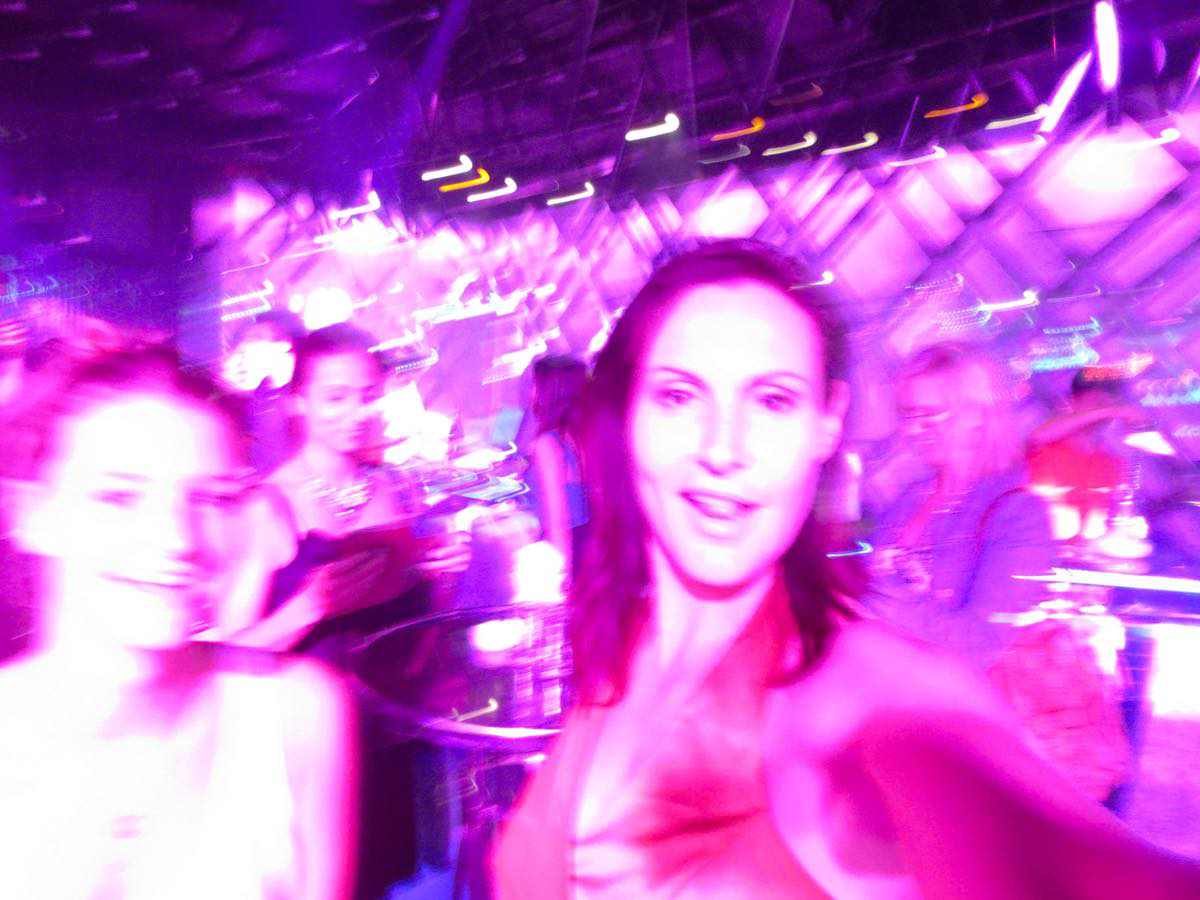 And let’s stop there.

Getting sunnies and spex is a joy in Vietnam.  They tested my eyes, put prescription lenses in 2 pair of sexy (!) reading glasses and 2 pair of great sunnies AND they fixed the hinge of my Ray Ban readers for free.  In Sydney, the hinge fix was $92 and there would be a 2 day turnaround.  The 3 Vietnamese optometrists gave me some of there own coffee which I loved, so they gave me a whole bag.

Just another example of the value-add and superior service in Vietnam.

Tao – the woman who spoke the best English of the 3 – decided to give me 3 of the 4 prescriptive lenses for free and asked me if I wanted to join them for lunch.

She clapped her hands.  I clapped my hands.  The guys clapped their hands.  Then there was that awkward sporadic continued applause where none of us wanted to be the first to stop clapping because it would mean our fun transaction was over.

Oh – and another bunch of signs I liked: 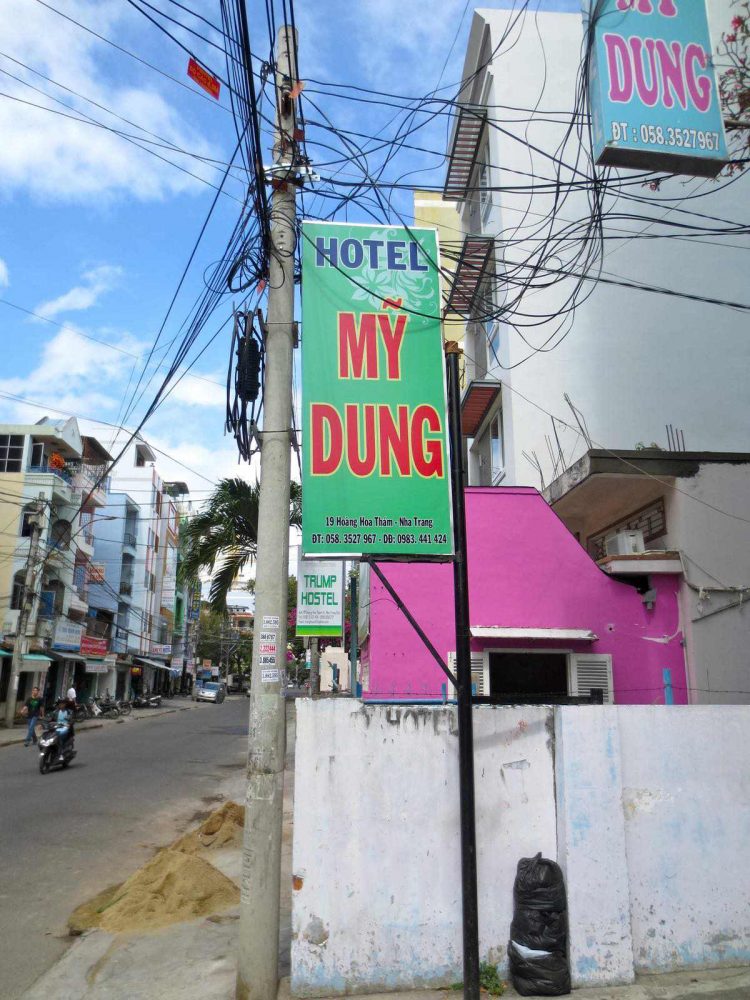 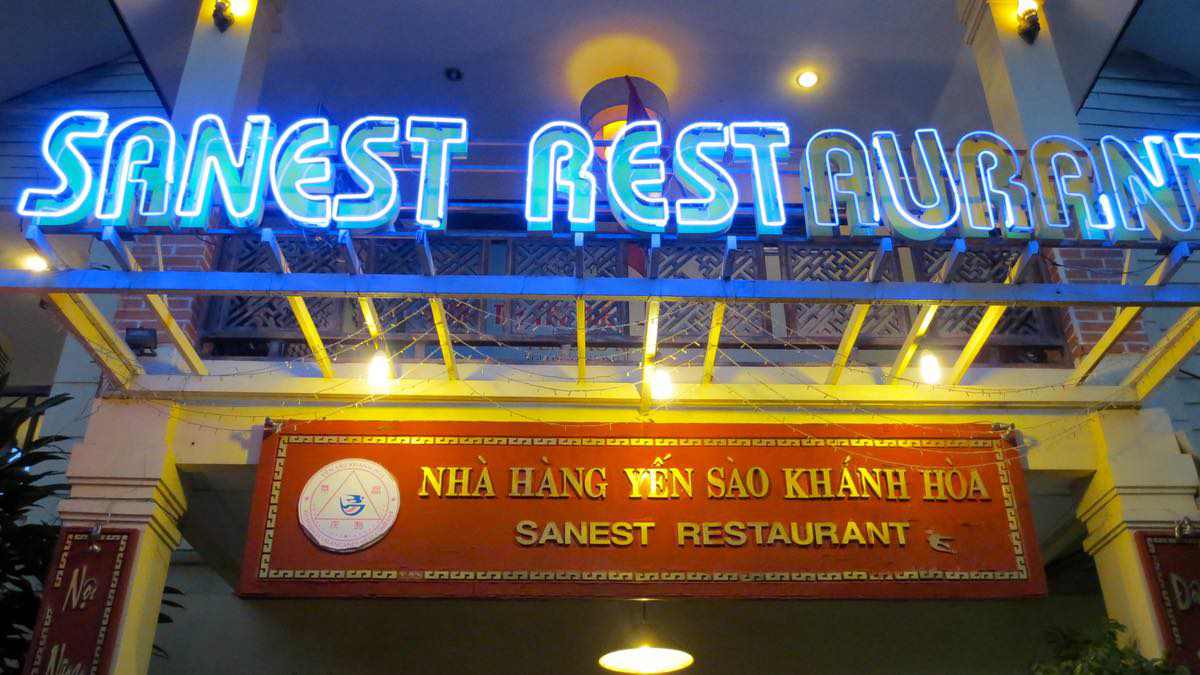 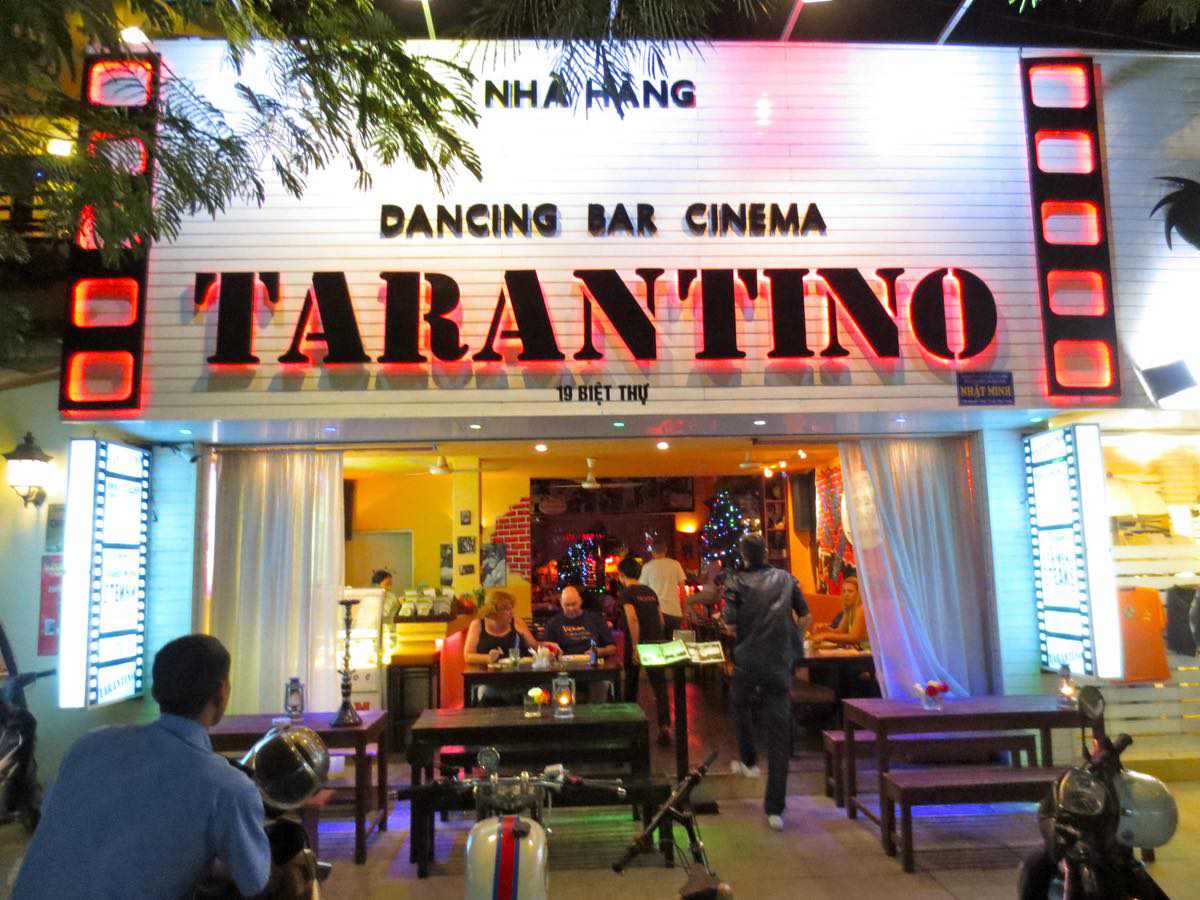 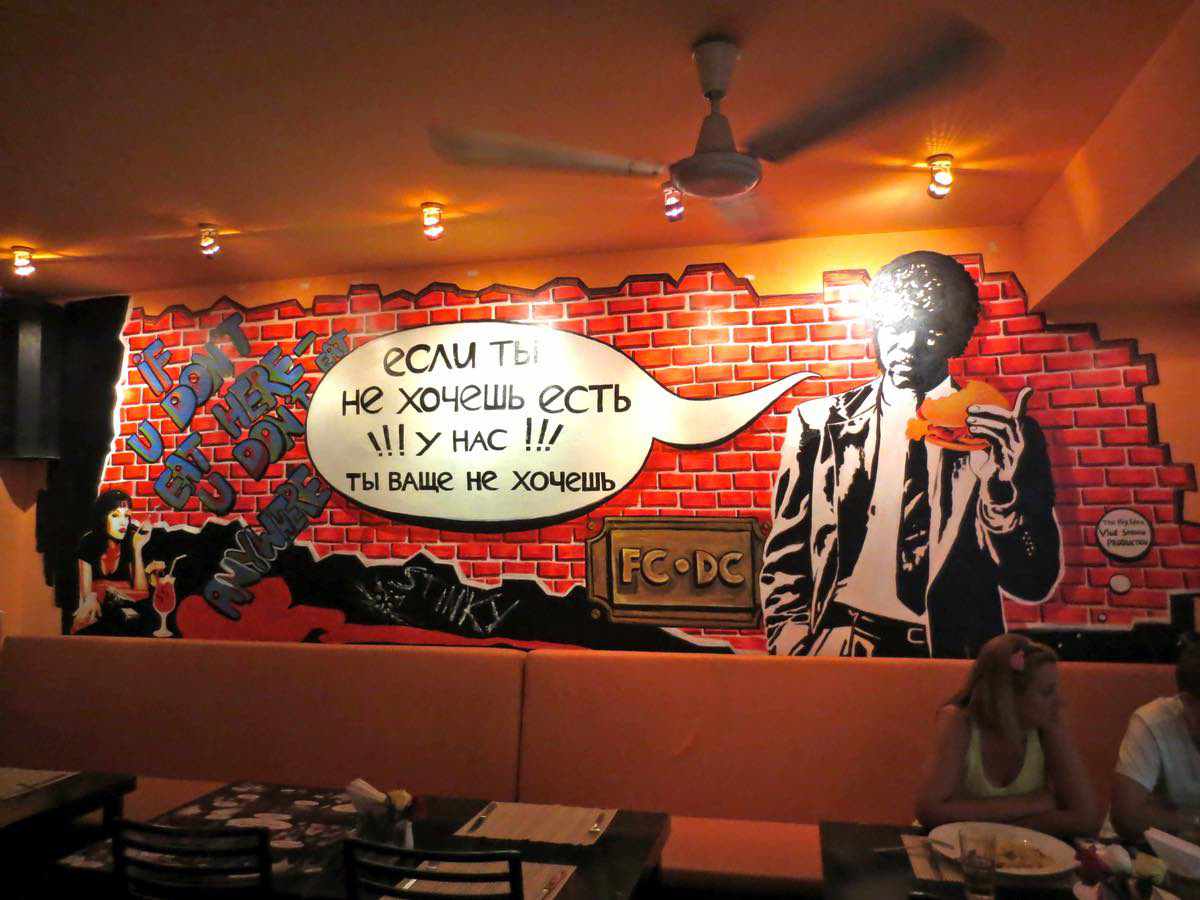 And one that is not politically correct when said out loud in English. 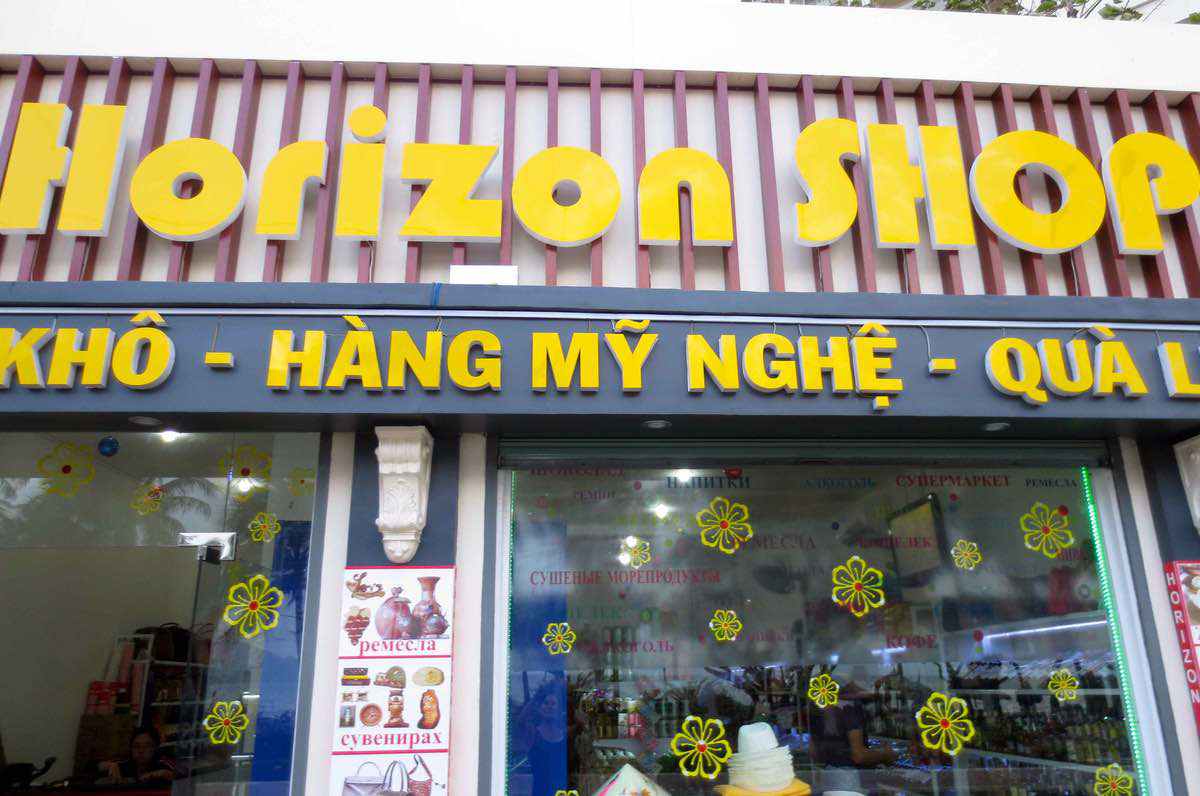 Next on my hitlist – Ho Chi Minh or as the Vietnamese still call it – Saigon.