To save himself from Guantanamo Bay and a hell life in the hands of the US, Julian Assange might need a lot of people willing to stand up and claim ‘I’m Julian!’

We know John Inman who played Mr Humphries in the UK TV show Are You Being Served? is a dead spit for Julian – but he’s deceased.  So Vivienne Westwood has stepped up to say ‘I’m Julian!’ and t-shirts have been printed to celebrate her commitment to the freedom of speech and information.

But we need more people claiming to be Julian.

It worked in 1960 for Kirk Douglas in the Kubrick-directed swords-and-sandals epic Spartacus – in order to protect their leader, the united slave rebels all claimed to be Spartacus forcing the Roman army to crucify all of them.  The clip is here:

One of my intelligent cohorts has suggested Ellen Degeneres should put her hand up Spartacus-style and yell out ‘I’m Julian!’ 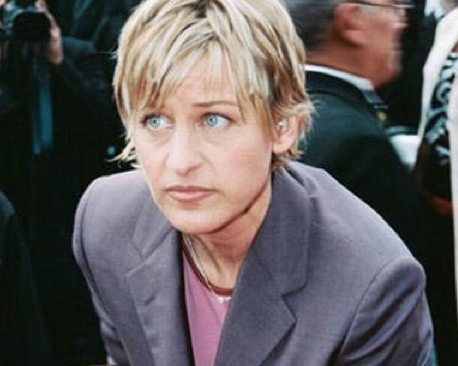