Sydney has a bunch of ‘stop’ signs dotted among a bunch of ‘no stopping’ signs.  I was a passenger in a car with a recently arrived international visitor who was faced with contradictory signs in a small area.  He braked and accelarated and braked again.  So I explained.

He asked me how narrowing the roads helped traffic move better, faster. With a straight face I gave him this answer.

‘Sydney’s logic is the reverse of Field Of Dreams – ‘if you don’t build it – they won’t come’.  Councils believe that if you don’t provide a good road system, then people won’t drive their cars.  Problem solved.’ 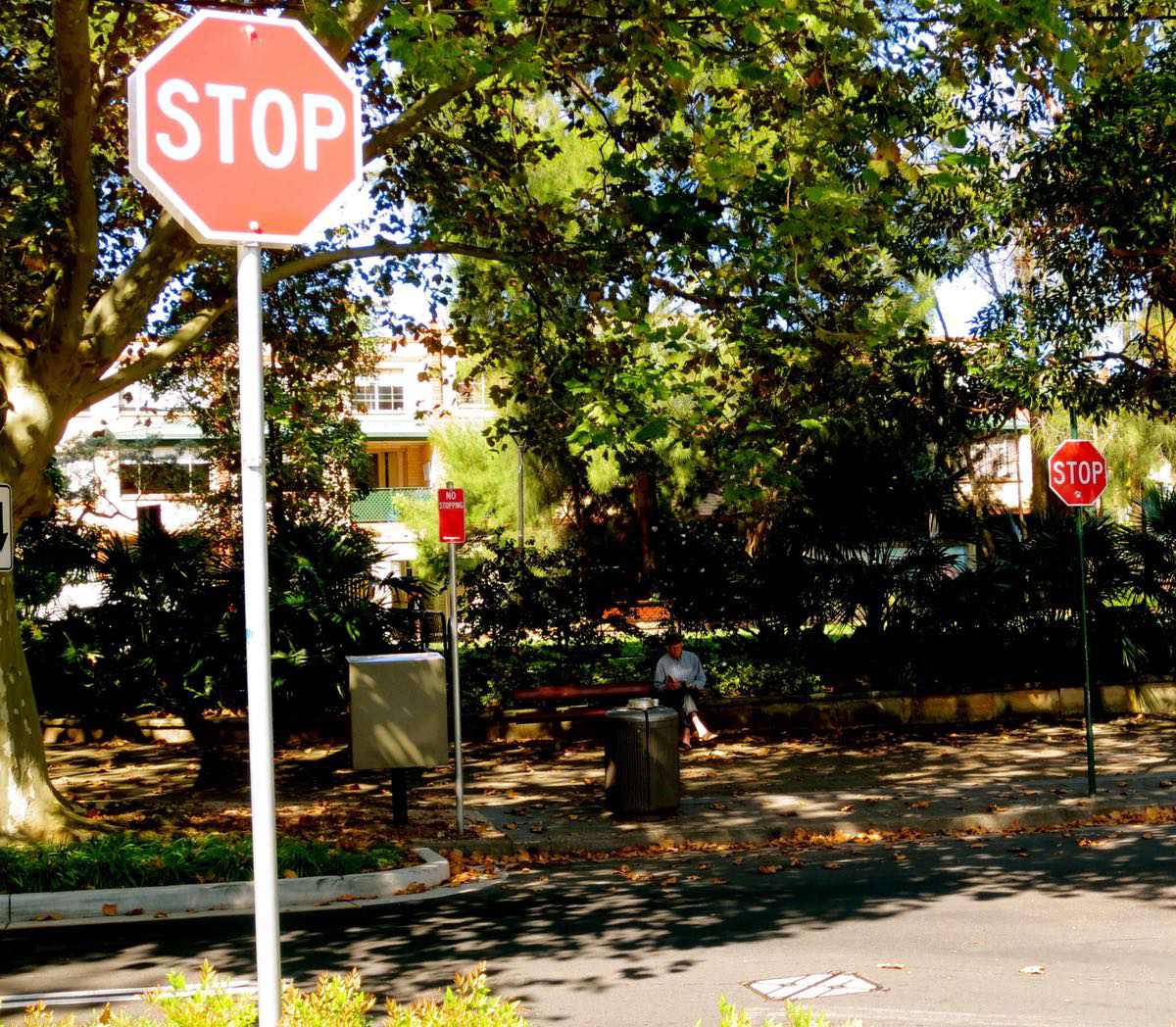 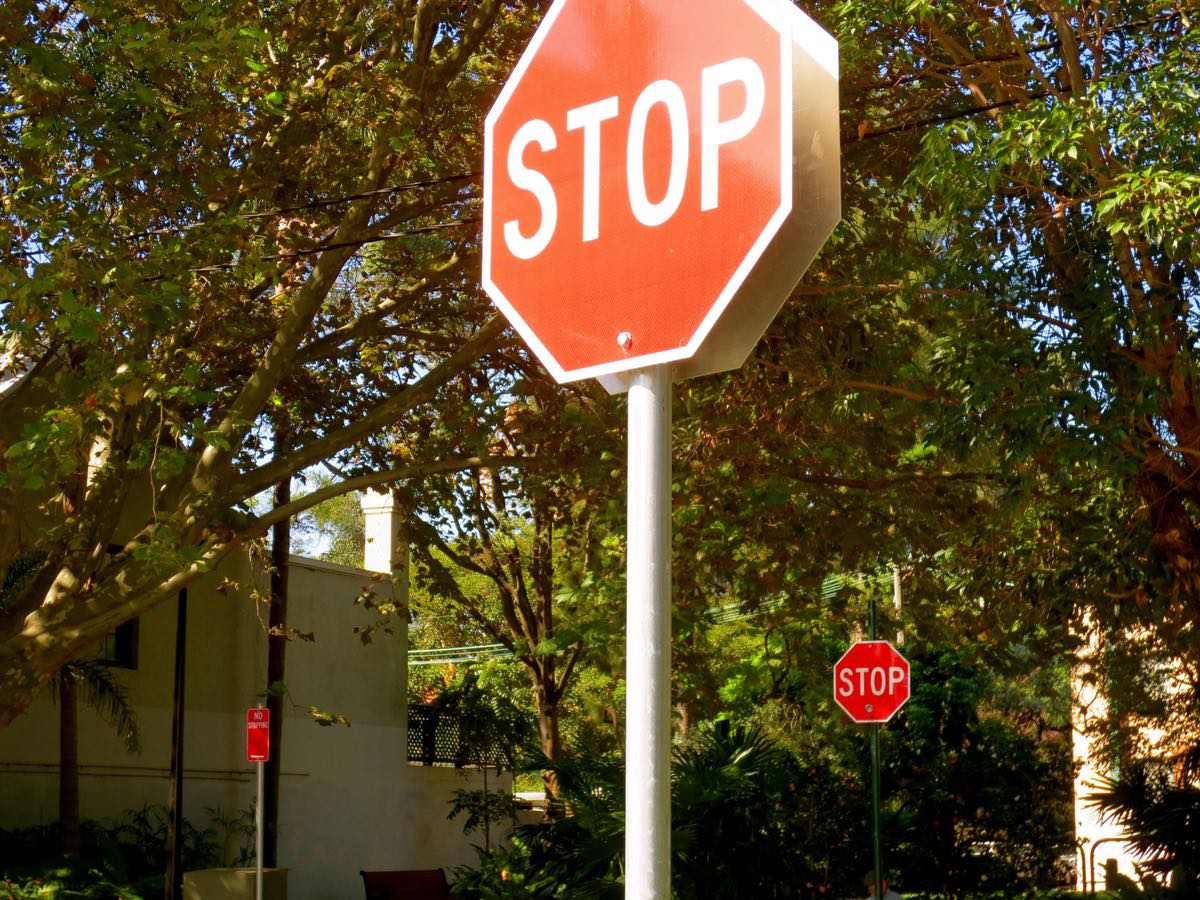 We were stationary at the ‘stop’ sign where Devonshire St meets Bourke Street in Surry Hills when 3 ‘stop’ signs were dotted among 3 ‘no stopping’ signs.

‘If we don’t have lots of contradictory signs a couple of metres apart, people won’t know what to do on the roads – metre by metre.  So we have millions of signs to tell you what you can and cannot do every 1 to 2 metres of roadway.  Makes it safer cos everyone is told exactly what to do so we all do exactly the same thing on any part of any road.  That way there’s no room for error.’

Then I asked the visitor what he would do right now at this intersection faced with all these ‘stop’ and ‘no stopping’ signs for the first time.  He shrugged.  His logic and common sense were undermined by the stupidity of two conflicting messages. 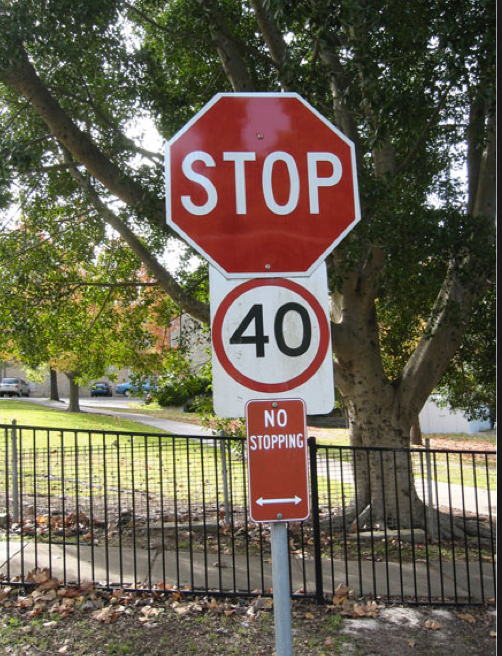 [not my photo but it is taken in Sydney]

That’s how accidents happen – even with law-abiding good drivers.

No one has to apply common sense or think for themselves on Sydney roads – just do what the sign says no matter what your logical brain tells you.  Otherwise a cop or a camera and a hefty fine will remind you not to think – just obey.

It reminds me of a book by Kogon called The Theory And Practice Of Hell.  It’s a detailed account of rules and life inside a Nazi concentration camp.  Contradictory rules were instituted to break the wills of the inmates.  If your wooden clogs weren’t muddy, you copped a beating for being lazy.  If they were muddy, you copped a beating for being slovenly.  Either way – everyone got a beating.  You could not beat the system.  You could not win.

Then I told him about the black market of driver’s license points.  Sydney-siders faced with a loss of a driver’s license due to the ‘12 point system’, can go to a backpackers’ hostel and pay a tourist to cop the rap for the offence and let the RTA chase them back in their home country for the points deduction and fine.  All the Sydney-sider has to do is submit an affidavit or a stat dec stating he/she wasn’t operating the vehicle at the time of the offence.

If we want to have safe roads – make the road rules and signs simple and logical – so that visitors, tourists and learner drivers can understand them in an instant – not when it’s too late and an accident has occurred due to blind obedience.

And it’s time to overhaul the points system instead of sticking more band-aid by-laws on a rickety infrastructure with more potholes than regional Australian roadways.

I spend so much time with my eyes off the road checking road signs, I have to brake more than normal to avoid rear end collisions.  We make laws against sending a mobile phone text message – yet there are no laws prohibiting me from scribbling a forgotten item on a shopping list stuck to the steering wheel.

If you want to see for yourself the deep-rooted idiocy of our band-aided road rules – try explaining them to an eager tourist in Sydney for the first time.  Explain that it’s a good thing for roads, traffic and business that there is only 1 hour ticketed parking around a yoga centre with 2 hour classes and a cinema screening 90 minute movies.

The absurdity of it all is comically tragic.

And just so you know, I wrote this whole blog by hand with a pen and paper while driving to the beach for breakfast.  Of course I wouldn’t do it on my mobile phone.

That would be against the law. 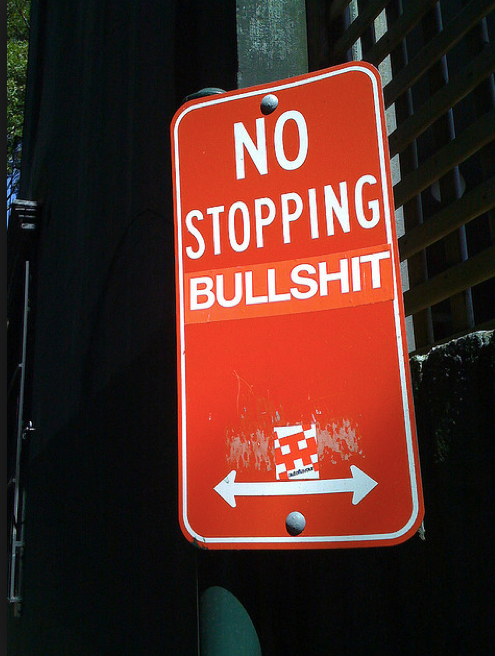