5 Good Reasons To See Behind The Candelabra

Over a year ago, I was reporting on radio that an Oscar winning team of Michael Douglas, Matt Damon and director Steven Soderbergh couldn’t use their combined weight to get an incredible movie released by a studio.

It was the story of Liberace and his companion Scott Thorson one of the greatest out, loud and proud public lives living in the closet.

At one time, he was the richest performer on the planet.  Yeah – bigger than Elvis.  My nanna gave me pirated cassettes of his piano-playing.  But I was more into Bryan Ferry at the time.  Let’s Stick Together meant more to me than Boogie Woogie.

Here are 5 good reasons to go see this movie at the cinema.

1  Liberace was outrageous.  His excesses in the 60s were 20 years ahead of their time.  By the time the 80s hit, fashion and furnishings all looked as OTT as Liberace.  Back then, the public totally bought the PR spin that ‘he hadn’t found the right woman’ when in fact he was as gay as gay as gay and was always out and about with his gay / bisexual boyfriends.  In the closet?  Liberace hid nothing – from his wealth to his love of the lads.  The public were told not to see it.  So most of them didn’t.  The rest just didn’t believe it. 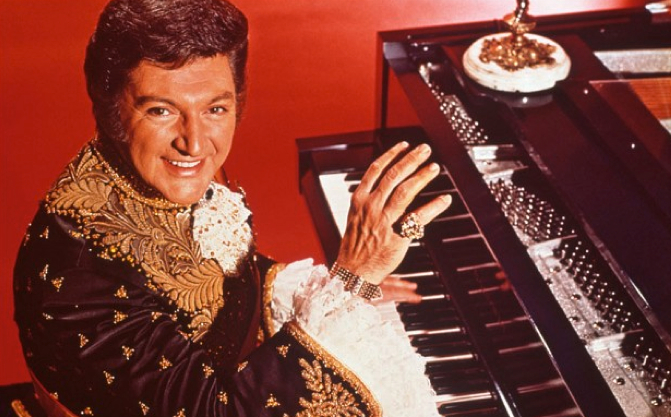 2  The script – Behind the Candelabra is laugh out loud funny from the very beginning as it takes you on a journey to an end with a tragedy just as big as the life Liberace led.  While he churned through lovers like we churn through chopsticks, the script focuses on a young Scott Thorson – the poor little orphan who by today’s definition might be considered a rescue animal – especially when you see the dramatization of the way Liberace ‘rescued’ and treated him. 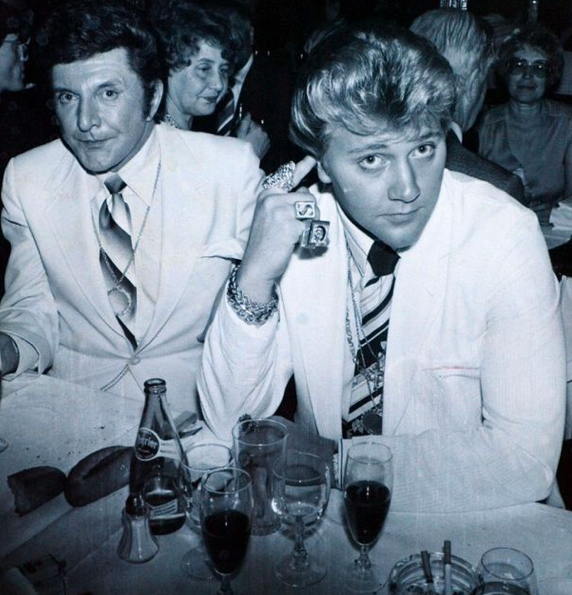 3  The performances of the cast.  Michael Douglas is just superb.  Yeah, we know he’s good but in this, he’s great.  Matt Damon is also divinely naive and the support cast is truly laugh out loud at the screen.  Scroll down to see Rob Lowe as the real life plastic surgeon who couldn’t close his eyes after a lot of facial skin stretching.  And see Scott Bakula as the friend who was close enough to Scott and connected enough to put him in harm’s way – but not close enough to save him. 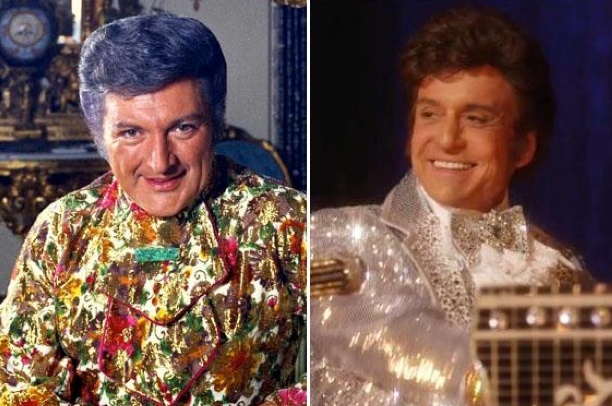 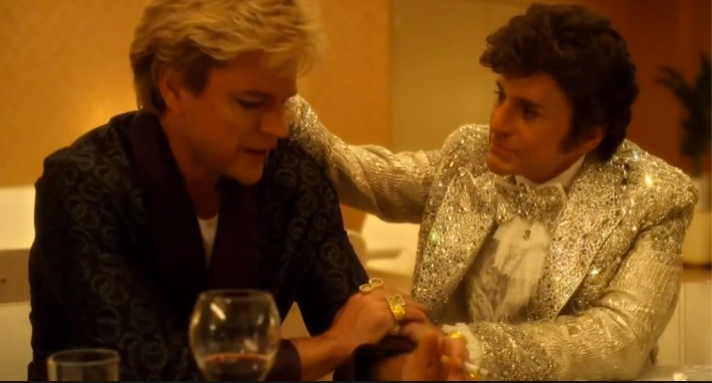 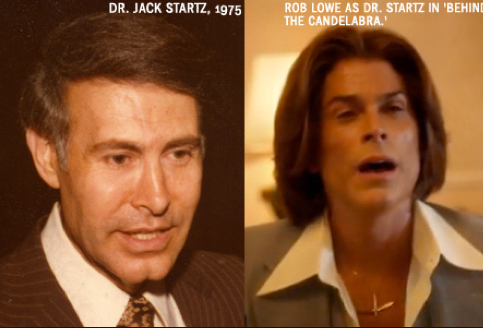 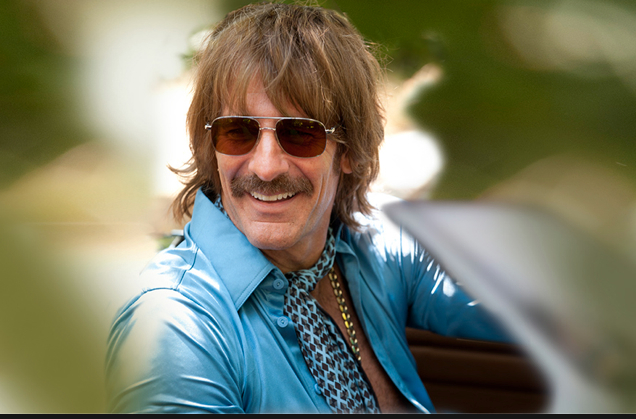 4  Soderbergh’s ability to capture moments that tell a big story.  His direction is like that old jazz cliche – you listen to the notes that aren’t played – the pauses – because they give the audible notes their meaning and weight.  It’s the little time jumps, the comedic standard of shooting reaction in a scene more than action, and the pauses on the faces of the characters that let us, the audience, get a good idea of what they are thinking and feeling.  These are the words that’s aren’t in the script but they are on the screen. 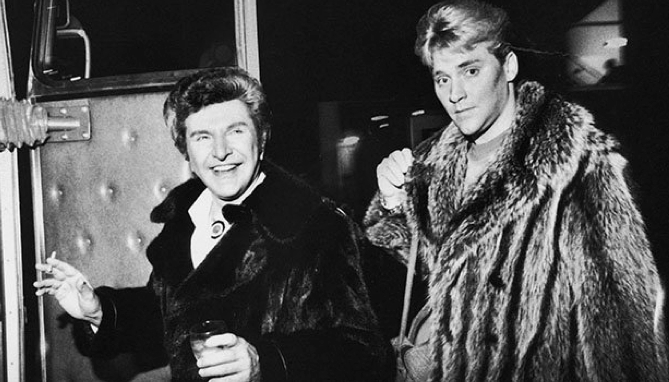 5  The pomp and the ceremony of a true one-man-show who came from nothing and created himself in a era of US history when anything was possible, everything was equally believable and unbelievable, fantasy and reality blurred creating a life experience that you really had to be there to comprehend and – the money.  The vast, showy, extraordinary wealth. 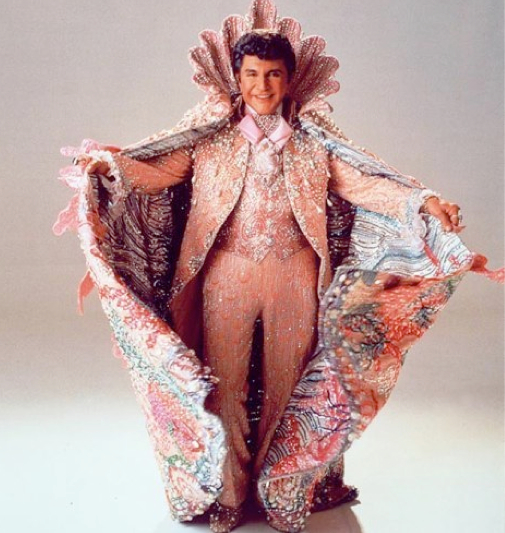 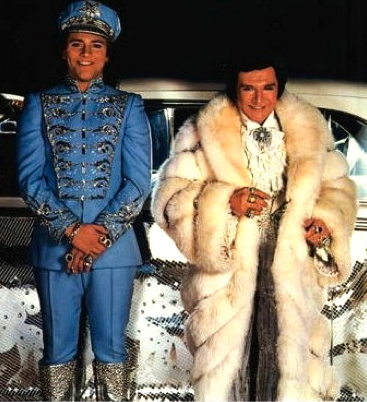 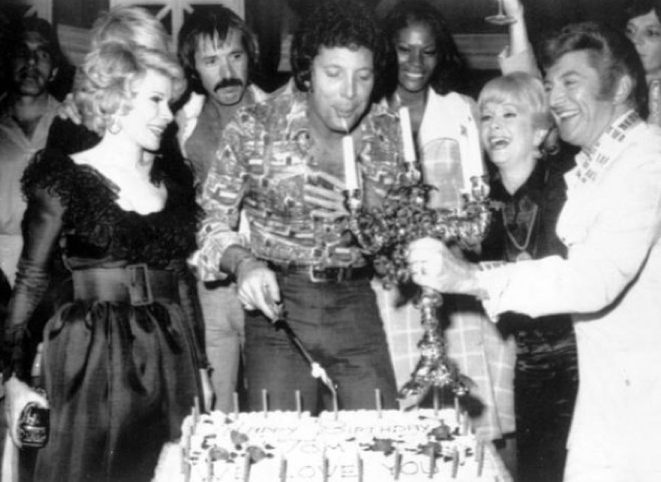 Here’s the little cutie pie Liberace adored when he was trying to adopt him. 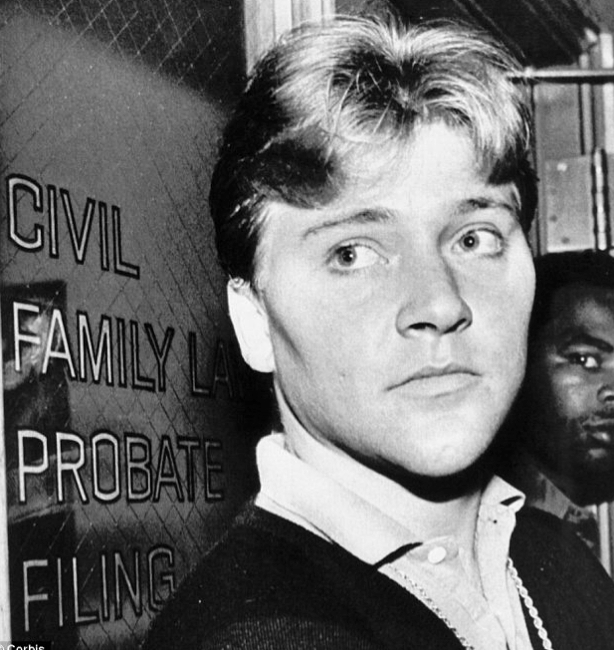 And this is Scott now.  Tattooed, aged by doing some hard jail time and nowhere near the the innocent he was when he went to live in the lap of luxury playing the role of a rescued lap dog. 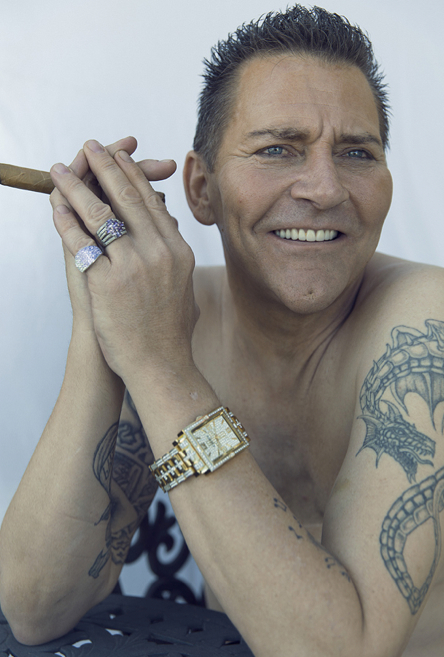 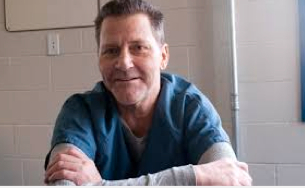 I loved this movie.  8/10
Have a look at the trailer and see what you think: